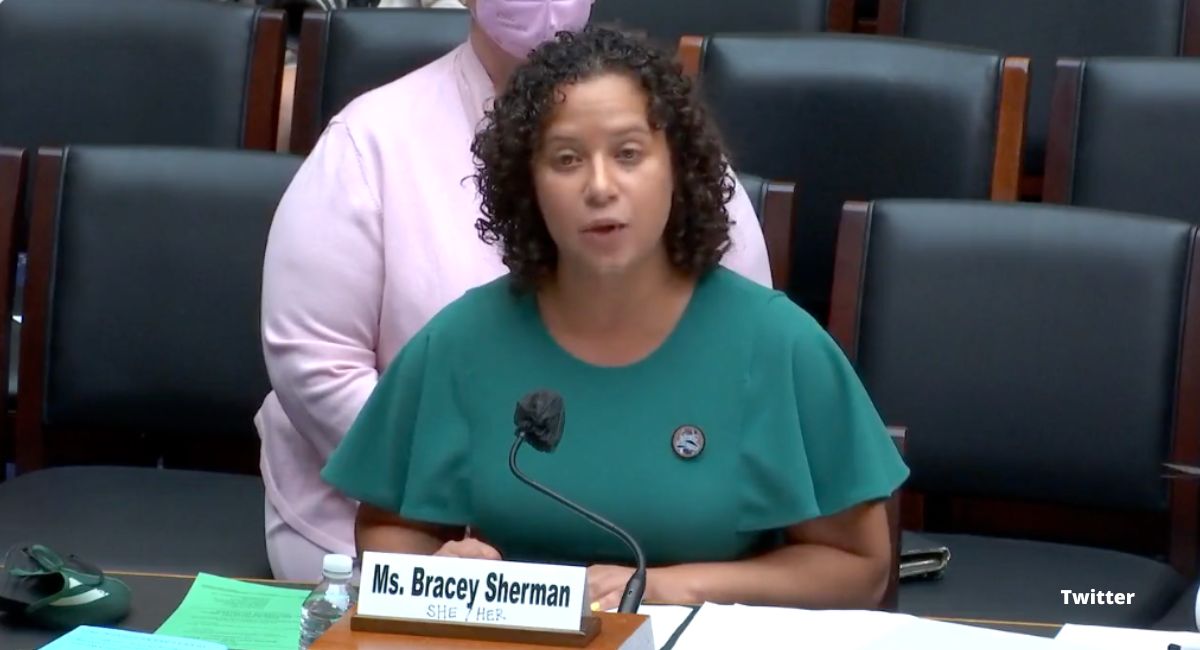 Long-time abortion activist Renee Bracey Sherman recently testified before the U.S. House Committee on Energy and Commerce, speaking about abortion in the wake of the overturning of Roe v. Wade. Though her argument was meant to be in favor of abortion, she only showed how much heartbreak abortion can bring to families, even decades later.

Bracey Sherman is the founder and executive director of We Testify, an organization representing post-abortive women. Sherman herself had an abortion at the age of 19, which is one of the topics she discussed. “It was one of the best decisions of my life because it freed me from a toxic relationship and it was one of the first decisions where I felt fully in control of my body and my future,” she began. “Like many of your constituents and loved ones, I was working a retail job, earning quarters and dimes above the minimum wage, and couldn’t afford gas in my car to get to work or the birth control copay which was $120 at the time. But, no matter what, I didn’t want to be pregnant and that is enough of a reason for me to have an abortion.”

She continued on, begging lawmakers to restore access to abortion, and complaining that many women now have to travel to undergo an abortion. Yet it is here that her story began to get emotional, as she spoke about how she considered harming herself in order to kill her preborn baby.

Pro-abortion Democrat witness: I drank an "unsafe amount of alcohol" and "considered throwing myself down the stairs" to kill my unborn baby pic.twitter.com/zQj5C9HMPd

“Shortly before my abortion appointment, I didn’t know if I could hold on. I didn’t think I could be pregnant for one more moment. I hoped it would all go away,” she said. “When it didn’t, every day I considered throwing myself down the stairs as I had seen in movies and history books. One night, I drank until I couldn’t any longer, believing that it would cause a miscarriage. It didn’t work. Thankfully, I went to my appointment and received my abortion—that was when it was legal in every state.”

Bracey Sherman clearly seems to be describing signs of severe depression. What would have happened had she gotten treatment for her psychological distress instead of an abortion? If someone had offered her a lifeline, giving her 19-year-old self resources, a better paying job, and the ability to parent her child, would that have allowed her to choose life instead? Unfortunately, it’s a question that can never be answered.

But that wasn’t the only heart-wrenching story Bracey Sherman shared. She proceeded to discuss how her mother aborted her sibling, and how she was told that her mother chose to keep her.

“I owe my life and my ability to sit here today to abortion access; not only my own but because a Black woman was able to have an abortion not too long after Roe v. Wade made it legal in Illinois,” she said. “She was in a relationship that wasn’t serving her and the abortion allowed her to leave and meet a man in nursing school. They married and had a child. That child was me. As my mother told me, ‘Renee, I chose you.’ That’s exactly what abortion is about: the ability for all of us to choose if, when, and how to create our families, on our own terms.”

There’s no way to tell if Bracey Sherman would still be alive had her mother not had that prior abortion. Is Sherman insinuating that her mother could not have survived nursing school and a job with a child? That her father would not have accepted her half-sibling? Again, there’s no way to ever know. But what we can know is the impact it must have on a person to have a parent tell them that they only exist because of the whims of a parent.

How much more easily could Bracey Sherman have been the sibling her mother didn’t choose? Whatever her feelings on that possibility might be, there is no doubting that she has clearly internalized that statement from her mother. While in a so-called best-case scenario, someone may choose to have a child, as Bracey Sherman and her mother both show, sometimes a “best-case” scenario isn’t possible. From the moment of fertilization, a new, independent life has been created — another human being completely separate and individual from his mother who deserves the right to life and is a person, not a choice.