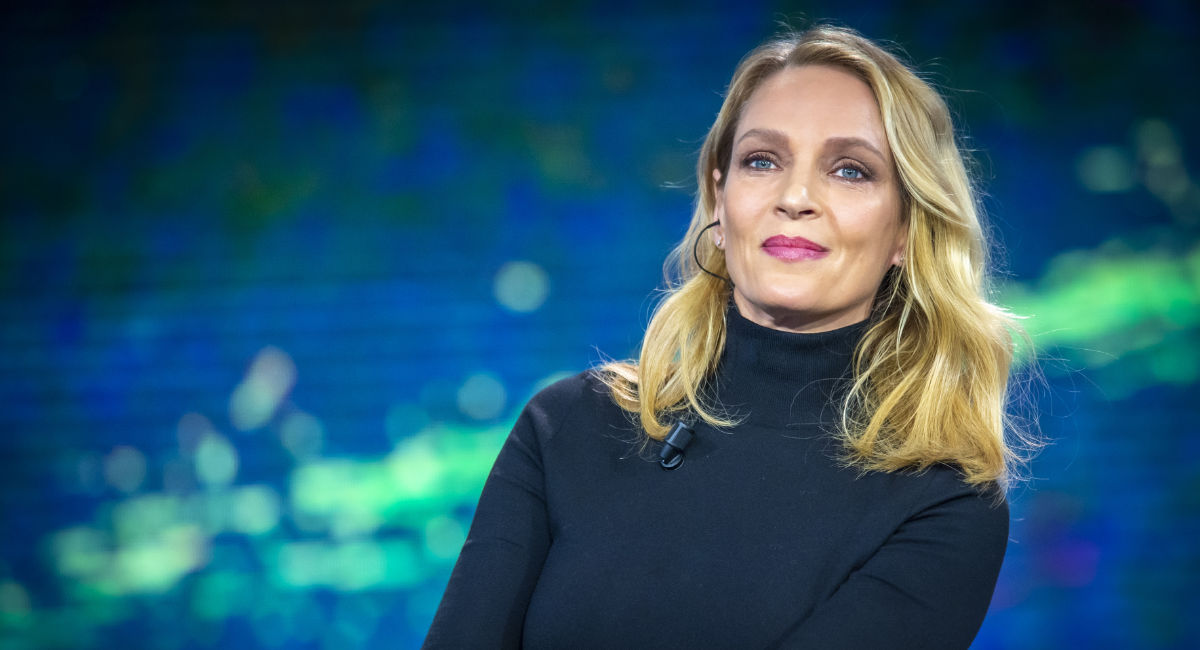 This week, in an Op-Ed for The Washington Post, actress Uma Thurman used her voice to advocate for the right for Texas women and girls to have abortions by revealing to the world her “darkest secret” — an abortion she underwent as a teenager. She wrote the essay in an attempt to show that the Texas Heartbeat Act, which restricts abortion to before a preborn child’s heartbeat can be detected, is an attack on women’s human rights. But nothing about what happened to Thurman proves that abortion is either necessary or beneficial to women.

In 2018, Thurman told The New York Times that she was raped at 16 by a man 20 years older than she was. At the time, she was living in her studio apartment in Manhattan. In her recent piece for The Washington Post she said, “In my late teens, I was accidentally impregnated by a much older man. I was living out of a suitcase in Europe, far from my family, and about to start a job. I struggled to figure out what to do.” Heartbreakingly, she added, “I wanted to keep the baby, but how?”

It is unclear whether Thurman was a minor (and a victim of statutory rape), or whether she consented to sex with the “much older man,” and it is also unclear if the man mentioned in the NYT story and the man in her WashPo article were the same person. What is clear is that Thurman has suffered a history of sexual assault, including at the hands of Harvey Weinstein.

The Texas Heartbeat Act does not include an exception for rape, and many pro-abortion individuals are deeply bothered by this. But abortion advocates’ main concern with the lack of this exception seems to be the desire to ensure a survivor’s ability to abort a child after sexual assault, rather than imprisoning the survivor’s rapist for the assault itself.

This is made obvious by the numerous cases in which Planned Parenthood has committed an abortion on young girls — some as young as 12 — who were victims of sexual abuse. As a mandated reporter, Planned Parenthood staff is responsible for reporting even suspected abuse, which includes any pregnancy of a minor under the age of consent. Instead, Planned Parenthood has repeatedly taken the money for the abortions and returned the victims to their abusers, allowing them (and others) to be further abused.

Rape and abortion are both violent attacks on a human being, and many women who have chosen abortion after rape have experienced deep regret.

Women who have chosen life after rape, however, tell a much happier story. “My son is a reminder,” said rape survivor Paula Peyton Ilari. “He reminds me that miracles still happen, and he is the greatest miracle I’ve ever held. My son is loved. He has a mama whose heart spills love for him everywhere because it simply cannot hold it all. My son is a child. He is a beautiful spark of light and hope and joy. He, like every other child, is filled with purpose. My son is love. He is God’s gift of love sent to heal my heart and draw me closer to the one who created us both.”

Thurman explained that although she was young, she wanted to “keep the baby.” Likely scared and confused, she did what most teenage girls would do — she called her parents.

“I telephoned home. My mother was gravely ill in the hospital. My father went to her bedside to discuss my options. We had never spoken about sex before; this was the first time, and it was terrible for all of us,” she said, admitting that her parents had never advised their actress daughter about sex or consent to sex. “They asked me about the status of my relationship — it was not viable — and warned me how difficult it would be to raise a baby as a teen on my own. My childish fantasy of motherhood was soundly corrected as I weighed answers to their very precise questions. I was just starting out in my career and didn’t have the means to provide a stable home, even for myself. We decided as a family that I couldn’t go through with the pregnancy, and agreed that termination was the right choice. My heart was broken nonetheless.”

Thurman wanted to keep her baby, but her parents urged her not to and offered no support for their daughter or grandchild. Few teenage girls would feel confident enough to carry to term if her parents are telling her she will be completely alone and unsupported in a world where she has clearly been hurt and abandoned on a consistent basis.

She didn’t choose abortion willingly and admits it broke her heart. She also admits that she hasn’t ever recovered from that pain, even three decades later. Nearly 75% of women who have sought post-abortion counseling have admitted to the same struggle — that they were pressured or coerced into the abortion and are suffering the emotional fallout.

That isn’t freedom or empowerment.

Thurman speaks of the abortionist who had just ended the life of her baby as a man who showed her a “gesture of humanity.” But there was no humanity shown towards her child.

“My fingers were tightly locked across my chest, and when the procedure was done the doctor looked down at me said, ‘You have beautiful hands — you remind me of my daughter.’ That single gesture of humanity is seared in my mind as one of the most compassionate moments I have ever experienced,” she said. “In his eyes, I was a person, I was a daughter, I was still a girl.”

Moments earlier this man had ignored the humanity of her baby whom she wanted to keep. Her baby had a beating heart and brain waves and by the time of his or her death was likely able to move his or her arms and legs. But in the abortionist’s eyes, that baby was not a person or a daughter or son. The child was considered an obstacle to be removed.

Thurman spoke about the abortion itself, calling it painful but saying she felt she deserved the pain. The abortion industry wants the world to believe there is no shame in having an abortion. Yet women who have had abortions, including Thurman, continue to admit that they do feel shame, even when no one else knows about the abortion. Women tell stories of how even decades later they are still haunted by abortion trauma. Now age 51, Thurman appears to be no different.

“There is so much pain in this story,” she said. “It has been my darkest secret until now. […] The abortion I had as a teenager was the hardest decision of my life, one that caused me anguish then and that saddens me even now, but it was the path to the life full of joy and love that I have experienced. Choosing not to keep that early pregnancy allowed me to grow up and become the mother I wanted and needed to be.”

As pointed out by Not the Bee, Thurman clearly referred to her baby as a “baby,” saying “I wanted to keep the baby.” But when she decided on an abortion, her “baby” was replaced by a euphemism and she was suddenly “choosing not to keep that early pregnancy.” This signals an attempt to bury the truth, even from herself — that what was ended that day was not just a pregnancy. Pregnancies end every day with the births of living babies. What ended that day was her baby’s life.

When still-suffering women justify their abortions and credit them with leading them to their currently happy life, they forget that they have no idea what their lives would look like had they not had the abortion. They don’t know what happiness they would have found, what success they would have reached if they had let their baby live. Yes, they may have beautiful born children today, a solid career, or great marriage — but there is no way to know how immensely more beautiful their lives would have been if their other children had been allowed to be born, and if they didn’t live with the pain of abortion.

It is a tragedy that Uma Thurman was denied the opportunity to be a mother to her baby and that no one helped her escape the cycle of abuse she seems to have fought her way through. She and her child were both denied the chance to live out their potential and prove that women don’t need abortion to succeed.