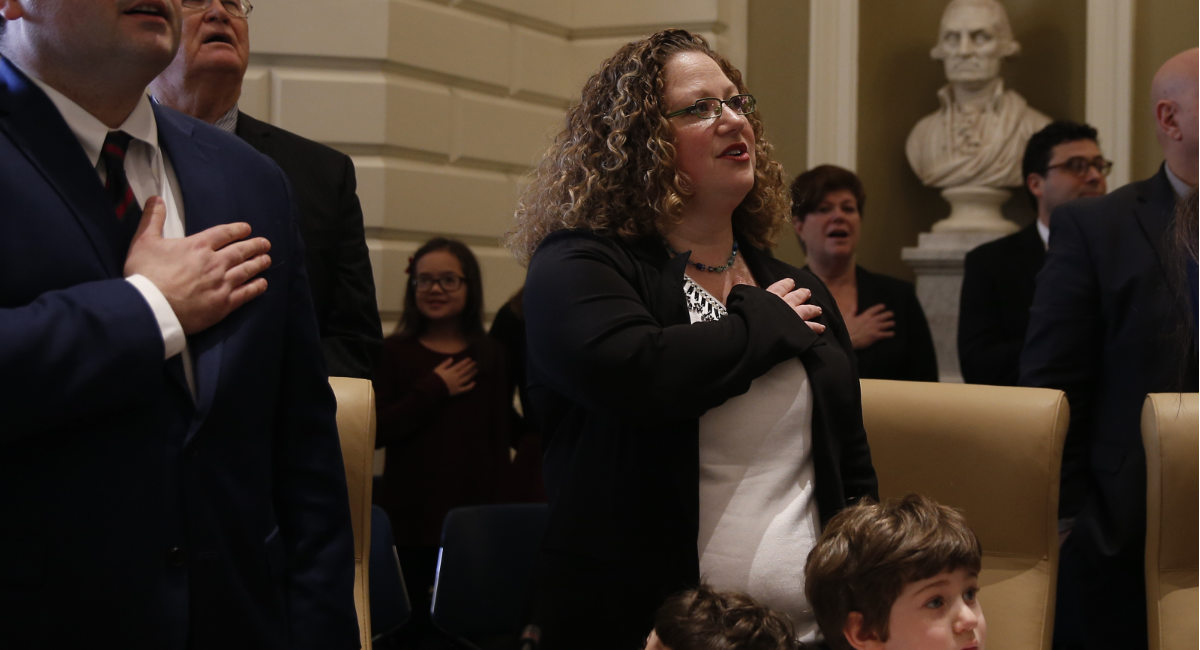 A Massachusetts senator recently delivered an emotionally charged diatribe against pregnancy resource centers, claiming that their continued existence in the state necessitated creation of a fund specifically to promote abortion facilities.

Last session… we said unequivocally, and over the governor’s veto, that Bay Staters deserve access to the full spectrum of reproductive healthcare, including abortion.

Even with our big step forward, though, we still have a problem here in Massachusetts. It’s a problem that has been flying somewhat under the radar of the overarching reproductive justice discourse both here and elsewhere across our nation.

The problem? The existence of pro-life pregnancy resource centers.

By and large, fake women’s health centers are anti-choice hot spots that disguise themselves as reproductive healthcare providers to trick people seeking abortion into entering their facilities only to then actively discourage individuals seeking medical care from getting the care they both want and deserve.

While Senator Rausch purported to shed light on the “truth” behind “fake women’s health centers,” her comments betrayed surprisingly little knowledge of how most pregnancy resource centers actually work.

Rausch is either ignorant of or ignoring the existence of medical pregnancy centers like Obria Medical Clinics, Guiding Star Project sites, other accredited Pro Women’s Healthcare Centers affiliates, and hundreds of other licensed medical facilities across the nation, whose numbers are ever-increasing. According to a report on the work of pregnancy centers in 2019, approximately 79% of PRCs are now considered medical.

According to a Live Action News article on that report:

Over 10,000 licensed medical workers provided care at PRCs as either paid staff or volunteers. This amount reflects that 25% of the paid staff and 12% of the volunteer staff were medical workers. These credentialed individuals provided “ultrasounds, medical exams, STI/STD testing and treatment services, well-woman exams, fertility awareness-based education, prenatal care, lactation/breastfeeding consultations, and more,” the report states.

According to NARAL, some of these fake women’s health centers even claim to provide abortion care to get pregnant people in the door, and then once inside attempt to dissuade them from abortion care through anti-choice propaganda. One of Massachusetts’ chains of fake women’s health centers actually has ‘abortion’ listed on its website as one of its options, deceiving pregnant people into thinking that abortion services are provided at this location. This section of their website is filled with false and intentionally misleading statements about abortion. Then, to give credence to the anti-choice rhetoric, the site throws in a smattering of at least somewhat accurate information about abortion care. It wasn’t the only anti-choice site I saw with this type of content.

Live Action News has repeatedly addressed claims that PRCs engage in “deceptive” or “false advertising” frequently made against PRCs by the abortion industry simply because they do not commit or refer for abortions. It also appears that Rausch’s source for this information appears to be NARAL Pro-Choice America — an organization that, like Planned Parenthood, was founded by racist eugenicists, and which is not exactly an impartial source on the subject of anything pro-life. (Read more in this three–part series debunking NARAL’s claims about pregnancy centers.)

Rausch was incensed that, in her words, even “the external appearance of these fake women’s health centers can be intentionally misleading. One such center in Wooster specifically uses the same pink color as Planned Parenthood for this express purpose, and is only a few doors down from the actual Planned Parenthood.”

Pregnancy resource centers exist not just in Massachusetts, but exist across the U.S. and even internationally, offering tangible, life-affirming help for mothers, babies, and families. There were 2,700 in the United States at last count (2019), and they help about two million people every year, with services valued at $266 million annually. About 90% of the funding for PRCs comes from private donations.

But Rausch apparently disagrees with the availability of options other than abortion, calling PRCs a “significant healthcare access and consumer protection problem.”

In response to this perceived injustice, her Amendment 522 “aims to ensure that people seeking abortion can locate the real clinics providing actual healthcare. This is accomplished by allocating $50,000 to the Department of Public Health to create, maintain, and publish an opt-in, optional list of real healthcare clinics.”

Rausch’s frustration can apparently only be remedied by the use of taxpayer funds to promote for-profit abortion centers. Perhaps most disappointingly, Rausch’s emotionally charged but factually lacking tirade appears to be influencing actual policy impacting actual pregnant women in her state.

Her verbal attack is simply the latest in a sadly predictable trend amongst the media, politicians, and the abortion industry itself to mischaracterize the life-saving work that pregnancy resource centers are doing every day, often without public funding and usually for free.

Rausch cannot conceive of a world that does not support abortion wholeheartedly and “unequivocally.” Pregnancy resource centers are a threat to people who think like her because they serve as a front-line reminder to both pregnant women and the world that abortion is not just another “medical procedure,” like having a tooth pulled.

Abortion is the intentional, irrevocable destruction of an innocent, vulnerable preborn human being.