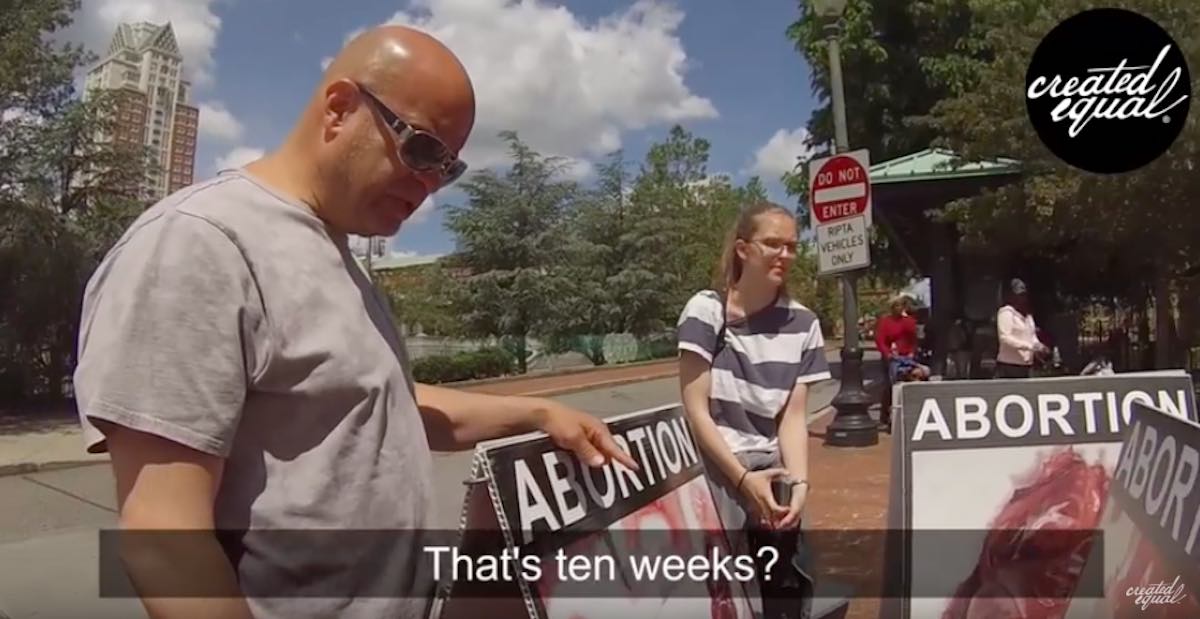 Pro-life activist group Created Equal has shared a video showing the powerful impact of one of its pro-life displays. In the video, a man walks up to view the group’s photographs and appears to come to the realization that abortion truly is the taking of a life.

As the man walks up to the display, he is moved by the group’s posters, which show photos of aborted babies at different stages of development. He appears amazed when viewing the images of babies at six, 10, 13 and 26 weeks.

“What do you think about abortion in general?” asks the Created Equal member who is filming the encounter.

“I mean, seeing these pictures, that’s, I mean, I never imagined, I never really…. I mean, you hear things, but you really don’t know until you see, you know what I mean? That’s confirmed 10 weeks? That’s murder,” says the man.

When asked how he felt about abortion before viewing the pictures, the man admitted that he hadn’t really considered the impact of abortion. “I didn’t know…. I had no idea… that the baby developed like that. You know, you really don’t think about things like that when you think about abortion and all this other stuff. You think it’s just, you know, a little tadpole or something.”

The Created Equal member went on to explain to the man that all of the baby’s characteristics and personality traits are determined at the moment of conception. “That’s when we have a new individual,” he told the man.

As a group, Created Equal conducts outreach efforts on college campuses and in urban areas. This isn’t the first time that the group has encountered people whose minds have been changed after viewing images of abortion victims. The positive results of these types of outreach efforts show that many Americans fail to realize the true horrors of abortion.

And as Live Action’s man on the street interviews have also shown, when people see what abortion is and what it does, hearts and minds change.