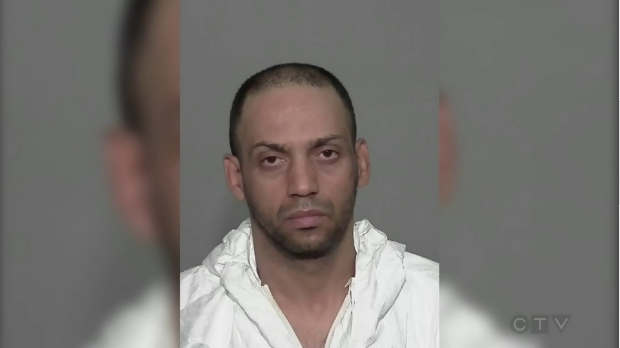 Ghazi’s wife, whose name is being protected, was 36 weeks pregnant at the time of the attack. The now-divorced couple had been married for 12 years, however, according to CBC, Ghazi is a drug addict who was under a court order forbidding him from using drugs, drinking alcohol, or having contact with his wife or being in their apartment without her consent.

On July 23, 2017, Ghazi went to the couple’s Montreal-Nord apartment but his wife, believing he was on drugs, asked him to leave. When he refused, she called 911 and Ghazi became angry and left prior to the police arriving at the apartment. Sometime in the early hours of July 24, Ghazi again went to the apartment. He stabbed his wife with a carving fork 19 times in her stomach and left thigh.

Neighbors testified on the first day of the trial that they heard screams coming from the couple’s apartment and heard the wife calling for help. She was taken to the hospital where an emergency C-section was performed. The baby was born alive with a heartbeat but died shortly after from the wounds sustained in the attack.

According to a report by CTV Montreal, Canadian law does not allow preborn children to be “victims” however if the baby were born alive such as this child was, then murder charges are possible.

The trial had begun on Wednesday but was abruptly ended when defense attorneys asked for a suspension to speak with Ghazi. On Thursday, Ghazi came back to court and pleaded guilty. His former wife was scheduled to testify during the trial, along with police and paramedics as well as crime scene technicians, but she now will instead make a statement during the sentencing hearing.

At 36 weeks gestation, a preborn child is viable and can survive outside the womb. In Canada, abortion is neither legal nor illegal. It is considered a medical procedure and therefore can be committed at any time for any reason right up until birth. A third-trimester induction abortion is described in the video below by former abortionist Dr. Anthony Levatino:

Originally legalized in 1969, abortions in the country had to be approved by a “therapeutic abortion committee.” In 1988, the Supreme Court of Canada ruled that abortion law violated the Charter of Rights and Freedoms. Parliament attempted to make a law to oversee abortion but was unsuccessful.

“It was very difficult for them to try to get anyone to agree because those who were in favour of improving abortion access did not want restrictions, then there were those who wanted to recriminalize it,” Rachael Johnstone, a postdoctoral fellow at The Balsillie School of International Affairs told Global News.

A second-degree murder conviction is punishable by an automatic sentence of life in prison, however, the sentencing hearing on September 17 will determine when Ghazi will be eligible for parole.