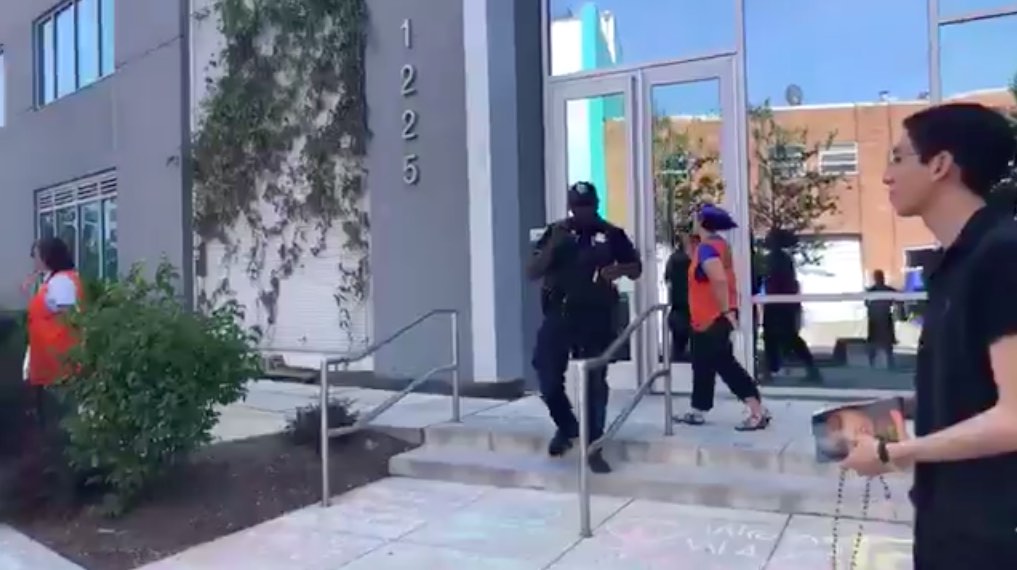 A group of pro-life sidewalk counselors was recently threatened and assaulted outside of a Planned Parenthood, according to Bryan Kemper, founder of Stand True Ministries and youth outreach director of Priests for Life. Kemper explained what happened in an exclusive interview with Live Action News.

“The person that did it was walking with his wife,” he said. “One of our sidewalk counselors was talking to her, very peacefully, and he spit on her, threw grass on her, and sort of body-checked her. Then he walked into the Planned Parenthood, turned around and walked back out, put his hand in the shape of a gun, and said, ‘I’m going back to my car to get my pistol, and I’m going to shoot all of you.'”

Kemper, who was there with his young son Survivors Pro-Life Boot Camp, said he immediately called the police, who responded and took witness statements. But after police questioned one of the Planned Parenthood escorts, the man was released.

“Because they had conflicting testimony, they didn’t have probable cause to search his car or anything,” Kemper explained. “When he left Planned Parenthood, we walked and followed him to his car, and the police came, to make sure that he didn’t retrieve a weapon. That’s when he sort of danced and started mocking us, and then got in his car and left.” Kemper confirmed that the man’s wife was at Planned Parenthood to have an abortion, and facility staffers had him drive around to a private parking lot in the back.

“He was not issued a citation or anything, due to the testimony of one Planned Parenthood escort, who said we lied about everything,” Kemper said, even though they had six sidewalk counselors who witnessed everything. “She [the escort] just blatantly lied.”

The entire incident was captured on Planned Parenthood’s surveillance cameras, but the police said that it was “inconclusive,” and because you could not hear the words the man was saying, nothing could be done. “The police basically just wanted to get out of there,” Kemper explained. “They didn’t want to do anything.”

Despite the assault, Kemper said his group would not be intimidated, and would continue fighting for life. “It was amazing, the young people we had there were not fazed in any way,” he said. “It was just amazing to see these young people stand up. They’ve been here for 10 days, out all day, every day.”

And while there had been a few other altercations during their trip, with people yelling or trying to drown out their screening of the pro-life film “Unplanned” in front of Planned Parenthood, Kemper said they have managed to reach people, too. “It’s been amazing,” he said. “The kids have had some of the best conversations, and they’re doing great work.”

Pro-lifers continue to face violence as they work to defend life, and yet it often goes unreported. It has become more important than ever for pro-life activists to remain cautious and alert at all times, and to be prepared to film any encounters with abortion advocates, so authorities have evidence of any potential violence.