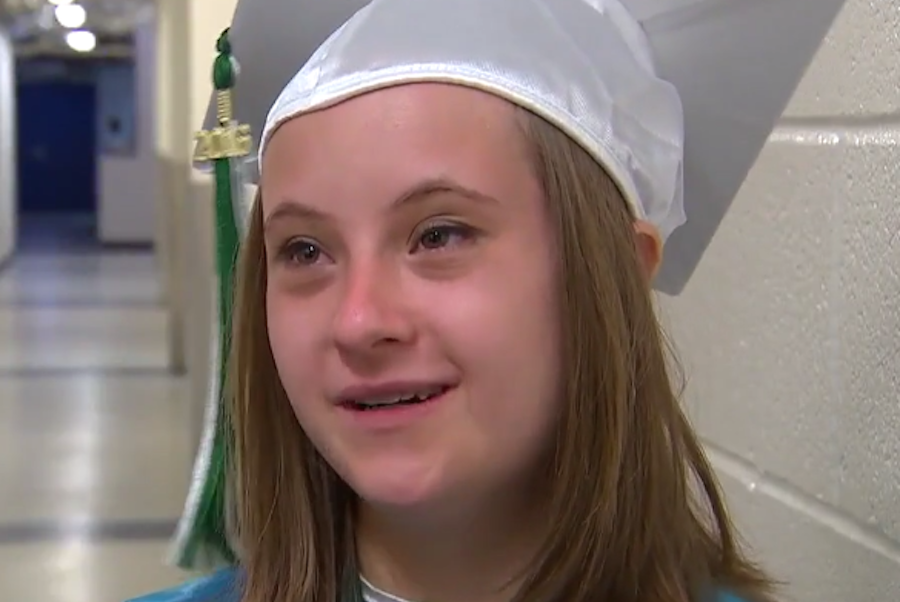 In 2016, Madison Essig, with a GPA of 3.7, graduated high school with 400 other classmates — including her own 17-year-old brother, Zach — at Woodrow Wilson High School in Washington D.C. But what’s special about Madison’s graduation is that she is believed to be the first student with Down syndrome to do so, and with a full diploma, no less. 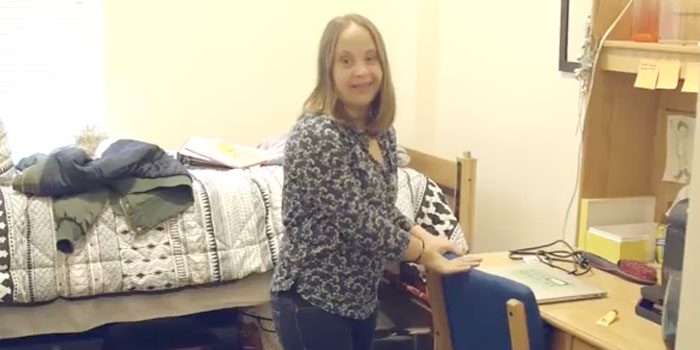 The Federalist noted at the time, “Schools were often hesitant to let Madison study at the same pace as the other students, as no other student with Down Syndrome had ever graduated with a full high school diploma from D.C. Public Schools, according to the school system’s records, which date back to 1996.” But Madison’s mother, Kimberly Templeton, said she wouldn’t allow her daughter to be limited or treated differently than other students.

She said that when Madison was born, her parents “were told that she would walk, but there was no guarantee that she would ever read or write.” But Templeton’s inspiring philosophy was always the same: “Until she proves she can’t do it, let’s not stop her now.”

According to the Washington Post, Madison achieved such great things in high school “by taking the majority of her courses in mainstream classrooms without an aide. Other courses — including geometry — she took in a class with a special education teacher but followed the standard curriculum and workload.” She had been taking mainstream classes since grade school. Despite this, there were always struggles, as can be common with any student, not just those with disabilities. When Madison struggled in class due to difficult conceptual or abstract concepts, she made sure to speak up and tell the teacher she didn’t understand. This is something that can be frightening for any student to admit, but Madison boldly did so… and it helped her to overcome those problems to learn the material.

Essig adopted her mother’s same attitude. “Don’t give up. School will be your best friend even though you might not like it,” she said. “It’s going to be a building block to a lot more stuff that’s going to help you in life. Let’s see where life takes me!”

Essig’s high school principal, Kimberly Martin, told the Washington Post that Madison’s family’s approach to her education “opened our mind to what is possible. We shouldn’t just reach to the minimum status. We should push all students, regardless of their ‘labels,’ to their best.”

Madison had plans to enroll in George Mason University’s LIFE program, which is “tailored to postsecondary students with intellectual disabilities” so she could earn a four-year degree and “become a professional advocate for people with disabilities,” according to the Post. She is now be well on her way to earning that degree. Madison’s mother says in the video below, “You will continuously be amazed if you keep that bar high….”

But, of course, it isn’t just Madison’s scholastic achievements that have made an impact on the world. According to her mother and her brother, Madison has been changing people’s perceptions and lives, just by being herself. “I’ve seen the most popular kids in this school change over three years by just being exposed to Madison,” her mother told the Post. “I guarantee that they are better people — they are more empathetic, they are more understanding, they are more patient.” Her brother, Zach, added, “She’s shown so many people that having a disability doesn’t have to hold you back.”

Madison is in good company. People like Blake Pyron (a Texas business owner), Ryan Pittman (a young man with a heart for missionary work), Mikayla Holmgren (a Miss USA pageant competitor), Charlotte Fien (a UN speaker), and others are also making an impact on the world, and the fact that they have Down syndrome isn’t holding them back, either.

We should never let a label limit a life.