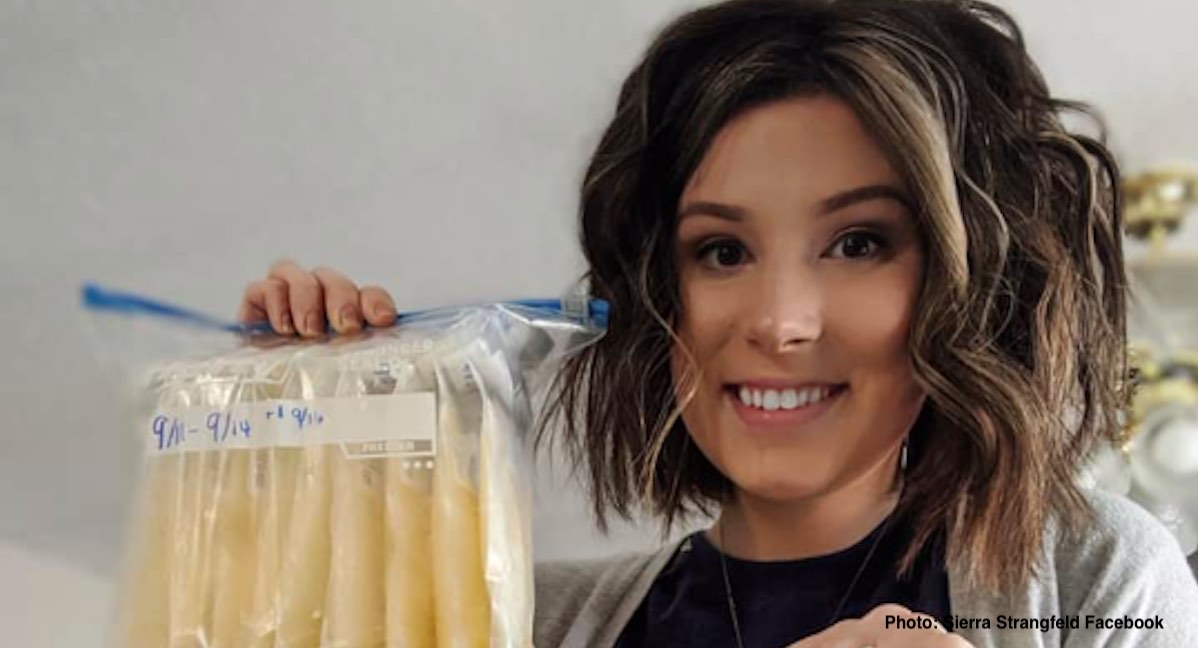 Sierra Strangfeld’s son, Samuel, had Trisomy 18 and lived for three hours after birth. Strangfeld, who also has a daughter, was devastated.

In the wake of tragically losing her son, Strangfeld decided to commemorate his short life. In a moving Facebook post, Strangfeld wrote, “I couldn’t save Samuel’s life, but maybe I could save another baby’s life.”

The experience was challenging; she shared, “Pumping is not for the faint of heart. It’s hard. Mentally and physically. And it’s even harder when you don’t actually have a baby. There were times I was angry because why did my milk have to come in when I had no baby to feed? Why was I waking up in the middle of the night for this? The other part of me felt it was the only thing connecting me to Samuel here on Earthside. I sure hope he’s proud of me!”

In the end, Strangfeld wrote, “I pumped for 63 days after his birth. I am not an over supplier by any means- but I did it. “And today, his due date, I donated my milk to the NICU milkbanks for the first and last time. Walking through the hallways of the hospital was just another step in healing. And I know, (because I felt him), that Samuel was there with me.”

After the post went viral, Strangfeld thanked people for their kind responses and encouraged raising awareness about Trisomy 18.

According to FOX, Strangfeld received her son’s diagnosis of Trisomy 18 when he was 25 weeks’ gestation. Until recently, many doctors believed that Trisomy 18 was “incompatible with life” and did not offer any treatment or surgeries for babies born with the condition. In recent years, some pioneering doctors have successfully performed surgery on babies with the condition and children with Trisomy 18 are living long past what was previously thought possible. It is not known what other factors may have contributed to Samuel’s pre-term birth, but for many babies, Trisomy 18 is no longer a death sentence.