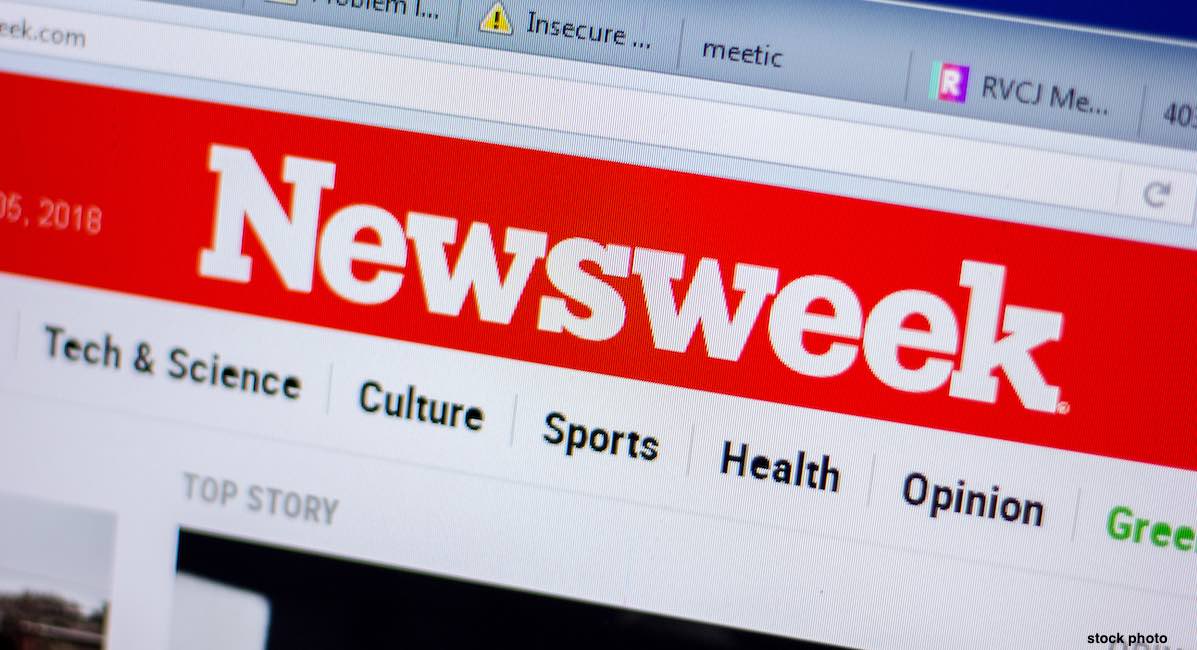 Live Action has long been a target of ongoing Big Tech suppression, with its pro-life content facing increasing hostility. An opinion piece at Newsweek written by Sharon Kann recently attempted to paint Live Action and its founder and president Lila Rose as liars on the subject of suppression. Live Action News debunked the Newsweek op-ed, which was riddled with inaccuracies and responded by demanding that Newsweek either remove the article entirely or allow Live Action the opportunity to publish a rebuttal. With no response from Newsweek’s Global Editor in Chief, Nancy Cooper, Live Action has decided to issue a cease and desist letter. If Newsweek does not respond, then Live Action will be forced to pursue all legal avenues available, including a court injunction and financial relief.

Sharon Kann is a writer whose career has largely consisted of pro-abortion advocacy. Most recently, Kann was the “abortion rights and reproductive health program director at Media Matters.” The piece not only attacked Live Action, but cast aspersions on the character of Live Action’s founder and president, Lila Rose.

READ: Newsweek claims Live Action lies about big tech censorship – and has no proof to back it up

The problems with Kann’s article are numerous, and were originally outlined in a letter sent to Newsweek’s editor-in-chief, Nancy Cooper, from Alison Centofante, Live Action’s Director of External Relations. The text is shown below:

On behalf of Live Action and our Founder and President Lila Rose, I am writing to request an immediate retraction of Newsweek’s online article written by Sharon Kann, published per the following link.

Alternatively, if Newsweek is not willing to retract this article, then we ask for the opportunity to promptly publish a rebuttal article.  The reasons for our request are in accordance with applicable journalistic and legal publication standards, as follows.

First, the article is written as an “Opinion” piece, which is grossly inaccurate given the extent reported information is presented as factually true. Such presentation seems intentionally aimed at drawing the reader into an opinion article, only to be fed lies and other misinformation as if they were verified.  Not so; such misreported information could never be verified because it is not true. In fact, the reported information consists of actionable defamatory libel and slander against both Live Action and Ms. Rose.

Second and more specifically, the article is inaccurate factually in a multitude of ways. Live Action has clear and longstanding proof of its pro-life educational content being suppressed from distribution by social media entities, with easily obtainable evidence to demonstrate such wrongful suppression, including the following: physical emails from Twitter; screenshots of blocked Facebook ads (see attached);  a Slate reporter bragging about getting Live Action videos eliminated from top search results; and internal Slack messages at Pinterest stating Live Action is a “p*rn*graphic site” among others.  A simple “Google” search would have shown that The Washington Post itself has covered Live Action’s censorship more accurately and fairly. All of this information is publicly available online, but I’ve attached full documentation of our situation for you exclusively here.

Shockingly, Ms. Kann’s article includes not a single line referencing the verifiable facts of our suppression. Instead, she claims that since Live Action and Ms. Rose reach large audiences online, it is impossible to face bias.  But the bias obviously goes the other way, with Ms. Kann suppressing the truth in a journalistically unbalanced and biased way – and with Newsweek’s ringing endorsement through its online publication.

I would be more than happy to further address the article and the additional materials per above, to answer any questions you may have, and to address alternative options such as to publish a rebuttal article from Live Action and Ms. Rose.  From a journalistic, ethical, and legal perspective, however, Newsweek’s appropriate response at this point is to redact the article.  Please note further that in the absence of your response or other suitable corrective action per above within 48 hours, we are prepared to seek all available legal relief including a court injunction and available financial relief for both Ms. Kann’s and Newsweek’s trade libel against Live Action and their defamation and false light tort liability against Ms. Rose.

I look forward to your prompt response and appreciate your careful attentiveness in this matter.

As Live Action News writer Carole Novielli previously stated, Kann “failed to list any such facts or hard evidence.” Instead, Kann referred instead to multiple Media Matters studies — the same company for whom she works — none of which actually debunked Live Action’s censorship claims. Two of the studies Kann mentioned didn’t refer to Live Action at all.

Kann also failed to acknowledge that while Live Action has been banned from advertisements, had content hidden or censored, been placed on blocked lists, has had highly-performing videos suppressed, none of these things seem to be happening to abortion organizations and their advocates. Kann attempted to claim that because Live Action, with the largest following in the pro-life movement, does not shy away from calling attention to it, the claims of censorship and suppression must be false. “That doesn’t sound like the result of consistent and intentional ideologically based censorship by tech companies,” Kann wrote.

Centofante did not shy away from calling attention to this failure in logic. “Shockingly, Ms. Kann’s article includes not a single line referencing the verifiable facts of our suppression,” she wrote in her letter to Nancy Cooper, Newsweek’s editor-in-chief. “Instead, she claims that since Live Action and Ms. Rose reach large audiences online, it is impossible to face bias. But the bias obviously goes the other way, with Ms. Kann suppressing the truth in a journalistically unbalanced and biased way – and with Newsweek’s ringing endorsement through its online publication.”

Newsweek didn’t just allege that the social media censorship isn’t happening; Kann went so far as to insinuate that Live Action and Lila Rose are intentionally lying to raise money. “Although Rose and Live Action frequently allege censorship, the organization has been more than happy to cite high interaction statistics when asking supporters for money, arguing that ‘when you partner with Live Action you are reaching the most people possible on social media,'” she wrote, calling the strategy a “recipe that Live Action has whipped up to energize supporters and raise funds.”

Live Action is calling for Newsweek to officially redact the article, explaining in the letter to the editor-in-chief that this is the appropriate thing to do journalistically, legally, and ethically. In the newly-issued Cease and Desist letter, attorney Sally Wagenmaker states, “… Live Action is prepared to press forward with all available legal and other remedies for Newsweek’s wrongful publication of Kann’s article. Her false statements, as published by Newsweek, defame both Live Action and Rose through such statements as that their assertions can be factually “debunked.” In addition, Kann’s false statements raise issues of tortious interference with Live Action’s supporters, through her claims that Live Action’s and Rose’s assertions of social media suppression and censorship are incongruous with their fundraising appeals. By seeking to discredit Live Action’s and Rose’s reputation and truthfulness with Live Action supporters, Kann’s article interferes with their fundraising credibility and relationships with donors and is therefore legally actionable.”

If Newsweek wants to protect its reputation as a trustworthy publication, this biased and dishonest article should be removed, and the truth must be published instead.