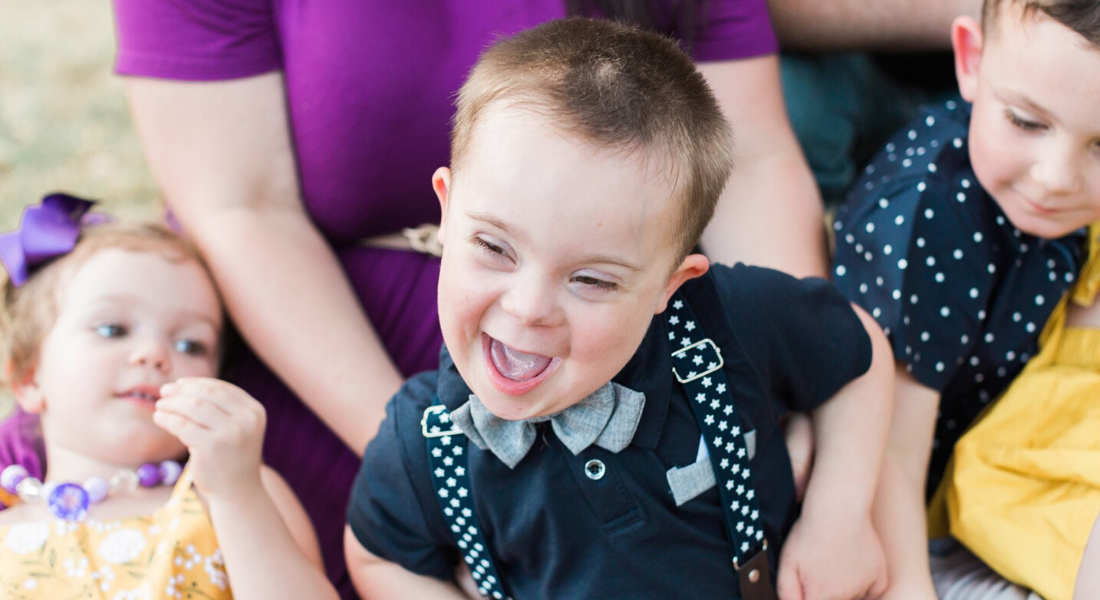 My husband was in Afghanistan when I found out our son was going to have Down syndrome. I was 16 weeks pregnant, and our nuchal translucency screening had come back positive a few weeks earlier. A few days after my husband, a Marine, went off to war, I underwent an amniocentesis, and a few days after that, I got the results: male, positive for Trisomy 21, or Down syndrome.

My son Wyatt is now seven years old, and a beloved member of our family. Most members of the Down syndrome community, even those who generally support legal abortion, abhor the practice of eugenic abortion — where our children are targeted for death simply because they have an extra chromosome. Yet others, largely people outside of the Down syndrome community, continue to insist that our world would be a better place if our children were never born.

The latest example is in the Sun-Sentinel, in which an op-ed from a nurse named Mark Ryan lays out his reasons for why children with Down syndrome should be able to be aborted, as well as why he opposes a bill currently being considered in Florida that would ban abortions on these children. Unsurprisingly, his op-ed was filled with inaccurate information, outdated stereotypes, half-truths, and outright lies. It was the kind of ableist drivel that was so shockingly offensive, it leads one to wonder how someone who works in the health care field could have possibly written it.

According to Ryan, a friend of his chose to have an abortion after receiving a prenatal Down syndrome diagnosis — and understandably so, for him. After all, this is evidently all parents have to look forward to when their child has Down syndrome:

According to the Centers for Disease Control and Prevention, about 50 percent of all babies with Down syndrome will be born with a congenital heart defect. CDC estimates that up to 75 percent of Down syndrome babies will be affected by hearing loss and as many as 50 percent of them will have eye issues requiring glasses.

Speech deficits are common and ear infections are very common. Down syndrome children are more likely to have gastrointestinal abnormalities, epilepsy, flexible joints, weak muscles, and spine and endocrinologic disorders related to hormones.

Children with Down syndrome also are at greater risk for a range of cognitive impairments.

Ryan leaves out a lot of information. Children with Down syndrome may have to wear glasses or need hearing aids — but these are hardly unique issues. According to the Vision Council of America, over half of all Americans wear glasses. Hearing issues are not unusual, either. Things like weak muscle tone are addressed through therapy, which is provided for free in virtually every single state in the country. Hormone issues can be easily addressed with medication (ask literally anyone who has, say, hypothyroidism).

But that wasn’t even the worst part. Ryan got incredibly offensive with the following passage (emphasis added):

A 2017 article in Good Housekeeping magazine included a blunt prediction of expected outcomes. An excerpt from “Where Have All the Kids with Down Syndrome Gone?” is as follows: “Best-case scenario: Your son will mop the floors at a fast food restaurant one day. Worst-case scenario: He will never feed himself.”

It is exactly this kind of outdated, harmful, stereotypical nonsense that is frequently used to pressure mothers into having abortions. It’s not accurate by any stretch of the imagination, yet that is what health care workers — like Ryan — continue to insist is the truth.

The reality is, there has never been a better time to have a child with Down syndrome. Advancements in medicine, therapy, and inclusive education has allowed people with Down syndrome to accomplish more and to live longer, healthier lives. The problem in years past was not that people with Down syndrome weren’t capable or that they were inherently unhealthy; it’s that they didn’t receive good quality health care, were placed in institutions, and were never given the chance to grow and thrive. Much of that has changed today.

READ: Man with Down syndrome inspires with long-running career: ‘People with disabilities can be independent’

But for people like Ryan, none of that matters. To him, no mother should ever be “forced” to have a child like mine — a child like Wyatt, regardless of the resources available or a positive outlook for the future. Why, I wonder, is Down syndrome seen as such a burden? No parent is promised a perfect child, after all. What would Ryan advocate for if a parent’s child was in a car accident and suddenly became severely disabled? Signs of autism typically aren’t displayed until long after birth. Should parents be able to kill those children, too, if no one should be “forced” to parent a disabled child? Or are we called, as parents, to love our children as they are, without reservations or conditions?

Down syndrome does not deserve a death sentence. Our children are smart, capable, and valuable members of society. This eugenic mindset, where only the “right” people deserve the right to life, was never acceptable before, and it’s not acceptable now simply because someone has a disability.