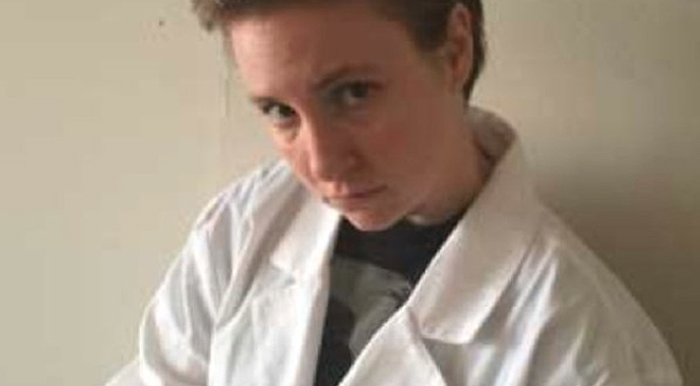 Over the past couple of days, the Internet has been buzzing with reporting over how Lena Dunham will dress up as a Planned Parenthood abortionist for Halloween.

Lisa De Pasquale, who tweeted about the ordeal, includes a picture of Dunham’s costume.

In her newsletter today, Lena Dunham says she dressing as a PP doctor for Halloween. How sad and one-dimensional. pic.twitter.com/C69NOdT8eX

Still, I want to be accepted and to WIN BIG! And this year, I think I may have finally nailed it. I’m going as something newsy, sexy, and cool: a Planned Parenthood doctor!

There is, however, no explanation as to how sickening that is. It’s “newsy,” all right, and in a “BIG” way, but for all the wrong reasons.

The actress, author, producer, and writer seems she will do anything and everything for abortion. Thus, this move is hardly surprising for her, but that’s still a problem.

Dunham supports Planned Parenthood. Okay, so what, you may be thinking? We’re all forced to whether we like it or not through our taxpayer dollars. Dunham, however, really goes above and beyond. Some of the things she has been in the spotlight for include:

Most of the media rightfully call out Dunham’s costume idea. Chicks on the Right also makes the valid point that it may be one of the most racist costumes out there.

At the rate that Planned Parenthood aborts African-American babies – and given that PP founder Margaret Sanger was an unrepentant racist – shouldn’t this be on the list of “OMG NOOOOOOO!!!” costumes?

There are those who still support her costume, though, and even applaud it.

The Huffington Post actually referred to Dunham’s costume as “noble.” At the end of their piece is a slideshow of “Amazing Celebrity Halloween Costumes.”

Refinery29’s endorsement is even worse. Their headline states: ‘Lena Dunham’s Halloween Costume is Brilliant.’ And may God help you if you don’t agree:

Is there anything sexier? We really respect Dunham’s unusual choice for a few reasons. First of all, it looks comfortable as hell. But more importantly, it’s topical and political, taking a stand on a significant, highly contested issue — how many sexy bunny costumes can say that? The firmly pro-choice actress is sure to invite critics and haters, but Dunham is never one to shy away from controversy.

It’s one thing to support abortion— it’s another issue entirely to glamorize it. And it’s even worse to regard it as “sexy” or “cool.” From Dunham, none of this is so shocking.

I guess it shows that there is very little abortion supporters won’t support when it comes to abortion.