By now, most Live Action News readers have heard the tragic news that Ireland (with assistance from pro-choice forces in the United States) has voted to repeal the Eighth Amendment, which had, for decades, protected the right to life of preborn children. News reports on social media showed jubilant celebration from pro-abortion advocates just after the vote was tallied.

But any rejoicing over abortion is ill-advised. After all, it has never ended poverty or stopped child abuse, spousal abuse or rape. It has never ended economic disparity, racism, or sexism.

Instead, it has created an entire industry that cares little for assisting women with real solutions. The women and men of this industry sell their souls and become slaves to profit.

Irish Prime Minister Leo Varadkar loftily speculated to the New York Times that women in Ireland will now endure “[n]o more stigma. The veil of secrecy is lifted. No more isolation. The burden of shame is gone.”

But if Varadkar is correct (and he isn’t), then Ireland will have accomplished in hours what 45 years of legalized abortion still hasn’t accomplished in the United States. Simply travel to a local abortion facility and you can observe first hand that women do not arrive smiling, nor do they exit dancing. Instead, what you will see is a number of raw emotions — from doubt to anger to confusion. Some women are in tears as they leave, and most do so with their heads held low. This is hardly a picture of a shameless or guiltless movement. 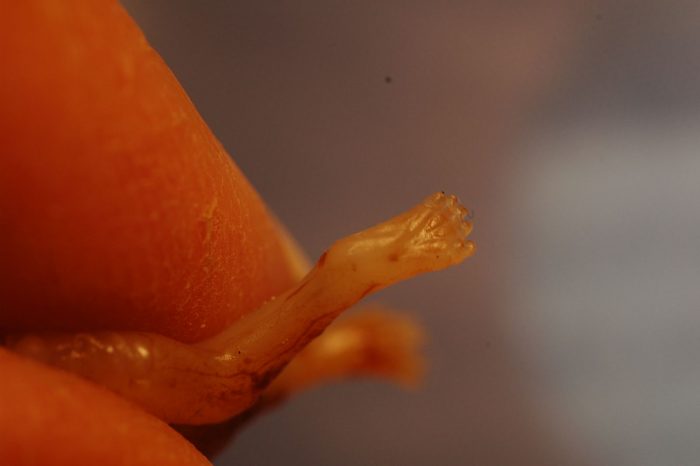 The leg and foot — 8 weeks — notice veining. Photo courtesy of prolifesociety.com and imagesofabortion.com.

Today, decades after the U.S. Supreme Court ushered in the infamous Roe v. Wade decision, despite the futile efforts of the pro-choice lobby to promise that women who seek this so-called “medical procedure” will feel liberated, testimony from women who have chosen abortion says just the opposite. As is the case when abortion is legalized, new found “liberation” eventually gives way to the realization that abortion truly is as horrific as pro-lifers have always claimed. When the “veil of secrecy” is lifted, it reveals an incredible evil.

I learned this first hand in the 1990’s when I found aborted children who had been illegally discarded in the trash. I held the broken bodies of these precious children, and what I felt in that moment was far from a liberating feeling. What I witnessed was violent, bloody, and gruesome — and not just for the unborn children. Over the years, I helped to document how countless women left these so-called safe and legal abortion facilities in ambulances, and others who died later, and at least one who bled to death in her car on her way home. 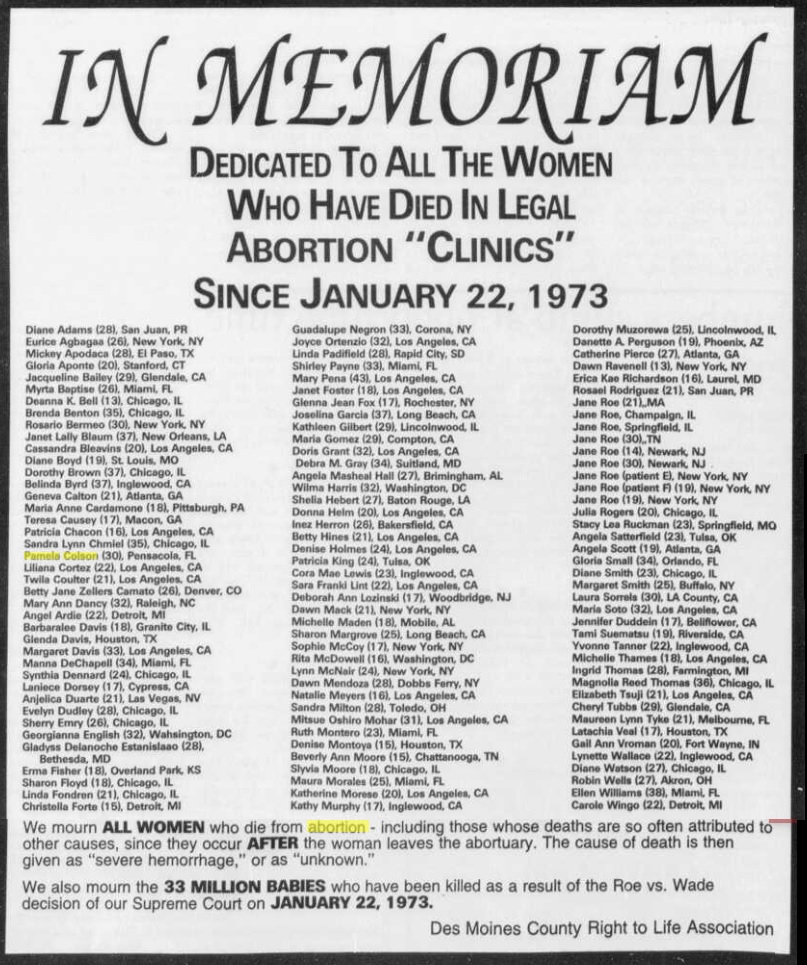 The fallout became even more of a reality for me when I attended the funeral of Carolina Guttierez, who suffered a serious infection as a result of her abortion, leading doctors to amputate parts of her body in an attempt to save her life. Sadly, the infection won, and Carolina, as well as her preborn child, became statistics and calculated “complication risks” in the abortion battle.

Carolina Gutierrez, a woman killed from legal abortion (Image credit Carole Novielli with permission of the family at the time)

Women who embrace this so-called “right” may unfortunately find themselves in Carolina’s situation, or perhaps that of Cree-Erwin Shepherd, who also died after her legal abortion, which she sought at a Planned Parenthood in recent years. In the video below, Cree’s brother describes what took place:

Today, the names of these deceased women have been conveniently forgotten by the U.S. pro-choice lobby, who consistently ignore the fact that legalizing abortion does not necessarily make it safe. Some women dancing in the streets of Ireland this week could, along with some women in the U.S., become the next victims of abortion, sacrificed along with their children on the altar of “choice.”

Once the floodgates of abortion are opened — in any country — it leaves in its wake nothing but heartache and tears, because it does not solve a woman’s problems; it adds to them.