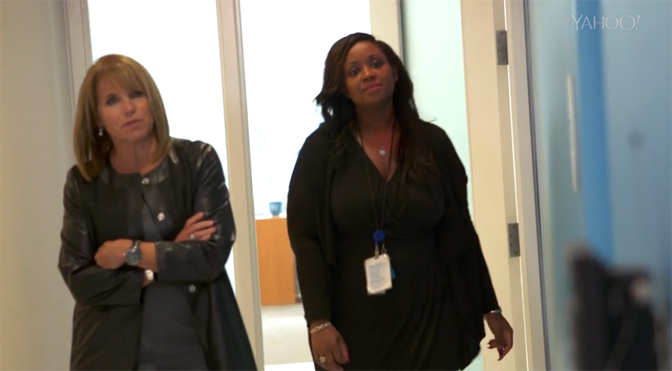 You know what the media just doesn’t have enough of? Puff pieces making the abortion industry look totally wholesome. On Wednesday, Yahoo posted a video in which Katie Couric visited a new Planned Parenthood center in Queens, New York for an inside look.

That would be “inside look” not in the investigative sense of digging up the truth behind the company line, but in the “free advertising” sense. It’s mostly a bland recitation of facts and details, but it contains a few bits of spin that are worth calling out.

The video’s write-up opens with this statement:

While nearly 100 percent of the controversy surrounding Planned Parenthood involves its abortion practices, the group says that abortions account for only 3 percent of the services it provides.

Under the conventional understanding of journalism, a claim by the controversial subject of your article about the topic at issue is exactly the sort of thing you’d investigate.

Pro-life groups like Live Action and The Radiance Foundation have done our own debunkings of the number, explaining that it’s derived from unbundling items that are part of a service and counting them as entirely separate services, and pointing out that it obscures the fact that Planned Parenthood gets a third of its clinic revenue from abortion. Interestingly, though, pro-life activists aren’t the only ones with objections: the Washington Post’s fact-checker has also called it misleading and USA Today’s editorial board refuses to use it. Even some pro-abortion outlets reject it, such as Slate senior editor Rachael Larimore’s 2013 declaration that it’s the “most meaningless abortion statistic ever.”

The 3% figure has been disputed for years, and has been a particularly frequent fixture of coverage on the undercover videos (which Couric didn’t ask about, either). There is no excuse for any professional news outlet to repeat it unchallenged. Yahoo’s “the group says” dodge doesn’t pass the buck for misreporting; if anything, it draws attention to the fact that they’re just acting as a mouthpiece.

In the video, Couric also interviews Planned Parenthood CEO Cecile Richards, who tells her, “We see patients from all walks of life, and for many women, we’re the only healthcare provider they’ll see this year” – which is an interesting definition of “many,” seeing as how according to their own annual report, only 0.9% of women use their services. Nor did this prominent, veteran news figure bother to ask this controversial CEO about her multitude of false statements recently exposed in high-profile congressional testimony.

Afterward, Planned Parenthood of New York City center director Mariella Camargo shows off an ultrasound machine, explaining that it “determines how far along the pregnancy is, so we know what kind of procedure we have to do.” Wait a minute! I thought that one of the reasons ultrasound laws were horrible was because, according to the Guttmacher Institute, “an ultrasound can add significantly to the cost of the procedure.” Yet here’s Planned Parenthood admitting they routinely do ultrasounds anyway, and are really just objecting to having to turn the screen around and show women what their child looks like. Thanks for helping us clear that up, Katie!

A 1992 profile of Katie Couric describes her as “tough if need be,” capable of “killer interview[s]” characterized by “blunt and direct” questions and “not deterred by rhetoric or intimidated by titles.”

Nothing of the kind was recognizable here. This wasn’t independent news; it was a pro-bono Planned Parenthood press release.