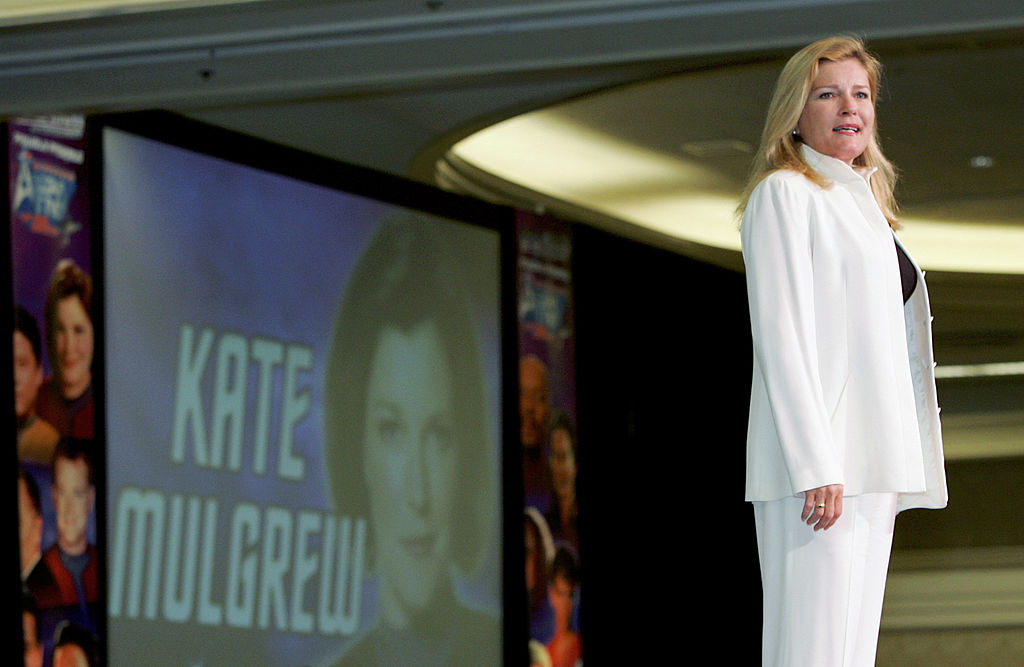 May 23 of this year marked the 20th anniversary of the airing of Star Trek: Voyager’s final episode, ending the run of a beloved Star Trek re-imagining, featuring the franchise’s first female captain and future pop culture icon.

Kate Mulgrew, who starred as Captain Kathryn Janeway, thought of her role as groundbreaking. “I think it was bold. And I think that they made a timely and rather political move. A gesture that certainly I will never forget and I think [will culturally] serve as a great motivator for women,” she said, according to an ET story commemorating the 20-year anniversary.

Mulgrew certainly has boasting rights to pioneering the iconic role, but it wasn’t her first time as a pioneering role model for women in Hollywood — and everywhere. As a young actress, Mulgrew faced an unplanned pregnancy in an industry that has for years notoriously encouraged and even celebrated abortions — and Mulgrew chose life for her daughter, ultimately placing her with an adoptive family.

In 1977, Mulgrew landed a role as Mary Ryan on the show Ryan’s Hope, which chronicled the travails of an Irish-American family in New York City. She was a star of daytime television and one of the most-watched women on TV. And then one day she became unexpectedly pregnant. The baby’s father pressured her to end his problem and abort the baby, and Mulgrew’s mother was unable to help her.

“I was single, alone and flooded with terror. But I knew I would have that baby,” Mulgrew said, according to an article she wrote for AARP. “So I decided to give my baby up for adoption. It was a choice, the only one I could make.”

READ: Actress Blake Lively grateful for the ‘miracle’ of childbirth and breastfeeding

“It was unusual, in 1977, to be on national television while single and pregnant,” said Mulgrew. “My agent and many of my friends thought I was making a huge mistake. I offered to quit, but instead, the show’s creator […] wrote my pregnancy into the show” — an unusual move, for certain, in what has otherwise been described as a Hollywood environment hostile to the idea of pregnant actresses and musicians.

Mulgrew, who grew up in a large Catholic family, turned to Catholic Charities to find a home for her baby. Heart-wrenchingly, just three days after delivering her daughter, she was back on set filming a scene in which she was bringing home a baby from the hospital.

“They handed me this stunt infant and gave me this beautiful monologue,” she said in her AARP article. “Millions of people watched that day. I almost faltered. I remember thinking, ‘If you cry, you will not stop. So you must not.’”

Mulgrew never stopped thinking about her daughter, and then in 1998, she encountered the Catholic religious sister who had supervised the adoption. After facing 20 years of refusal by Catholic Charities to provide information, Sister Una decided to share the adoption registry forms with Mulgrew and her daughter, both of whom promptly filled them out and returned them.

Mulgrew received a call from her daughter while on the set of Star Trek: Voyager, and she immediately flew to meet her daughter and her family. Her daughter, Danielle, was a junior in college and just as eager to find her biological mother. The two bonded instantly and remained close, with Danielle becoming as much a part of Mulgrew’s family as her husband and sons. And the two have worked through the difficult post-adoption emotions as well.

“My daughter’s capacity for forgiveness is something I have never seen before in my life. That sense of abandonment was excruciating in her life. There is not enough time to make up for it, only enough time to love. We cried a lot. All we can do is move forward. So we do.”

Kate Mulgrew’s brave journey choosing life, her later relationship with her biological daughter, and her time as Captain Kathryn Janeway are all detailed in her 2016 book, Born with Teeth: A Memoir.