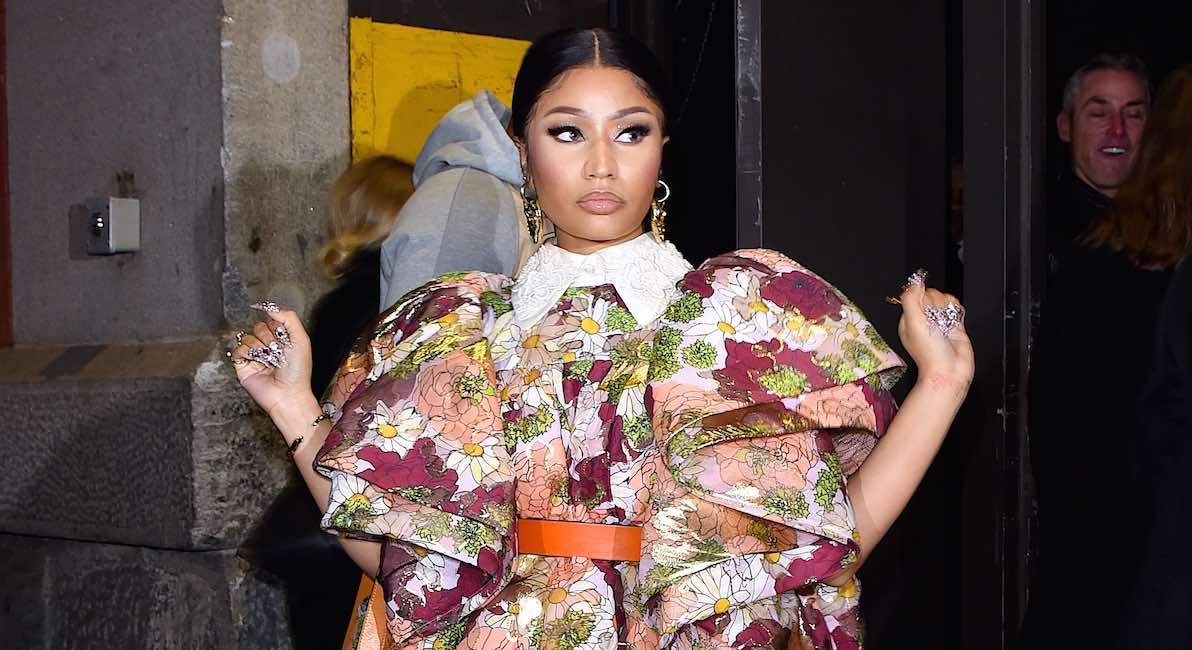 People magazine recently took a public position in favor of abortion by featuring more than two dozen celebrities who have had abortions — each of whom felt her abortion was justified. Yet, interestingly, each clearly suffered from the anti-feminist marketing of the abortion industry, the belief that disabled children are better off dead, or the lingering effects of abortion trauma.

Their stories of abortion aren’t empowering; they represent the deep misogynism and discrimination that still plague society.

The abortion industry sends the message that women dealing with less-than-ideal circumstances aren’t strong enough to be mothers. Nearly three-quarters of women who have sought post-abortive resources said they chose abortion because of outside pressures due to their age, financial status, career status, or coercion from parents or partners.

Actress Minka Kelly said she had an abortion because she believed having a baby would have been bad for everyone — even the baby. “Having a baby at that time would have only perpetuated the cycle of poverty, chaos and dysfunction I was born into,” she said.

Similarly, model April Love Geary said she had an abortion because “I knew I wouldn’t be able to provide a good life for this child. It just wasn’t the right time for me.”

Actress Alyssa Milano said she had two abortions in the same year because she “was not equipped to be a mother….” 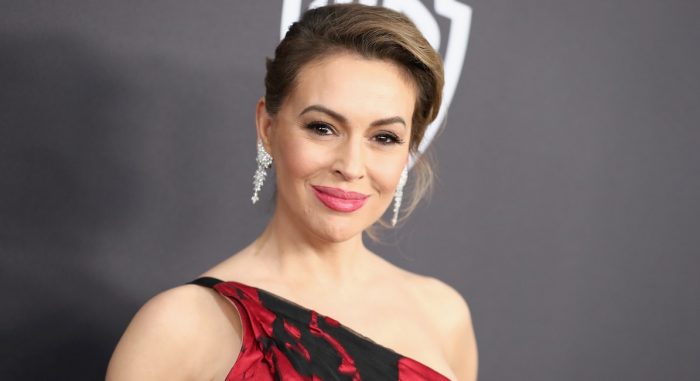 Actress Jemima Kirke made a similar statement when she announced she had an abortion because, “My life was just not conducive to raising a healthy, happy child.”

Actress Linsey Godfrey said, “I just simply wasn’t in a place, financially or emotionally to take [motherhood] on.”

Tennis champion Billie Jean King also felt she wasn’t good enough to be a mother. “If you bring a child into the world, then to me, he or she takes, they’re first, that’s it, done. I did not want the child to be born under the circumstances I was in,” she said.

Chelsea Handler was just 16 when she had two abortions. She originally thought she was capable of being a mother, but her parents put an end to that. Handler commented that “they acted like parents for one of the very first times in my life and took me to Planned Parenthood,” alluding to a troubled childhood for Handler.

Each of these women fell victim to the anti-feminist propaganda that they were incapable of being good mothers in less than ideal circumstances, yet none had demonstrated that they would have been abusive or neglectful mothers. Any woman today who feels she is not good enough or strong enough to parent the child she is carrying can find assistance through pro-life pregnancy centers that can help them find employment, housing, health care, child care, and more.

Women and girls facing unplanned pregnancies are not alone, regardless of what these celebrities believed at the time of their abortions.

Sadly, despite decades of pro-woman organizations shouting that women are capable of anything, pro-abortion “feminism” pushes the idea that women can not have successful careers and be mothers. It’s a lie.

“If I had not had that abortion, I’m pretty sure there would have been no Fleetwood Mac,” said Stevie Nicks. “There’s just no way that I could have had a child then, working as hard as we worked constantly. I would have had to walk away.” Fleetwood Mac was her “life’s mission.”

Like Nicks, other celebrities have put careers before the lives of their children because of fear and the erroneous belief that they couldn’t be mothers and achieve their goals. Actress Rose McGowan once said, “I realized I could not bring a child into my world and simultaneously change the world.”

Likewise, actress Keke Palmer said she had an abortion because “I was worried about my career responsibilities and afraid that I could not exist as both a career woman and mother.” 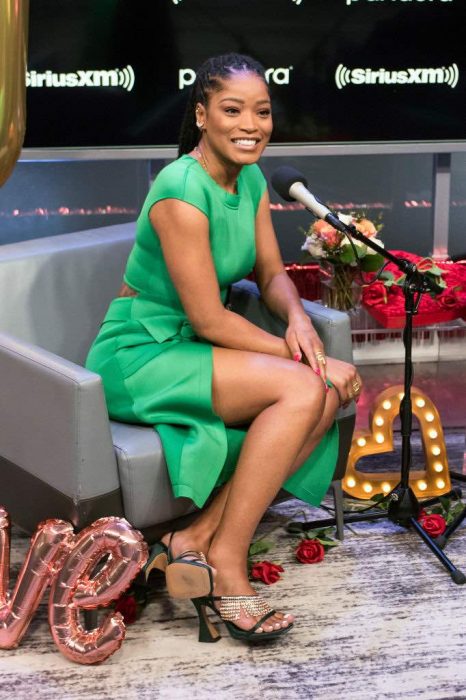 Historically, abortion was expected of most actresses if they wanted to continue their careers. Even Judy Garland was coerced into abortion to keep her career.

Women are capable and strong. If and when a woman needs assistance with pregnancy or motherhood, pro-life organizations are available to help.

Australian comedian Hannah Gadsby said she had an abortion after she was raped. “I was assaulted, raped, and very, very vulnerable. How was I going to raise a child? I would have ended up dead. How is that pro-life? You can’t say women can’t have abortions and then provide absolutely no infrastructure to help them.”

Gadsby is onto something here… when abortion is sold as the “solution” for the problem of an unwanted pregnancy, why would any infrastructure to truly help women and their children ever be established?

Actress Jameela Jamil believes pro-life laws are “essentially a punishment for rape victims, forcing to carry the baby of their rapist.”

But many women who have undergone abortions after rape have said their abortions were even more traumatic. A child conceived in rape is an innocent human being, and rape is a horrific trauma that abortion cannot heal. Survivors must seek help to overcome that trauma. Adding the violent killing of an innocent human being to another violent act cannot undo the trauma of rape, and an innocent child should never die for the crime of his or her father. A child’s intrinsic value and worth are not determined by the circumstances of that child’s conception. Click here for more information.

Discrimination against children with disabilities causes them to be targeted for abortion up until birth. Actress Laura Prepon told People she aborted her second child because the baby was diagnosed with cystic hygroma at 16 weeks. Though the condition has a 10% survival rate, at times the cysts can disappear on their own by the 20th week of pregnancy. The cause of the condition is important because it can help determine the likely outcome. Prepon claimed to continue the pregnancy would have put her health at risk. But if her health had truly been at immediate risk, an emergency C-section would have been faster and safer than a second trimester abortion, which can take days. Prepon claimed aborting her baby was traumatic for her, and said, “It puts into perspective what a blessing it is to have a healthy child.” 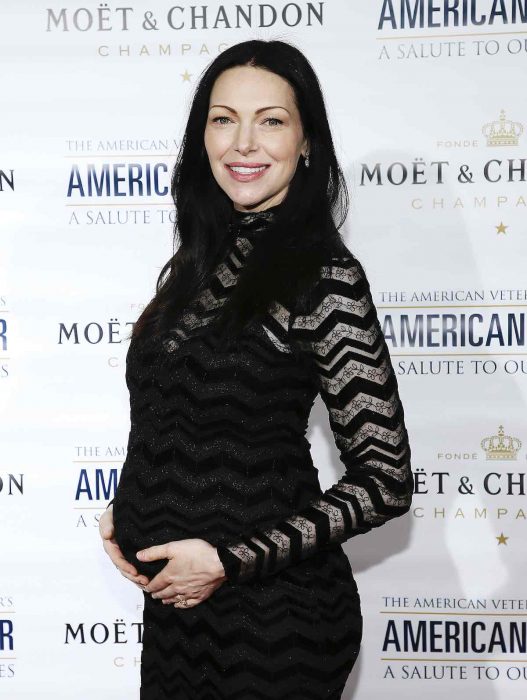 In truth, every child is a blessing, regardless of their health status and to imply otherwise is cruel to the parents of children who live with health conditions every day.

Abortion can be committed up to birth for “health” reasons, including mental, emotional, financial, or familial health. Tess Holliday had an abortion because she said, “My mental health couldn’t handle being pregnant again….” Though pregnancy can sometimes feel like a weight too heavy to carry, if a woman is experiencing mental health concerns because of a pregnancy, there may be an underlying issue that needs to be addressed. Killing a preborn child rather than addressing mental health concerns will solve nothing long term. In fact, abortion has been shown to increase a woman’s risk of depression, anxiety, alcohol and drug use, and suicidal thoughts.

Interestingly, People’s abortion feature shared some candid remarks from women on abortion’s lingering effects. Actress Amber Tamblyn said it was “one of the hardest decisions” she’s ever made and that she still thinks about it “to this day.” Nicki Minaj said abortion “was the hardest thing I’d ever gone through. [It’s] haunted me all my life.”

Feeling that you have to choose between your baby and other factors in your life is an unfair and inhumane pressure to put on a person. Even when a woman is convinced that abortion was the right decision for her, she lives the rest of her life knowing that she put other concerns ahead of her child’s life.

Jameela Jamil said she had an abortion because she wasn’t ready “emotionally, psychologically and financially.” She added, “So many children will end up in foster homes. So many lives ruined. So very cruel.” 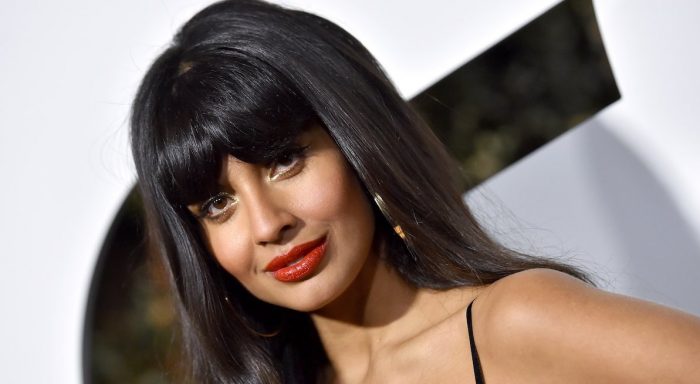 Jameela Jamil attends the 2019 GQ Men of the Year at The West Hollywood Edition on December 05, 2019 in West Hollywood, California. (Photo by Axelle/Bauer-Griffin/FilmMagic)

Babies placed for adoption at birth don’t go to foster care. There are 36 couples waiting to adopt for every one newborn placed for adoption. Regardless of this fact, children who grow up in foster care are not unworthy of life. Jamil’s comments show a lack of understanding of the foster care system, adoption, and what life is like for children and adults who have been through foster care and are grateful for their lives.

Also featured in People was actress Milla Jovovich’s story of preterm labor — which is actually not an abortion. “I went into pre term labor and told that I had to be awake for the whole procedure. It was one of the most horrific experiences I have ever gone through. I still have nightmares about it. I was alone and helpless.” But unless a child is deliberately killed, an instance of preterm labor is not an abortion. The experience left Jovovich “isolated… for months” and depressed.

Actress Minka Kelly claimed that “outlawing abortion has never stopped women from attempting it,” but banning or restricting abortion decreases abortion numbers. Even if it didn’t, Kelly’s logic is flawed; outlawing any violence against another human being hasn’t stopped people from doing it (like murder or rape), but that doesn’t make those acts acceptable. The solution is to protect all human beings. Killing should never be presented as the solution for anything.