Last week, Judge William Orrick held attorneys Steve Cooley and Brentford Ferreira, who represent David Daleiden of the Center for Medical Progress, in contempt of court for violating his injunction against releasing any new videos. Ferreira and Cooley had placed links to a newly released video on their website.

Monday, Daleiden himself was held in contempt of court as well. Contempt orders have now been placed against not only Cooley, Ferreira, and Daleiden, but against the Center for Medical Progress itself, too. Daleiden was also ordered to give the court any video footage or materials related to the original injunction.

Cooley and Ferreira have previously argued that the footage was legally released:

[Calif.] Attorney General Xavier Becerra has entered this footage into the public record by filing a public criminal proceeding based on it. The preliminary injunction obtained by NAF in a federal civil suit cannot bind this State criminal proceeding. (In fact, the SF Superior Court is now releasing certified copies of the court filings to the public with the links to the videos.) 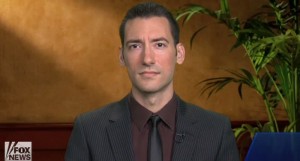 The original injunction involved videos filmed from inside a National Abortion Federation conference; in July of 2015, Orrick granted the injunction just hours after the National Abortion Federation filed a lawsuit to prevent their release. He then extended the ban, despite arguments that this was an infringement upon Daleiden’s first amendment rights. In fact, this was seen as such a blatant attack on free speech that the U.S. Reporters’ Committee filed a ‘friend of the Court’ submission opposing the restraining order, and for good reason; the methods used by Daleiden and the Center for Medical Progress are frequently used by journalists, including pro-abortion journalists.

Why would Orrick move forward with this attack on free speech despite widespread opposition? Orrick is alleged to have a pro-abortion bias and associations with both Planned Parenthood and the National Abortion Federation.

The National Abortion Federation shouldn’t celebrate yet, though; Ferreira and Cooley have promised to appeal and released a statement, saying that the ruling was “an unprecedented attack on David Daleiden’s rights as a defendant in a criminal case.” The “bogus criminal case is so weak that the AG needs a biased, Planned Parenthood-affiliated judge to intervene in it to try to rig the outcome,” they said.