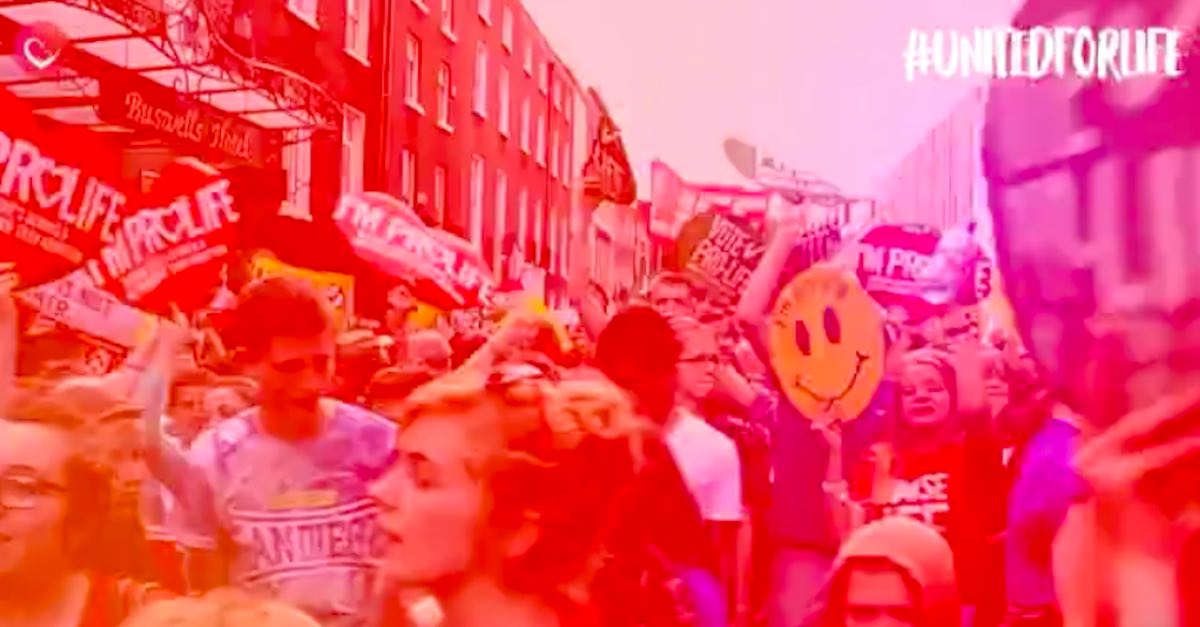 Despite a change in venue due to the COVID-19 pandemic, at least 40,000 pro-lifers across Ireland tuned in to a live-streamed Rally for Life on July 4th. The original plan had been for a massive rally to be held in Dublin. Due to coronavirus transmission concerns, however, organizers made the decision to move the rally online and to also promote 37 smaller, local events which occurred earlier in the day before the rally.

Having 40,000 people tune in live to the Rally Fest shows just how alive and vibrant the pro-life community is, and how powerful the message for Life can be.

We had lots of families watching in groups so the numbers watching are likely even bigger, but we’re thrilled to have had a minimum of 40,000 people joining in the live events.

Now, the plan is to grow that tenfold, reaching 300,000 or 400,000 people watching the live events online. It would mean the Rally effect could continue throughout the whole summer, cutting right through lockdown with a clear compelling pro-life message.

READ: Abortions surge by nearly 150% in Ireland after legalization

A highlight reel from the 37 smaller locations shows smiling pro-lifers, some bundled up in the rain, including many young women and many young moms with babies in strollers. Some pro-life signs referenced the coronavirus pandemic in a different context, and included a picture of a baby with the words “Let me stay home,” “I’m cocooning too,” “Abortion doesn’t save lives – it only kills babies,” and “Abortion is a pandemic.” Others read “United for Life,” and many included the slogan, “Save Lives. Save All Lives” at the bottom. Some pro-lifers held signs promoting the newly-formed pro-life political party Aontu, which formed after the legalization of abortion in the south of Ireland in 2019. In the town of Mullingar, pro-lifers held signs with the numbers 6,666 on them, representing the total number of abortions committed in Ireland in 2019 following the repeal of the constitution’s Eighth Amendment banning abortion.

A recording of the virtual Rally for Life can be seen here. Other events that weekend included a documentary about Savita Halappanavar, an Indian woman whose tragic death at an Irish hospital after a mismanaged case of sepsis following miscarriage led many to call for the legalization of abortion in Ireland. Organizers also showed the pro-life box-office hit “Unplanned,” the conversion story of former Planned Parenthood director Abby Johnson.