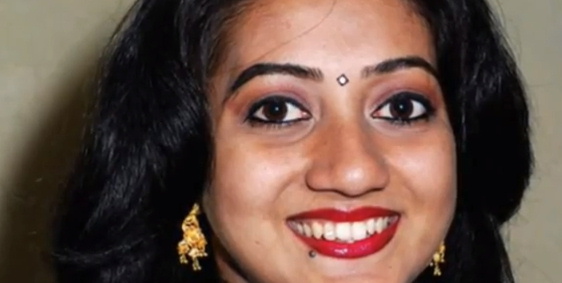 As more details emerge about the tragic death of Savita Halappanavar in Ireland, evidence casts doubt on her husband’s recollection of events and indicates that abortion would have been an inappropriate treatment for her medical condition.

Praveen Halappanavar’s account of events has been cast into doubt by evidence presented to the inquest by hospital staff and records. Though he alleges that Savita requested abortion three times, the Health Service executive said only one request for termination was made, at which point the obstetrician told the couple that there was no medical need to induce labor. At that time, there was no threat to Savita’s life. Praveen claimed to be present at this meeting, though he was actually driving his wife’s parents to the airport at the time.

Dr. Susan Knowles, a microbiologist with the Irish National Maternity Hospital, told the inquest that emergency delivery of Savita’s baby was unwarranted before chorioamnionitis (infection of the membrane) was suspected on Wednesday. Before that point, Dr. Knowles testified that there was no substantial risk to Savita’s life. After infection was discovered, however, labor should have been induced.

Dr. Katherine Astbury, the obstetrician treating Savita, told the inquest that Galway Hospital was prepared to deliver Savita’s baby and end the pregnancy after septicemia was diagnosed. The reason the hospital checked the baby’s heartbeat was to ensure that miscarriage had not already occurred, which would increase Halappanavar’s risk of sepsis.

Nevertheless, after sepsis set in, the obstetrician was to deliver the baby regardless of fetal heartbeat. This is consistent with Irish medical health guidelines (Section 21.4), which always ensure proper care for pregnant women whose health is in danger. While emergency delivery was discussed, direct abortion was never considered.

Sadly, signs of infection were missed because of system failures in the treatment of sepsis. The Irish inquest revealed that this delay was the key factor in Savita’s case. Dr. Astbury told the inquest that there were two major gaps in treatment: that vital signs were not checked every 4 hours after membranes ruptured, and the results of blood tests indicating infection were not promptly passed on. Because of these delays, the infection was not detected until it had put Savita’s life in critical danger.

Savita is also confirmed to have been infected with a rare antibiotic-resistant strain of E. coli. Dr. Derbhile Keady, a microbiologist, testified that it is extremely unusual for maternity patients to suffer from ESBL E. coli. It now seems that all the circumstances surrounding this case were unusual. This was the first maternal death in Galway Hospital in 17 years.

The medical experts believe that the intentional killing of an unborn baby is never medically required to save a mother’s life. A recent poll shows that 3 in 4 Irish citizens support their nation’s constitutional protection for unborn children and the existing medical practice that treats expectant mother and baby as patients. It seems that Ireland won’t be fooled by an internationally funded, media-driven pro-choice propaganda campaign to legalize abortion.

Savita Halappanavar’s death was tragic and preventable. Nevertheless, one thing appears clear: this case should not be used to promote legalized abortion in Ireland.