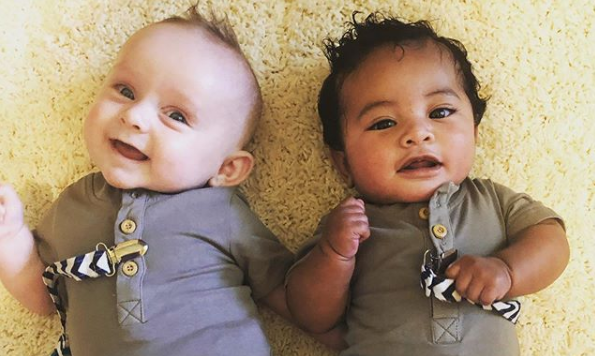 For Whitley Coxey and her husband Jarod, the path to parenthood was long and heartbreaking. Years of fertility and a miscarriage had led them to consider adoption, but once they let go of the idea of becoming pregnant, that’s when life took an exciting turn.

After two years of trying to becoming pregnant and losing one baby to miscarriage, the couple decided to adopt and began the process of preparing for a child. On January 1, 2018, they announced their adoption plans to their friends and family, and that’s when someone made a comment that would stick with Whitley.

Our home study is COMPLETE! Our home should be open by January 1st and we will be a “waiting” family!!! 👏🏼👍🏻 A huge thanks to our awesome adoption specialist for making things go quickly, easily and smoothly so far! Pray for our birth mom (we do not know her yet)to have peace and comfort with her decision! #lovemakesacoxeyfamily #homestudy #domesticadoption #adoptionjourney #TheCoxeysAdopt

“‘Once you adopt, you’ll get pregnant,'” she said they told her. “‘It happens to everyone.’ I hated that comment.

A month later, Coxey decided to stop fertility treatments. She was completely at peace with the decision and to her surprise, her husband supported it. Six months later they got the “biggest shock” of their lives. They were expecting a baby. Two months after that, the learned a birth mother had chosen them to be her son’s parents. The babies were due just three weeks apart.

We are expecting! Coming, Lord willing, April 2019! Words cannot describe the joy this baby has brought us! God is so good! . . . PS. WE ARE STILL ADOPTING! #pregnancyafterinfertility

After struggling for YEARS to have a baby, we were going to have TWO!” she wrote.

On March 22, at 36 weeks pregnant, Coxey gave birth to son Jeb after doctors induced labor due to low amniotic fluid. After three and a half weeks in the hospital, Jeb was able to go home. Just one week later, they learned the birth mother of their adoptive son was being induced.

“We thought we had a month to adjust to life with one baby before throwing another newborn into the mix,” wrote Coxey. “It turns out they had her due date wrong. Her due date was the same as mine and she was now a week PAST due. Our minds were blown.”

On April 25, the couple welcomed their second baby boy Porter through adoption.

“We arrived at the hospital just 30 minutes after he arrived and were able to go back and see his birth mother,” she wrote. “She handed the baby right to us and we met our precious boy, Porter for the first time. So, so many big, happy tears.”

Coxey wants other couples experiencing infertility not to give up on their dreams of having children. She and her husband held onto hope and trusted that God had a bigger plan and she says she knows God has a plan for everyone.

Adoption is the real solution for women who feel they are unable to raise their baby, and there is no shortage of parents willing to adopt. In fact, for every baby placed for adoption, there are 36 couples eagerly waiting to adopt.