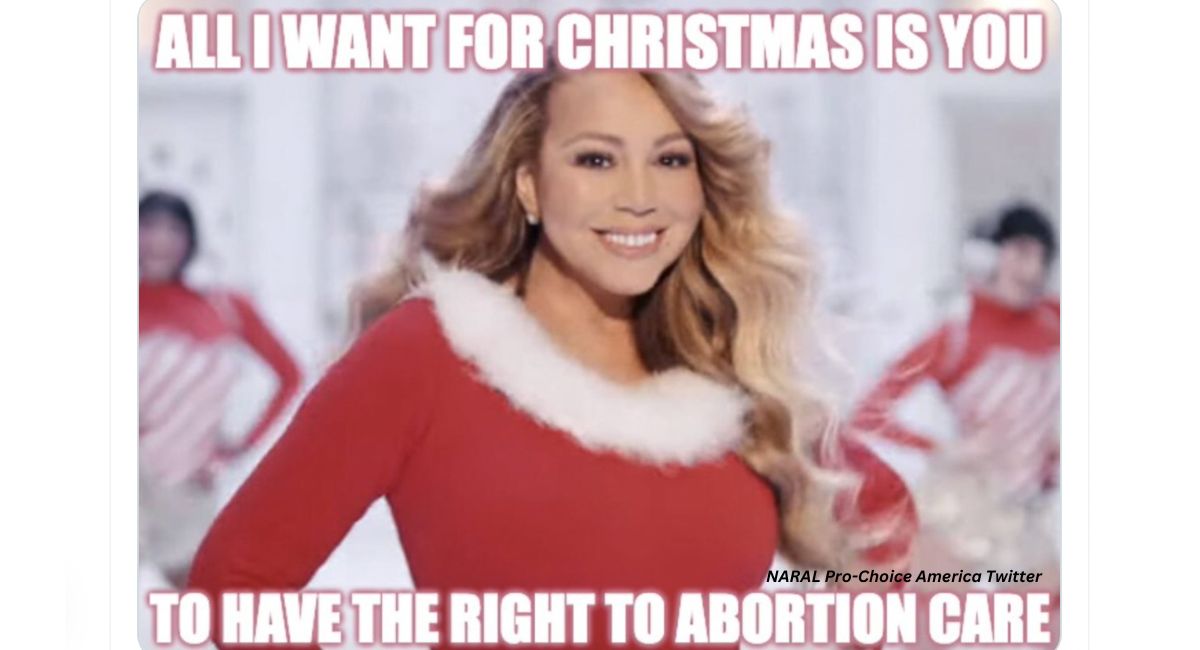 Christmas was just celebrated around the world with millions of people honoring the birth of Jesus. It’s a poignant time reminding us all how every child, including in the womb, is known and loved by God. But that message has been grossly subverted by the abortion industry, which instead, took Christmas as an opportunity to shill for death.

The nation’s largest abortion corporation worked hard to browbeat its followers into promoting abortion over Christmas. In a long Twitter thread, it gave out a series of talking points about how Christmas is the “season” to talk about abortion.

“Reinforce the shared belief that everybody’s lives and circumstances are unique and they are the best ones to make their own medical decisions – not politicians,” one tweet from Planned Parenthood read. “Ground the convo by focusing on who should have power over our bodies.”

‘Tis the season for family chats, dinners… and discussions about abortion. While it’s not always an easy convo, it’s an important one. But how DO you talk about abortion? The key: Connect on a personal level. 🧵

It’s a flawed argument to make considering Planned Parenthood’s business plan relies upon a stronger, more powerful person (an adult) destroying the body of a smaller, more vulnerable human being (a preborn child). The humanity of preborn children is not a religious belief, but a fact based on science. Abortion kills a living, growing human being, with her own body separate from that of her mother. Yet Planned Parenthood argues that bodily autonomy matters.

On Twitter, NARAL Pro-Choice America was roasted for sharing a Christmas image of Mariah Carey with an abortion message printed over it. “Merry Christmas!” it wrote. “All we want this year is the freedom to decide if, when, and how to start a family.”

Merry Christmas! All we want this year is the freedom to decide if, when, and how to start a family. pic.twitter.com/EUDy7tSSC1

It seems NARAL didn’t get the response it might have hoped for. “[O]n the day of Jesus’ birth though?” one person replied, while another said, “Freedom to decide if, when, and how to end another human life. Merry Christmas!”

Carafem is an abortion chain, which has previously branded itself as an “abortion spa.” It also sent out a series of holiday-esque tweets promoting abortion. “All we want for #Xmas is to smash abortion stigma and make abortion more accessible,” it wrote in one tweet.

Carafem has long been open about its goal of making abortion seem “normal.” While it’s true that abortion is more common than it should be, it is not, and never can be, normal. There is nothing normal or celebratory about a woman feeling so desperate and afraid of her circumstances that she thinks her only option is to take the life of her preborn child. Women deserve better than that — and yet Carafem wants women to remain scared and disempowered.

Christmas is a time to celebrate life, and the abortion industry has exploited it to promote death for its own financial gain.