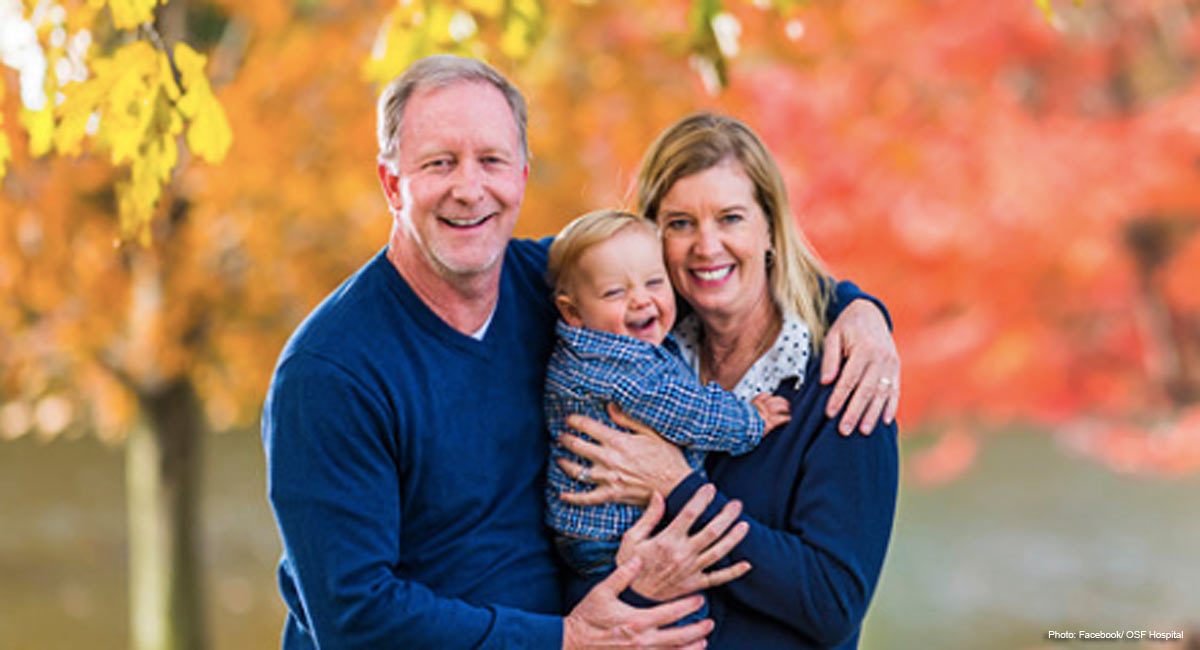 When a child is diagnosed in the womb with hypoplastic left heart syndrome — a serious condition in which the left side of the heart is severely underdeveloped — parents are sometimes encouraged to abort their child due to an expected shortened lifespan. If parents choose life, either prenatal surgery or surgery very soon after birth is necessary to give that child the best possible chance at survival. Little Blaze was given a chance at life — the first miracle — and more miracles followed. When his biological parents found themselves unable to provide the care necessary for their son’s condition, Angela Farnan, a PICU nurse with no children of her own, stepped up to make a difference.

According to a report from Good Morning America (GMA), Blaze had his first surgery at three days old, and another just eight months later. He may need a third surgery and possibly even an eventual heart transplant. In a post from OSF Healthcare, pediatric heart surgeon Dr. Mark Plunkett explained that at least three operations are needed between birth and four to five years of age for those with the condition. The goal is to “redirect blood flow to the lungs and body with several connections.” Plunkett said, “It’s a very complex operation and is one of the highest mortality operations we perform. Most kids will go home after about a month or more. These are babies requiring intensive care and at-home monitoring.” OSF noted, “If a family is unable to provide the intensive care the baby requires, they stay in the hospital or go into medical foster care.”

This is the situation in which Blaze’s biological parents found themselves. They were unable to handle the financial burden of caring for him, and transportation to and from the hospital — far from their home — was also extremely difficult. PICU nurse Angela Farnan reflected on her own thoughts regarding caring for medically dependent children like Blaze, stating that in-home care is “not a 12- to 16-hour shift, it’s 24/7.” So when Blaze’s parents came to her asking for help, she “took Blaze into her care and had short-term guardianship, with permission from his parents. After his second surgery on March 20, Blaze’s birth mother presented Farnan with a tearful request to adopt their son.”

“It was quite an emotional day because my husband and I fell in love with him and it was getting… closer to when we had to give him back,” Farnan told GMA of that day. “[His biological mother] was crying and said, ‘I just don’t want anyone to feel like I’m a bad mom.’ I said she just made the best decision as a mom and there was no question that she loves Blaze.”

Farnan said in an Uplift video, shown below, that when Blaze’s biological mom came to them in tears, “Internally we are ecstatic but sad for this mom that is feeling a loss.”

Angela and her husband, Rick, were unable to conceive children of their own. “I’ve always wanted to be a mother and then you just have to realize and trust in God and believe that He has a greater purpose for you,” she said in the video.

According to OSF, when Farnan learned that Blaze would be allowed under their guardianship, her PICU coworkers sprang into action, holding an impromptu baby shower that provided the Farnans with everything they would need to care for Blaze. “They literally brought me a nursery,” said Farnan. “We were well equipped in three days. We’d all taken care of Blaze. He was loved by everyone in the PICU and we’re like one big family up there. They just wanted him to be in a home environment to stay safe and healthy during cold and flu season.”

Today, Blaze loves to blow kisses and is a joy to his adoptive parents. “I can have the worst day and all I want to do is get home and see him. It just makes it all better,” said Farnan.