Former Population Council director Dr. Stephanie Psaki has been appointed by the Biden-Harris Department of Health and Human Services (HHS) to the position of Senior Advisor on Human Rights and Gender Equity in the Office of Global Affairs. Psaki, the sister of White House press secretary Jen Psaki, previously served as the deputy director of the Population Council’s Girl Innovation Research and Learning (GIRL) Center. The Population Council is a well-known organization focusing on population control, founded by eugenicists. A recent employee claimed the organization is, to this day, “endemically racist.”

Psaki is yet another in a long list of Biden-Harris administration appointments filled by abortion advocates. 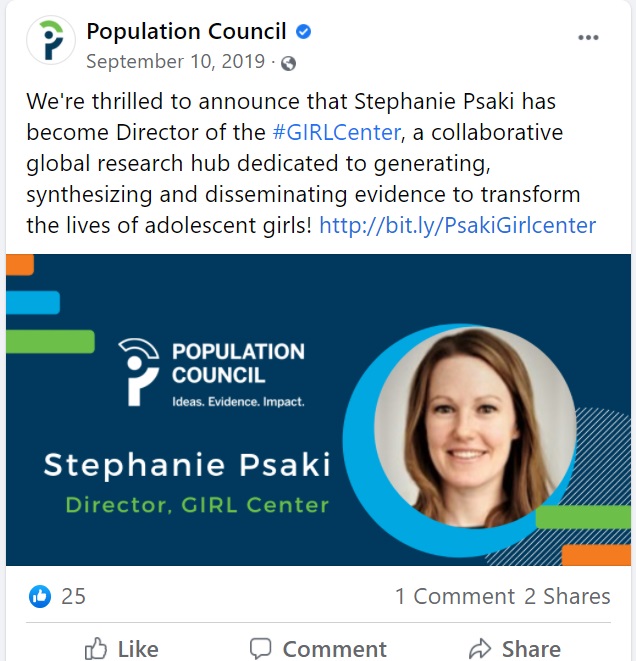 The Population Council is a eugenics-founded organization credited with bringing the abortion pill (RU-486) to the United States and setting up the pill’s manufacturer, Danco Laboratories, LLC. The organization was founded in 1952 by John D. Rockefeller III and has been led by many notables in the eugenics movement such as Frederick Osborn (a founding member of the American Eugenics Society) as well as Dr. Alan F. Guttmacher, a former Planned Parenthood president and VP of the American Eugenics Society, and others. Council members have been exposed for advocating forced sterilization and racism, with a former Population Council employee recently calling the organization “endemically racist.”

According to an archived page from the Population Council, Stephanie Psaki joined the eugenics organization in 2013. By 2015, Psaki was serving as the editor of the Population Council’s publication, “Studies in Family Planning.” This is the same publication which previously published a piece by the Council’s fourth president, Bernard Berelson, suggesting that if voluntary methods of birth control were unsuccessful, it may become necessary for the government to put a “fertility control agent” in the water supplies of “urban” neighborhoods.

According to a 2015 Government Accountability Office report, between 2010 and 2012, the federal government gave the Population Council millions of taxpayer dollars. A more current analysis has not been published.

Following the HHS announcement, Stephanie Psaki was congratulated on Twitter by current Population Council president, Julia Bunting. Bunting made certain to note that her organization celebrated Psaki’s “service & contributions to @Pop_Council not least your leadership on #GirlsEd, #GIRLCenter & #EGER & look forward to you ensuring policies & programs are informed by evidence not ideology!” 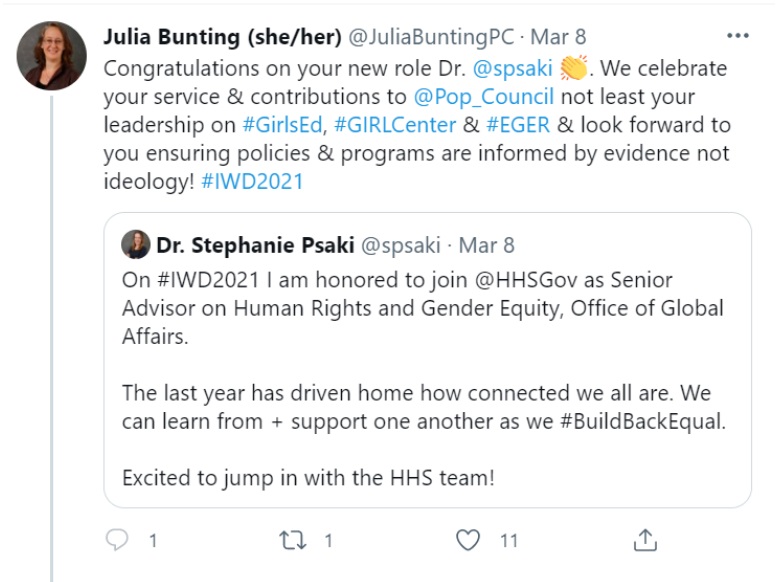 Stephanie Psaki’s believes abortion is “critical” for women and girls

In 2019, Stephanie Psaki contributed to a report which claimed that “access to modern contraception, safe and legal abortion” is among the “suite of SRH services, products, and information” which are “critical to girls’ and women’s health, education, and participation in society and the economy.”

The report then suggested the removal of all barriers to abortion for adolescents, including laws requiring parental consent, recommending to governments and policymakers the “Remov[al of] legal barriers that restrict access to [sexual and reproductive health] SRH services and information and opportunities to make decisions about one’s own body and fertility.” 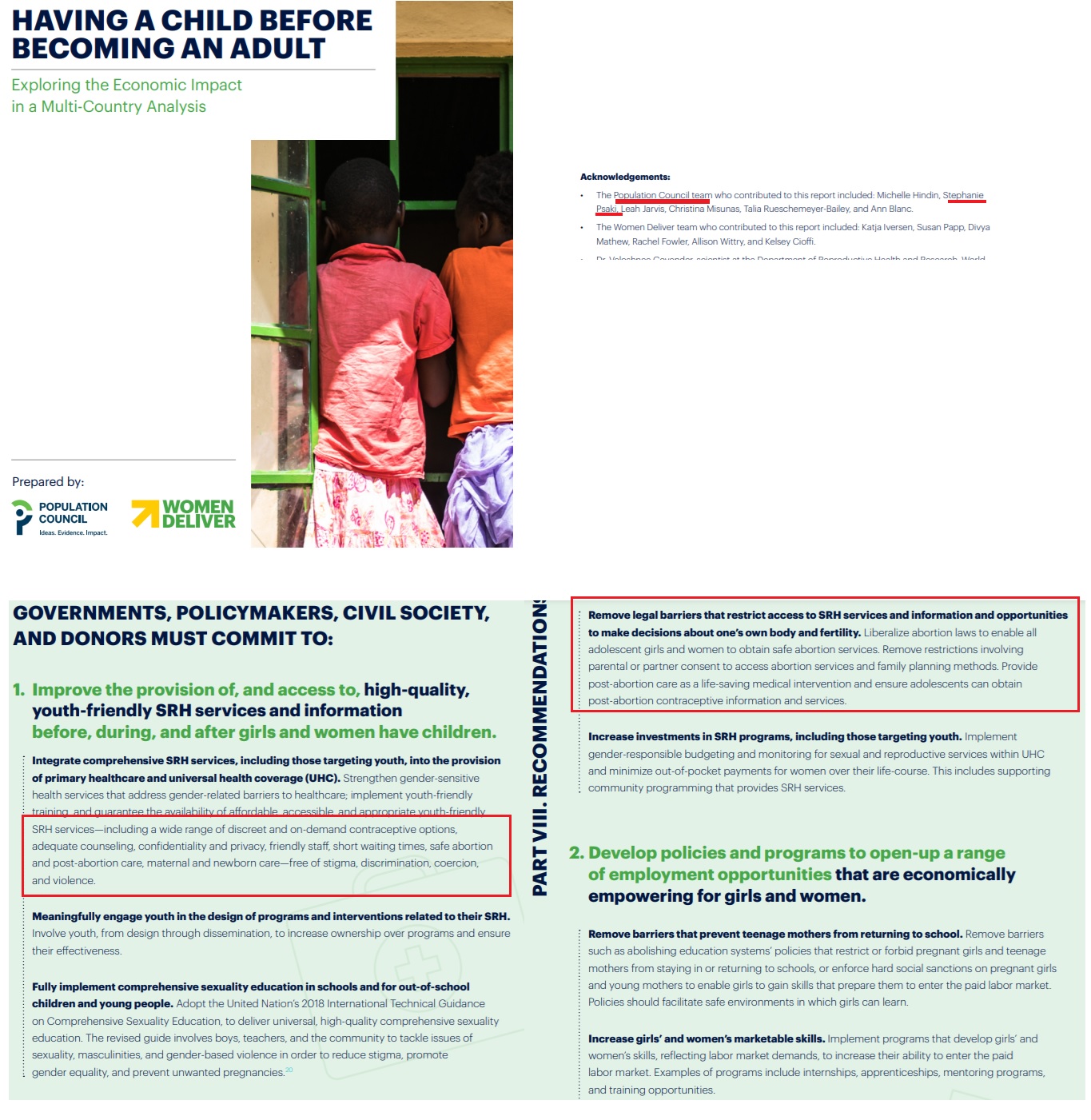 The report then recommended that governments and policy makers commit to “guarantee the availability of affordable, accessible, and appropriate youth-friendly SRH services—including a wide range of discreet and on-demand contraceptive options… safe abortion and post-abortion care, maternal and newborn care free of stigma, discrimination, coercion, and violence.”