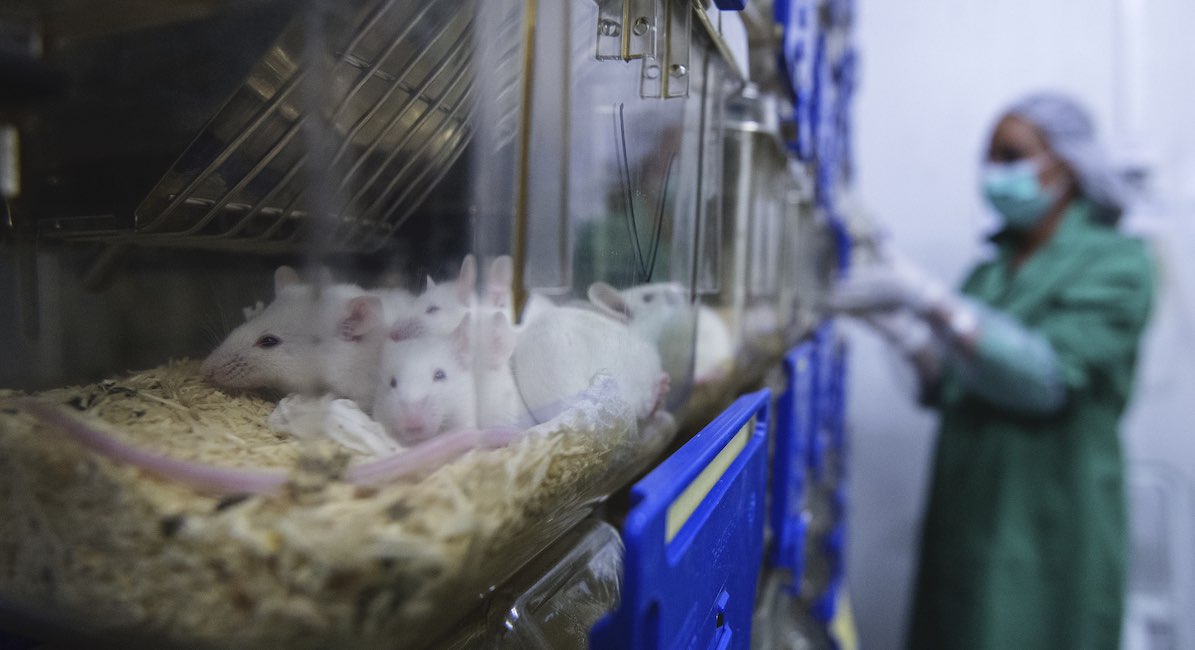 Earlier this week, Dr. Stacy Trasancos, Ph.D. wrote a piece for the National Catholic Register citing three examples of recent or ongoing federally-funded research studies utilizing tissue from aborted babies. In June, the Department of Health and Human Services announced a halt on federal funding for research projects utilizing aborted fetal tissue, specifically at first at the University of California San-Francisco and, moving forward, at any location. The HHS statement read (emphasis added):

The audit and review helped inform the policy process that led to the administration’s decision to let the contract with UCSF expire and to discontinue intramural research – research conducted within the National Institutes of Health (NIH) – involving the use of human fetal tissue from elective abortion. Intramural research that requires new acquisition of fetal tissue from elective abortions will not be conducted.

Since the HHS decision, 13 funding requests for studies requiring aborted fetal tissue were rejected according to the HHS’ Ethics Advisory Board’s guidelines. Prior to the change, research studies using the body parts of aborted babies were conducted, and Trasancos mentions three published in the last half of 2020.

One stomach-churning example came from the University of Pittsburgh, which utilized “full-thickness human skin” obtained from children killed during second-trimester abortions and grafted it onto “humanized” mice. Trasancos wrote, “Human skin protects an individual from infection, but there is no way to study the effects of pathogens on individuals without subjecting them to disease. So, the group used aborted children for that purpose. They made ‘human Skin and Immune System (hSIS)-humanized’ mouse and rat models to study the immune system when the skin is infected with a staph infection.”

Aborted babies were, quite literally, scalped, for purposes of the study. “‘(F)ull-thickness human skin’ was taken from the scalps (skin with hair) and backs (skin without hair) of children aborted at the gestational age of 18 to 20 weeks of pregnancy. The abortions were done at the Magee-Women’s Hospital and specimens were stored at the University of Pittsburgh Health Sciences Tissue Bank.” In a devastatingly ironic twist, the research report was careful to note under its ‘Ethical Approval’ heading, “All animal studies/experimental protocols were reviewed and approved by the Institutional Animal Care and Use Committee at the University of Pittsburgh and were conducted following approved guidelines, which adheres to the NIH guidelines for housing and care of laboratory animals.”

Sadly, no such pains were taken in the care of the aborted baby body parts, as “[t]he use of de-identified human fetal tissues did not constitute human subjects research as defined under federal regulations.” (emphasis added)

In addition to their scalps and backs, spleens and lymphatic tissue and other immune system cells were also harvested from the aborted babies so that “when the (hSIS)-humanized rodent models were given a staph infection on the skin, scientists could study how the internal organs responded,” according to Trasancos. Twelve weeks after the grafting and transplantation, as shown below, “The images literally show a patch of baby hair growing on a mouse’s back.” 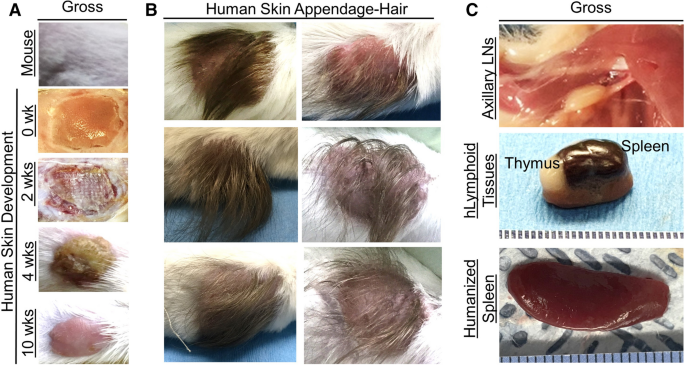 Photo via the study in Nature

Utilizing tissue from aborted babies for research purposes is reminiscent of the grotesque research experiments performed on young prisoners by the Dr. Josef Mengele, the infamous Nazi “Angel of Death.” While some have falsely claimed that aborted fetal tissue is necessary for COVID-19 vaccines and other life-saving purposes, in reality, using the bodies of aborted babies to somehow benefit the living is disgusting, repulsive, and grotesque.

One commenter to a Facebook post (below) made by Trasancos on Wednesday captured the essence of everything that’s wrong with using aborted fetal tissue to grow baby hair on a mouse’s back. “That hair should smell like milk and baby shampoo and be caressed and kissed by a loving mother. This is heartbreaking,” wrote the commenter.

Recently, post-abortive mother Jess Echeverry testified before the Ohio House of Representatives in favor of a state law requiring the humane disposal of aborted babies. She recalled a conversation with a friend who asked her, “Do you know what truly separates us from animals?” The answer was, “We bury our dead.” Use of aborted fetal tissue in the testing or production of vaccines or for other research purposes flies in the face of respectful treatment of our dead.