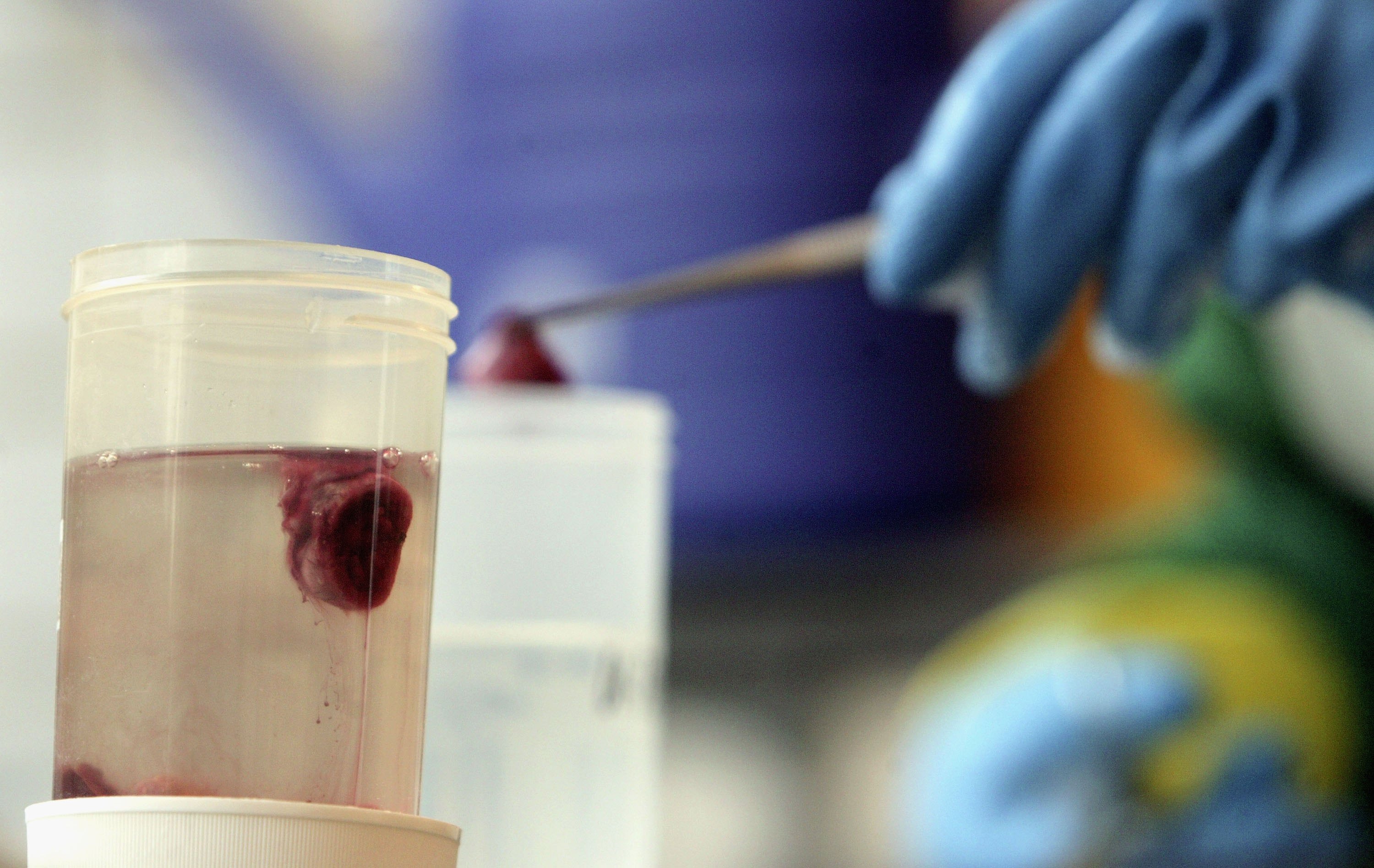 Politico recently published the results of a long-running investigation by lawmakers who oppose the Trump administration’s efforts to put an end to taxpayer-funded research using the body parts of aborted children. The administration halted funding for it, and established a Human Tissue Ethics Advisory Board to evaluate applications for NIH funding going forward. Politico alleged that lawmakers’ investigation discovered these restrictions on fetal tissue research were driven by “political considerations despite health officials’ promise to follow the science….”

“For more than a year, the Trump Administration’s restrictive policy has impeded critical research and promising therapies for a number of diseases—including for coronavirus,” Rep. Frank Pallone (D-N.J.), Rep. Carolyn Maloney (D-N.Y.), and Senator Patty Murray (D-Wash.) claimed in a letter to Health and Human Services Secretary Alex Azar.

It should be noted that the Trump administration’s policy affects government-funded (taxpayer-funded) research, not privately-funded research.

These lawmakers also urged Azar to ignore the Human Fetal Tissue Ethics Advisory Board’s advice regarding research using the body parts of aborted humans. The newly created board recently advised Azar to reject funding 13 research proposals because the committee felt the projects did not justify the use of the remains of aborted children.

Advocates of “fetal tissue research” assert that the ongoing COVID-19 pandemic has made these types of taxpayer-funded experiments absolutely necessary. However, science proves that preborn children are human beings, and ethical alternatives to fetal tissue research must be pursued, rather than experimenting on children who have been killed through elective abortions. Despite the controversy associated with fetal experimentation, supporters of it often attack attempts to ban it by relying on false claims to justify the practice. Here are the facts.

Restrictions on Fetal Tissue Research Do Not Reduce Innovation

Back in March, mainstream publications like the Washington Post asserted that research using aborted baby body parts was the only way to develop a COVID-19 vaccine. This claim is patently untrue, and the Charlotte Lozier Institute issued a response that thoroughly debunked this argument.

“Those who advocate experimentation using body parts harvested from aborted children are shamelessly exploiting the coronavirus pandemic, playing on people’s fears at a vulnerable time so that a select few can continue to use aborted fetal tissue in their research,” the pro-life research institute stated. “The fact is that there are modern, successful alternatives available. Already, over 60 potential treatments are under investigation – none of which need aborted fetal tissue to fight coronavirus… Instead of wasting precious time listening to these dishonest claims, we should continue to focus our attention on successful, ethical alternatives that don’t require the exploitation of baby body parts, taxpayer dollars, and public sentiment that just wants a swift and compassionate end to this crisis.”

The Charlotte Lozier Institute even identified at least 17 COVID-19 vaccine programs that rely on ethical means of vaccine development, proving that medical innovation is not lost when bans are fetal tissue research are implemented. The majority of vaccines, treatments, or FDA-approved cellular and gene-therapy products do not rely on human fetal tissue from abortions. As Tara Sander Lee, the Director of Life Sciences at the Charlotte Lozier Institute, explained, cord blood derived from adult stem cells or the patient’s own cells are typically used for treatments. Adult stem cells — another non-controversial alternative to fetal tissue — have helped more than two million people suffering from various blood disorders and cancers.

The availability of numerous treatments that do not violate the dignity of preborn children means there is room for this type of research to keep moving forward. If anything, forgoing fetal tissue experiments in favor of alternative research methods will allow for an increase in scientific developments.

For example, humanized mice are often used to study infections, and these mouse models can be created using adult tissue or discarded tissue, such as peripheral blood, umbilical cord blood, bone marrow, or neonatal thymus tissue. Humanized mice that use neonatal thymus tissue from surgical procedures are said to be 50 times more efficient, and 1,000 more cost effective, than mouse models that rely on tissues from aborted children.

David Daleiden and his team at the Center for Medical Progress (CMP) exposed the profit incentive behind fetal tissue research through a series of undercover videos they released in 2015. In the videos, multiple high-level executives and abortion providers at Planned Parenthood were seen callously negotiating the unlawful sale of aborted baby body parts. As sworn deposition testimony from abortion industry officials revealed, some infants were delivered alive and their organs were harvested intact.

The footage CMP captured highlighted the consequences of exploiting human beings for research purposes and treating them like disposable commodities.

The innovative models that have been developed as alternatives to fetal tissue research have rendered the practice unnecessary. But the monetary value placed on aborted baby body parts, as well as the promise of more federal dollars to continue the research, has helped keep it going. As CMP’s investigation proved, the demand for aborted baby body parts for research purposes in turn creates a demand for elective abortions.

Research into potential cures should validate the sanctity of human life – not allow the most vulnerable members of our society to be treated like objects. Any research methods that do not utilize conscionable means must be rejected if we are to forgo creating treatments infringe upon the conscience of Americans.