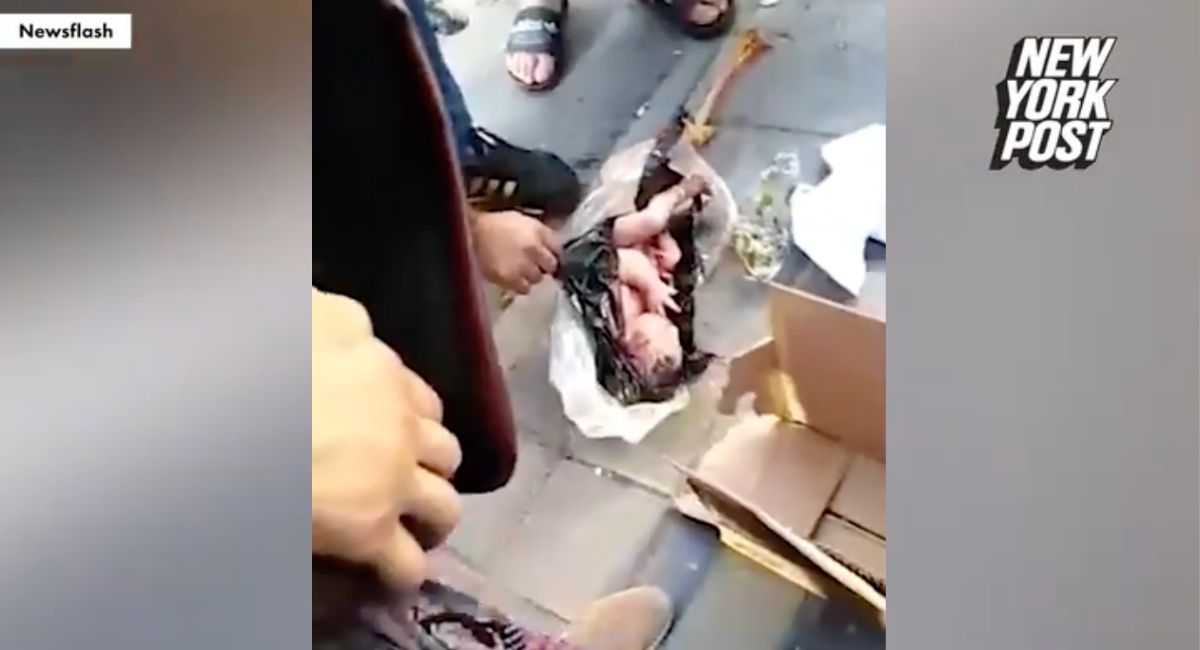 A sanitation worker in Tehran, Iran is being praised for rescuing an abandoned baby who was thrown in a dumpster.

The event was caught on video, with footage showing the man lifting a plastic bag out of the garbage. He places the bag on the ground and carefully rips it open to reveal a newborn, with its umbilical cord still attached, placed inside.

According to the New York Post, the man heard muffled sounds coming from the bag, and that’s when he decided to investigate. After rescuing the newborn, the man called emergency services who transferred the baby to a local hospital, where the Iran Front Page News reports that he is in stable condition.

Sadly, child abandonment is a widespread problem in Iran. A 2018 article from Iran News Update reported that more than 1,000 children under the age of three are abandoned each year in the country, with some claiming that even that estimate is lower than the actual number.

“The dark reality is that these babies’ parents, living in poverty, are so desperate that they are left with no option other than abandoning their newborns, hoping a children welfare society takes them in or they are adopted by families able to provide care for them,” wrote a spokesman for the Iranian Resistance movement. However, putting a baby in a plastic bag in a dumpster leaves only a small chance anyone will find the baby in time to save him or her.

In the United States, each state has a Safe Haven Law that gives parents a certain amount of time to surrender their newborn to an appropriate authority (often a hospital or fire department). Specific laws for each state can be found here. While the safe haven laws offer an opportunity for parents to surrender their newborn without repercussions, even in America there have been instances of an abandoned baby found in the trash, as this Iranian child was. In January, a teen mother in New Mexico was charged with attempted murder after throwing her infant in the dumpster. In July 2020, a woman rescued an infant abandoned in the trash in Wilmington, North Carolina.

Iranian authorities have said they are investigating to find the parents of the newborn involved in this incident.