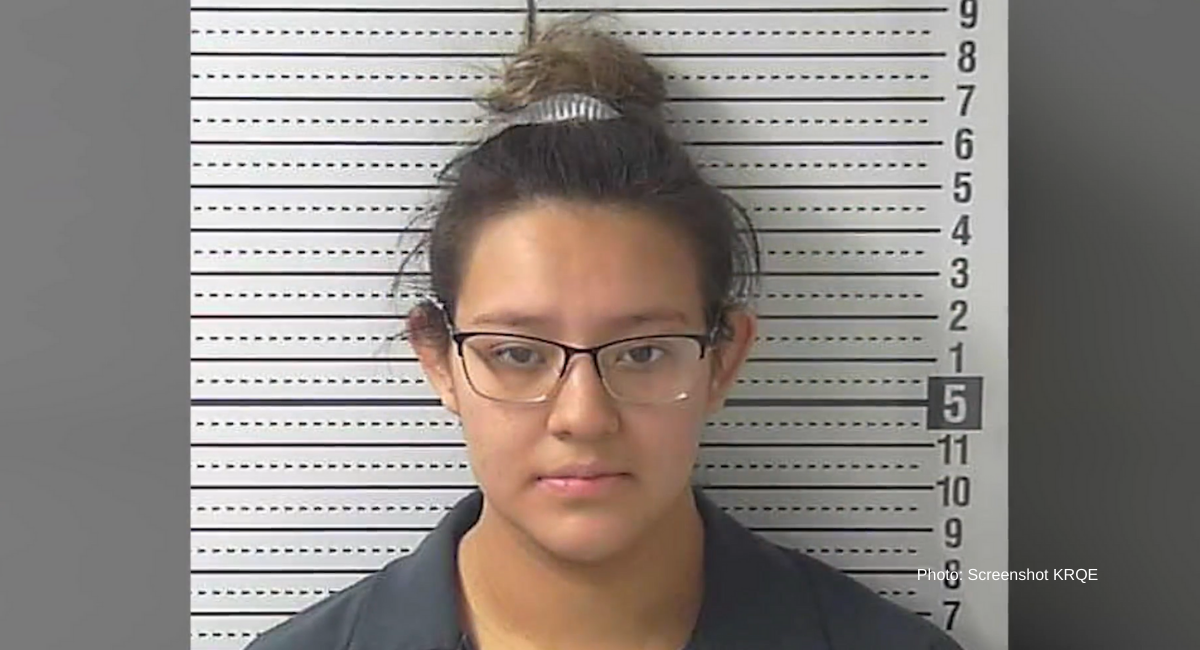 UPDATE 1/12/22: The paternal grandfather of the baby boy thrown into a dumpster in Texas on January 7 has said he will fight for custody of his grandson. New details in the case also revealed that 18-year-old Alexis Avila did know she was pregnant before experiencing contractions the day before she gave birth in her parents bathroom, put her baby in two garbage bags, and tossed him into a dumpster. She was caught on video.

Oscar Astorga told the Daily Mail that the family wants custody. “Of course we’re trying to get custody. Of course. He is my grandson,” he said. “That’s why we can’t comment on anything because we’re trying to get my grandson.” He said his 16-year-old son Stephen, the baby’s father, knew that Alexis was pregnant but she had told him she had a miscarriage. He didn’t know about the baby until he saw the video of Alexis throwing him in the dumpster.

“I’d like to tell you a lot of things,” said Astorga. “I’m a God-fearing man. I just can’t comment right now. There’s a lot of people on social media that have been sending death threats to our family. We haven’t done anything wrong.”

Martha Avila, Alexis’ mother, said she didn’t know her daughter was pregnant and they won’t be sharing their story. “People can talk and give their opinion,” she said. “Everybody makes mistakes. People can preach all they want, they can judge all they want but we only care about the judgment of one.”

Friends of Alexis have contradicted her story that she didn’t know she was pregnant and “panicked” after giving birth, saying that she had been “open about her pregnancy” at school. “I heard her talk about being pregnant about late September, early October,” one classmate said. “She never expressed that it was a bad thing that she was pregnant.”

1/12/22: A teenage mother is facing charges after she put her newborn baby boy inside a trash bag and tossed him into a dumpster outside a store on January 7 in Hobbs, New Mexico. The baby boy was in the dumpster for more than five hours before being rescued by people who found him while searching through the dumpster.

According to KRQE, Alexis Avila, 18 years old, admitted to putting the baby in the dumpster after security footage from the store, Rig Outfitters, was reviewed. She is facing first-degree felony charges of attempted murder and child abuse. The baby boy was taken by ambulance to a local hospital and then transferred to a hospital in Lubbock.

Police said that Avila had not known she was pregnant until the day before she gave birth. She was experiencing abdominal pain on January 6 and learned she was pregnant when she sought treatment for that pain. She gave birth to the baby the following day in a bathroom at her parents’ home. She said she cut the umbilical cord and put the baby in a trash bag, which also had trash in it, and then put that bag into a larger black trash bag.

“Alexis explained she panicked and didn’t know what to do or who to call after the fact. She then stated she cut the umbilical cord, wrapped the baby in a towel and placed the baby inside a trash bag before she started ‘driving around,’” KLBK-TV reported the arrest warrant as stating. She then admitted to dumping her baby. When asked what she thought would happen to the baby after she put him in the dumpster, Avila did not answer.

Three individuals, Michael Gree, Hector Jesso, and April Meadow, were dumpster diving for “anything of value” when they found the most valuable thing on Earth — a human being. Police say they are the “pivotal” reason the baby is alive.

One of the men called 911 around 7:45 pm on Friday evening. “We just found a baby in the god***n trash,” he told the 911 dispatcher. “He’s whimpering, he was not crying actually. I was looking for some stuff in the dumpster and we heard… We heard something. I didn’t know it was a baby. Thought it was a cat.”

Meadow got on the phone and said, “He’s still got his umbilical cord attached and he’s freezing cold, and he’s barely like… he’s very, very, very weak.” It was in the mid-30s in Texas on Friday.

In the video footage. Meadow can be seen cradling the baby, who was wrapped in a wet towel, and getting him inside their truck to try to get him warm. After arriving on the scene, police asked the store owner, Joe Imbriale, for the video footage. After getting a partial license plate off of the car, police contacted Avila’s parents, who brought her in. The baby’s father is also being questioned, though his name was not released because he is a minor. Avila’s relationship with him apparently ended in August.

“I want this baby to know it is loved,” said Imbriale, who is starting a GoFundMe for the baby, according to KOAT. “That just because your mom did that does not mean you are not loved. People care about you. People care about what you feel and think.”

Every state has a “safe haven law” that allows babies of a certain age to be surrendered anonymously at specific locations. New Mexico’s Safe Haven Law allows a person to leave a baby with a staff member at a safe haven site such as a hospital, fire station, or police station, within 90 days of that child’s birth. Under the law, that person cannot be charged with a crime.

Avila has been released on a $10,000 bond and is scheduled to appear in Lea County District Court. Her baby boy is reportedly in stable condition.