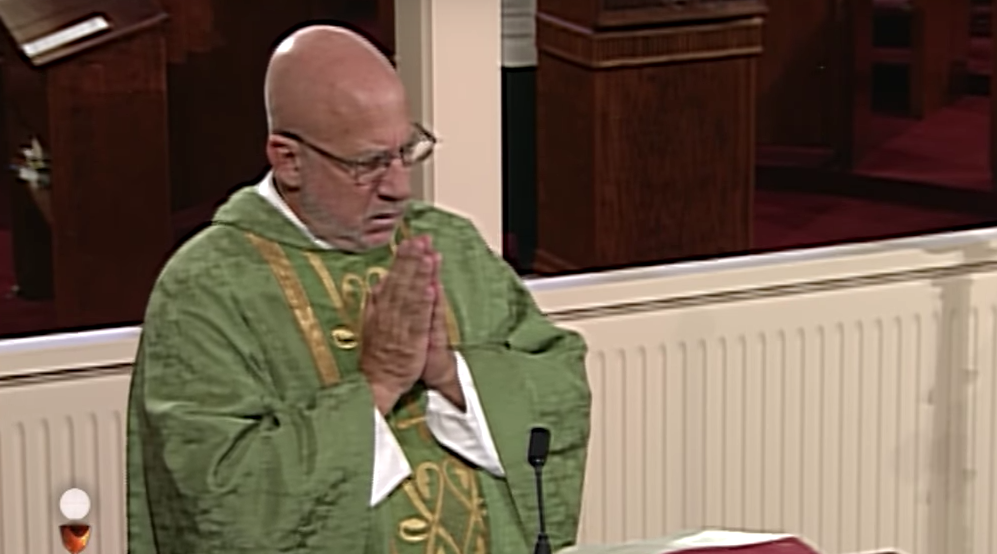 In a passionate homily shown worldwide on EWTN, Father Stephen Imbarrato of Priests for Life declared that “the issue of thousands of babies dying in our country every single day” is the “one issue that we need to get right” and that if we do, “all the other issues will start falling into place.”

“Over a hundred twenty thousand babies die from abortion each day worldwide,” he added. “This is such a river of blood, such an affront against God, the author of life, that there can really be no issue more important or demanding greater or immediate attention.”

Imbarrato rebuked those who attempt to downplay abortion as no more important than any other political or cultural issue. “As important as all the non-negotiables are, and they are non-negotiables, we now have seen others try to make the list include all issues. Otherwise known as this ‘consistent life ethic,’ the ‘seamless garment,’ so to speak,” he said. But while “we need to be mindful of the poor, and many other social issues,” the fact remains that “abortion is the pre-eminent and defining issue of our day and supersedes all other issues.”

“Really, how dare anyone say–I don’t care, laity, priest, bishop–that all issues are equal?” he challenged. “That we adhere to some consistent life ethic as a reason to regulate murder at the beginning and end of life is just another issue facing our society?”

Imbarrato went on to quote the US Conference of Catholic Bishops’ Living the Gospel of Life as follows:

Being right in such matters can never excuse a wrong choice regarding direct attacks on innocent human life. Indeed, the failure to protect and defend life in its most vulnerable stages renders suspect any claims to the rightness of positions in other matters affecting the poorest and least powerful of the human community.

“Let us not fall prey or be deceived by the empty argument of modern day preachers and teachers who selectively quote weaker and less authoritative documents such as Faithful Citizenship,” he implored. “Living the Gospel of Life is the application, it’s the implementation, of our Catholic faith of Evangelium Vitae, the infallible encyclical of St. John Paul II.”

As Live Action News has previously covered, Fr. Imbarrato is also the founder of Life Ministries New Mexico and is involved with Protest ABQ.

The Bible, and particularly Catholic doctrine, unambiguously condemn abortion, with the latter expressly labeling it a “moral evil.” Yet there is a vocal minority in Catholicism and in other Christian denominations that attempts to rationalize abortion as compatible with Christianity; more significantly, in August the Pew Research Center found that only a third of Christian churchgoers say they hear their clergy discuss abortion at all.