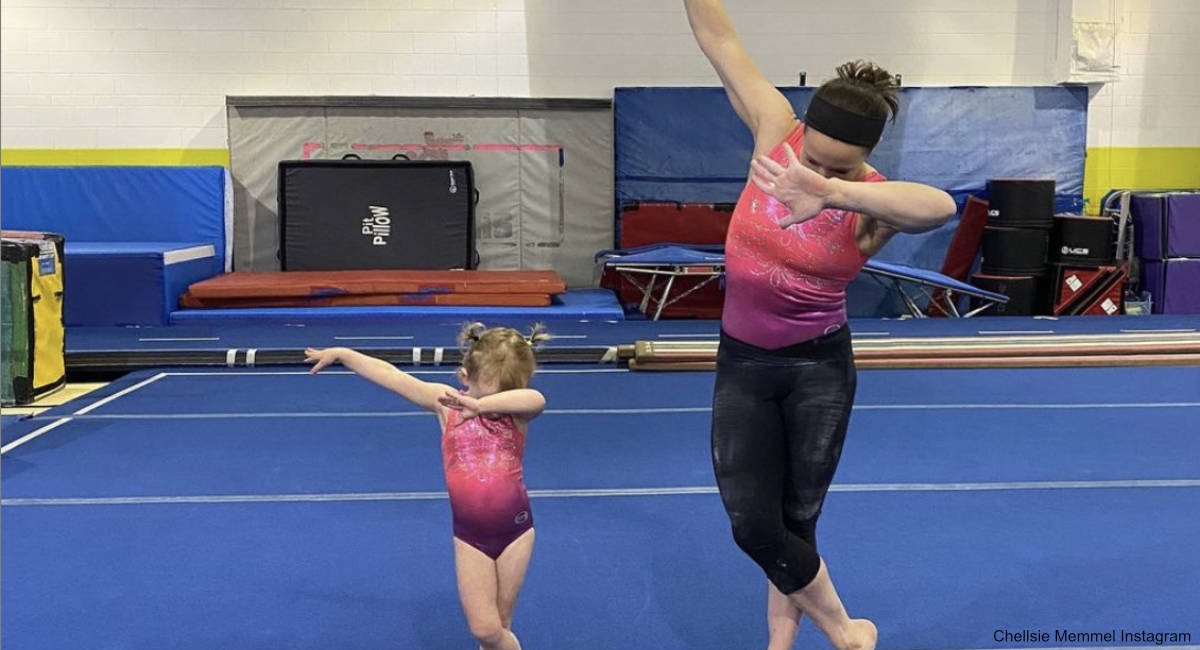 Another mom is showing that having children isn’t the death of our dreams and that motherhood and professional success aren’t mutually exclusive. In 2005 at age 16, Chellsie Memmel became the world all-around champion in gymnastics, and just three years later helped the U.S. Olympics team to secure a silver medal at the Beijing Olympics. In 2012, at the age of 23, she “retired” from the sport in order to start a family, according to PEOPLE. She and husband Kory went on to have two children, now a six-year-old boy and three-year-old girl who is already a budding gymnast.

Memmel stayed peripherally engaged with the sport by serving as a judge for competitions. But in late May of this year, Memmel emerged from retirement to compete at a high level once more, performing well at the U.S. Classics.

The proud mom spoke to the TODAY show about what led her to compete again.

“It all came on kind of very gradual because it started as just wanting to get in shape, and then I started with plain gymnastics a few times a week. And then that turned into lockdown [from the pandemic] — it was the one thing that I could control in the craziness that was the world,” she said. “And so I started doing gymnastics more and more and just seeing what my body could do. Can I handle it? Can I do some of the skills that I used to do before? And then it was like, can I push the envelope and learn some new skills? And it just kept happening and I was continuing to just have so much fun that I kept going.”

Memmel acknowledged that there are those who insist, “you can’t have kids and come back to a sport,” but believes that often each person is their own worst enemy or most limiting factor when it comes to achieving their dreams.

Memmel observed, “I really think that we generally are just the only people holding ourselves back. It’s not somebody else. There is attitudes about things or certain expectations that you can’t do things when you get to this age, but ultimately I feel like we tend to hold ourselves back because we listen to that, so just go for it.”

Instead, Memmel encourages those who have given up on a previous goal or dream, “Go for it. That’s been the whole thing for me in this journey is figuring out what I can do, what I can push myself to do just out of love of doing it.”

Memmel also made it clear that pursuing her dream isn’t coming at the expense of her family, but rather with their encouragement and support.

“I feel like everybody was like, ‘You should compete, you could compete,’ and I was kind of the one that was dragging my feet a little bit. It’s a big commitment, and I know how hard it is to train and compete but (my dad) was onboard, my family was onboard, my husband, everybody was on board, so they were just kind of waiting for me to be like, ‘All right, let’s do it.'”

Memmel told USA Today earlier this year, ““It’s showing (my kids) they can work hard and go for something, and it doesn’t matter when you do it or someone says, `You’re too old to be doing that,’ or `Why? Why would you even go back and try?’”

Memmel’s Instagram account shows that her gymnastics pursuits are a family affair, with frequent pictures of her kids hugging her before performances or snuggling as she rests afterwards. At the recent U.S. Classics, her husband cheered her on from the stands. Additionally, her current more family-friendly training schedule of 15 hours each week is significantly shorter than those of virtually all her fellow competitors.

For decades, women have been told that they must forego or delay motherhood in order to succeed professionally or chase their dreams. Female athletes and other public figures who choose to parent and pursue a career are visible reminders that marriage and motherhood don’t hold women back personally or professionally.