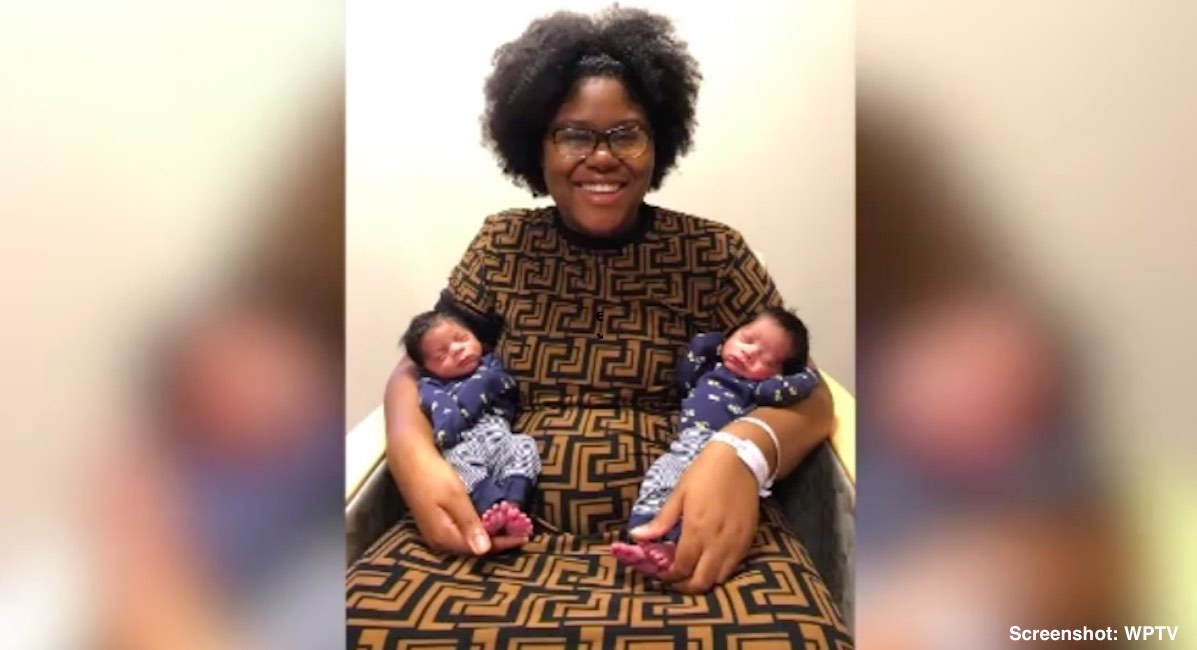 One Florida mom has a lot of reasons to count her blessings this new year. Alexandra Wolliston, who lives in West Palm Beach, gave birth last year to two sets of twins — without any IVF.

WPTV reports that Wolliston first gave birth to twin boys Mark and Malakhi in March. Then, just a few months later, she found out she was pregnant with twins again. Kaylen and Kaleb were born December 27th, making 2019 one very memorable year for the Wolliston family.

The odds of having twins twice in one year are lower than Wolliston’s odds of winning the lottery, according to CNN. But that’s how it feels for Wolliston. “Oh, yes, I feel like I hit the twin lottery,” she told WPTV. And there’s also a bittersweet family history there: Wolliston recently discovered that both of her grandmothers had twin boys, and all four of them passed away during childbirth. Now, she feels like her boys are blessings from them.

“I always say that I feel like my grandmothers gave me their kids because two sets of twins and their twins passed away? I feel like they just sent them down for me,” she said.

Wolliston is not the only parent enjoying an unusual New Year’s blessing. Earlier this week, another mom made headlines after her twins were born on different days. But because one was born on December 31st and the other on January 1st, it means the two twins were born in different years. And last October, identical twins became fathers to baby boys on the same day, a feat previously seen by identical twin sisters in 2018, who gave birth to baby girls on the same day as well.

Twins are known to have incredible bonds. They can frequently be seen in the womb holding hands and cuddling, as well as fighting each other, too! They also remember each other from inside the womb, often being soothed by each other’s presence. Twins also notoriously have an incredibly close bond after birth, too, often calling each other best friends and seeking out similar careers.