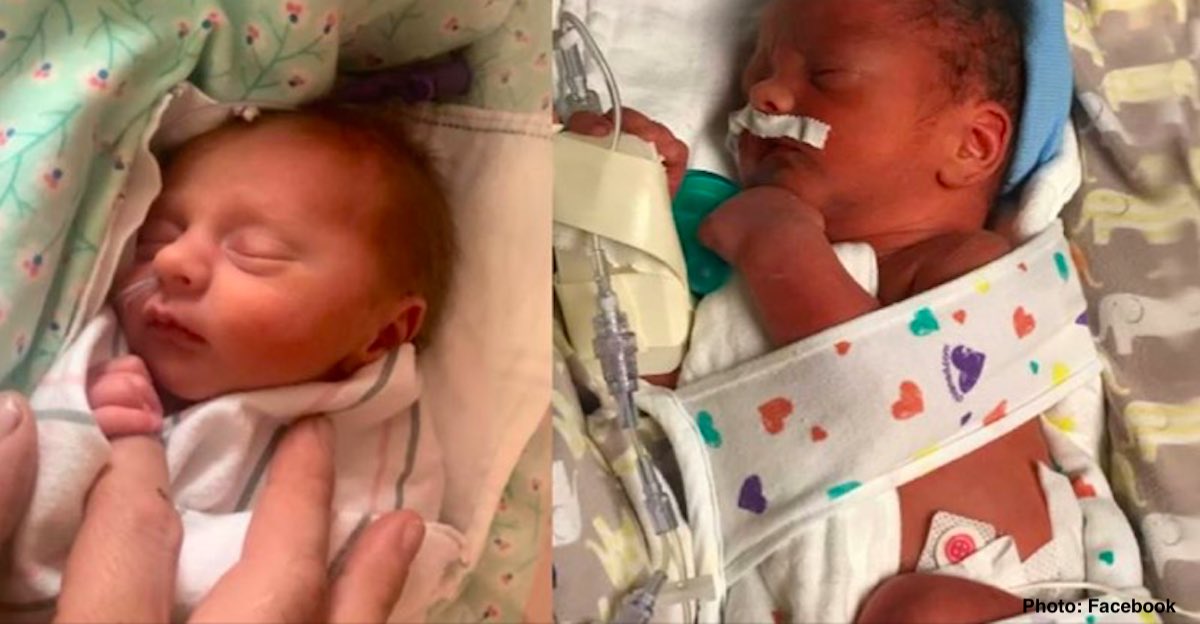 Indiana twins Joslyn and Jaxon arrived a bit ahead of schedule last week and already have a lot of fans. They weren’t due to be born until February 19, but the duo made a surprise appearance when one was born on New Year’s Eve and the other on New Year’s Day.

Dawn Gilliam was sent to the hospital on New Year’s Eve after her doctors became concerned about a lack of movement with the preborn twins. She said she was expecting to give birth that day. According to WBNS 10, Gilliam gave birth to Joslyn at 11:37 p.m. on December 31, 2019, weighing four pounds, 11 ounces. Jaxon followed her at 12:07 a.m. on January 1, 2020, weighing four pounds, five ounces.

“We were surprised how big they were,” said Gilliam. “We joked about it before knowing that we were in labor.”

“Still kind of overwhelmed,” the twins’ father, Jason Tello, said during a press conference. “Earlier, we talked about it would be great to have them born on different dates. But here we are with this surprise – different dates, different years. That was definitely interesting for us for sure. We’re still kind of speechless still.”

“Very shocked,” added Gilliam. She’s still getting used to the idea that she has two babies.

The twins have two big brothers at home, ages 10 and five. Their parents had hoped to add one more baby to the family and were blessed with two. Despite being born seven weeks ahead of schedule, their father says they are doing better than expected. While they are each using feeding tubes to help them gain weight, they are healthy and expected to do well.