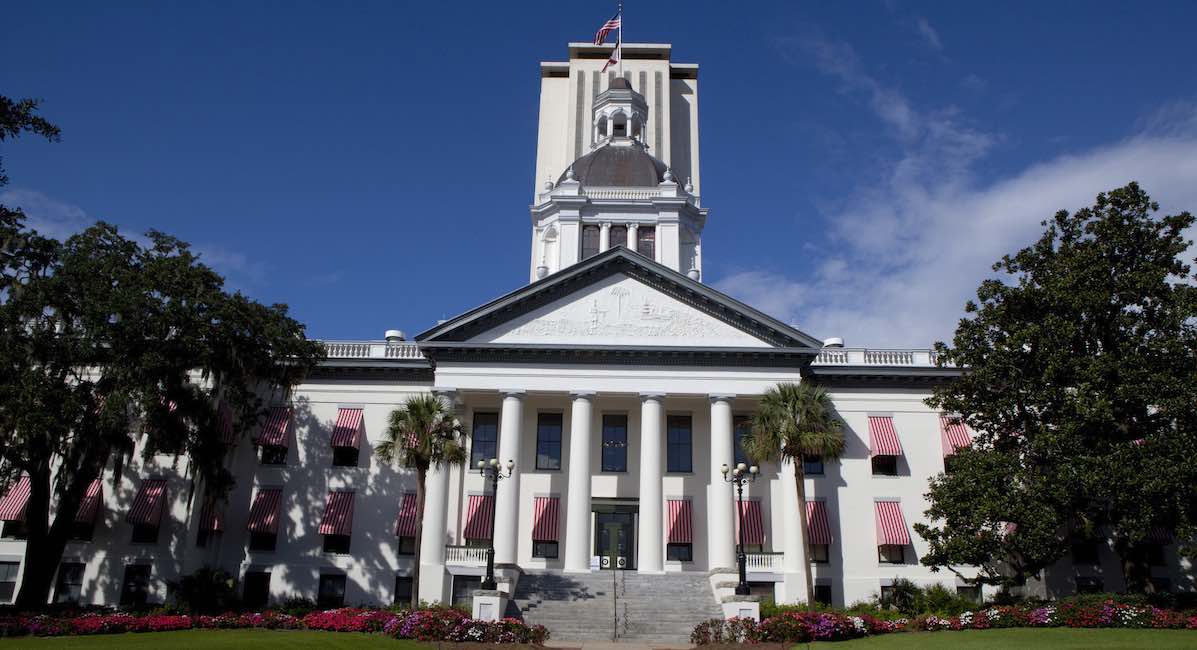 UPDATE 2/21/22: The Florida Senate Appropriations Committee passed the state’s proposed 15-week abortion restriction bill on Monday, following the House’s approval on Thursday. The bill restricts abortion to the first 15 weeks of pregnancy except in cases in which the mother’s life is considered to be in danger (though abortion is never medically necessary) or when the preborn child is given a diagnosis considered fatal (abortion in these instances are an act of eugenics). The bill does not allow exceptions for rape or incest, though Senator Minority Leader Lauren Book proposed an amendment to change that.

Today, for the second time, Republicans in the FL Senate rejected my amendment to ensure victims of rape, incest, & human trafficking are not forced to carry pregnancies resulting from their assaults. Taking choice away, revictimizing victims — this is NOT the will of the people. https://t.co/tJhCgIyA6C

“Today, for the second time, Republicans in the FL Senate rejected my amendment to ensure victims of rape, incest, & human trafficking are not forced to carry pregnancies resulting from their assaults,” Book tweeted on Thursday. Killing a preborn child because she was conceived in rape or incest is discriminatory and does nothing to help her mother heal from the trauma of sexual assault. Rather, it is an additional violent trauma the mother will suffer.

Though any restriction on abortion is a pro-life victory, the ultimate goal is for abortion to be completely criminalized. Pro-life Florida legislators had the opportunity to introduce a bill that would have restricted abortion when a preborn child’s heartbeat is detectable at about six weeks, however, they decided to introduce the 15-week restriction instead, which will save far fewer lives than a heartbeat restriction would have. The Florida bill will now head to the full Senate for a vote.

2/21/22: Joining the ranks of other states passing pro-life legislation, the Florida House has passed a bill that would ban abortions after 15 weeks. HB5 passed by a vote of 78-39, and was sent to the Senate where it is expected to pass and be sent to the desk of Governor Ron DeSantis.

The bill states that “a physician may not perform a termination of pregnancy if the physician determines the gestational age of the fetus is more than 15 weeks” and bears similarities to the Mississippi law currently before the consideration of the Supreme Court. The bill provides exceptions for the physical health or safety of the mother, or in the case of severe fetal abnormality, but not in cases of rape or incest.

Bill supporter Rep. Dana Trabulsy spoke of how she had had an abortion and “regretted it everyday since.”

“This is the right to life,” she stated, according to the AP, “and to give up life is unconscionable to me.” But others disagreed.

“As a woman it is my right to make decisions about my body and what is in the best interest of my family,” said Rep. Robin Bartleman. “God forbid your 11 year old is raped and pregnant and you find out after 15 weeks, you don’t get to get your daughter that abortion, that’s what this law says.”

In the latter hours of the session and prior to the final vote on the bill, protesters had been bussed in, according to WPLG Local 10, interrupting proceedings and leading House Speaker Chris Sprowls to call a temporary recess. According to the Tampa Bay Times, police report that 25 abortion activists were banned from the House for one year, and 30 people total were removed from the premises. One Planned Parenthood Affiliate member, organizing director Lauren Brenzel, was arrested for giving false identifying information to police. Videos of the disruption, consisting of abortion activists chanting “my body, my choice,” appeared on Twitter shortly thereafter.

Capitol Police and staff are ordering protesters to exit the House Chamber.

They began chanting as lawmakers readied to vote on the 15-week abortion ban. pic.twitter.com/XsvSnYLKlw

In the aftermath of the bill’s passage, abortion supporters condemned the legislation. Opponents claimed that 15 weeks is still too soon for a woman to know that she’s pregnant, an objection more commonly heard around six- or eight-week abortion bans. Additionally, an associate medical director with Planned Parenthood, Dr. Samantha Deans, told NPR that fetal anomalies aren’t detected until 15 weeks. “You cannot perform an amniocentesis until the second trimester,” she said. “And generally speaking, we don’t perform amniocentesis until 16 to 20 weeks.”

While amniocentesis – an invasive, diagnostic genetic test that involves using a long needle to take a sample of amniotic fluid to screen for genetic conditions – isn’t done on a routine basis absent indications, many providers have pressured parents to abort when much earlier tests and other screenings have come back positive for a variety of conditions. In some cases the pressure has been so intense that a whole country’s leading professional organization released directives instructing doctors not to pressure parents into an abortion if their preborn child tested positive for Down syndrome.

Earlier in the year, Governor DeSantis signaled his support of pro-life measures. “I think there’s a lot of pro-life legislation. We’re going to be welcoming it,” DeSantis said at a press conference before the opening of the year’s 2022 legislative session according to the AP. “Having protections make a lot of sense.”

Laws similar to HB5 were passed in Arizona and West Virginia this week.