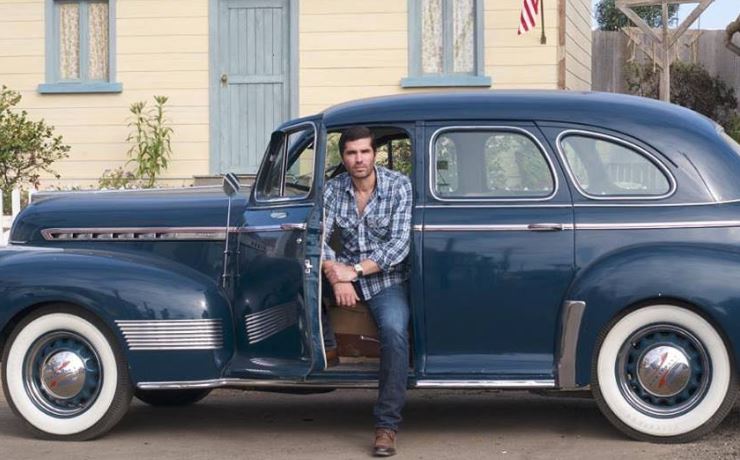 Actor, producer, and award-winning humanitarian Eduardo Verástegui is again speaking out against abortion.

Perhaps most widely known for his role in the pro-life film “Bella,” Verástegui also appeared in the highly acclaimed film “Little Boy.” Currently producing two new films, including the “Sound of Freedom” – focused on human trafficking – and “Mary,” about the historical killing of the innocents under King Herod, Verástegui was awarded an honorary doctorate degree by several international organizations in 2016 for his leadership and humanitarian contributions.

Verástegui has never backed away from his stance against abortion, and it looks like he isn’t about to stop. He took to Facebook last week to tell his nearly 900,000 followers that “Abortion is not a right, it is a crime!”

“Sadly today, the most dangerous place on the planet, where most deaths take place is the belly of the mother,” he said. “If a politician is not able to defend the smallest of his Country, the babies that are in the womb of a mother and run the risk of being aborted, then I wonder who they are defending?”

Verástegui urged his followers not to let “the culture of death” manipulate, deceive, or brainwash them. He noted that accepting and permitting a mother to kill her preborn child would lead to the acceptance of all of us killing each other — a sentiment once expressed by Saint Mother Teresa. He said that children who grow up in a culture of death may someday “pass a law to kill unwanted parents!”

“Those of us who are pro-life, respect and celebrate life,” he said. “Abortion is not a right, abortion is a crime. The right belongs to the defenseless baby that can not defend itself, the right to continue living. […] All human life without discriminating against anyone deserves to be defended and protected by the State!”

READ: Abortion is not a word game. It’s a human rights violation.

While abortion activists will often say that men don’t get to have a voice in the abortion debate — unless of course, those men are pro-abortion, like Cory Booker or Joe Biden — Verástegui dismisses this ridiculous notion, and reminds his followers of one of the true roles of men.

“The true man is a guardian, that is his nature, to be a protector of life,” he wrote. “If he is not able to protect and defend the smallest humans, those who cannot defend themselves, the most vulnerable; babies who are inside their mother’s womb and run the risk of being aborted, then behave like a coward. I do not judge the person, because only God knows, but if you judge the act of omission and cowardice – Oh, my God, how many of them abound in politics!”

Verástegui asked what the rights of girls inside the womb are, adding that any woman who believes in a right to kill their own child has “been deceived and manipulated by the culture of death.”

He also brought up the fact that science proves life begins at fertilization, and said that we should be working to protect life and help women and children, rather than promoting death. He explained we should be focused on helping women out of poverty, rather than killing their children and leaving the women in the same bad situation they were in — only now with a dead child and a lifetime of remorse.

“Everything disguised to promote false freedom, freedom is not to do what we want. True freedom,” he said, “is to do what is right, what is ethical, what is human!”