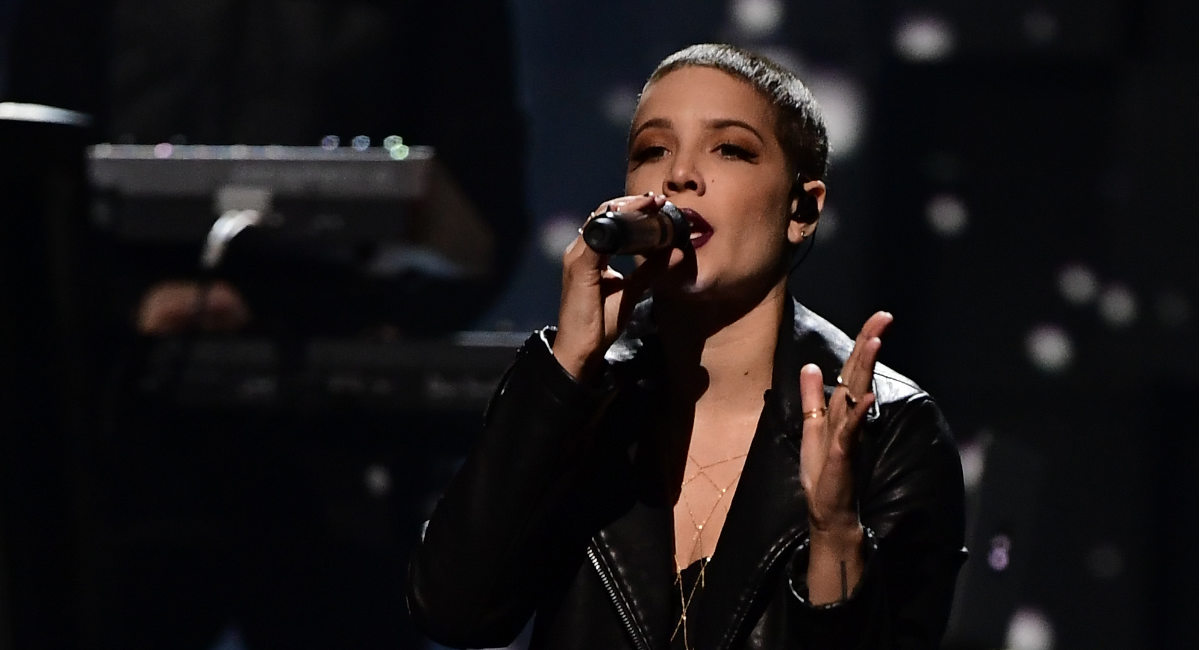 Fans reportedly walked out of a Halsey concert in Phoenix last week following the singer’s strong comments in support of abortion and against the Supreme Court’s Dobbs v. Jackson Women’s Health Organization decision overturning Roe v. Wade. It is unclear how many fans left the show shortly around midnight on June 24-25.

Halsey is on a tour entitled “Love and Power,” and during the concert, which took place on the eve of the Dobbs decision’s release, the singer said, “This has been happening for a very long f***ing time. And I know that we want to sit at home and we want to wait for some revolutionary to come along and to make a difference, but no one is f***ing coming. Nobody is f***ing coming. It is up to every single one of you, myself, every single person in this building to do our f***ing part to protect bodily autonomy and bodily integrity. To protect medical privacy.”

Then Halsey led the audience in a “My body, my choice” chant.

Halsey went on to say, “Here in Arizona, you guys got to promise me that you’re gonna do that work so that the person to the left of you and to the right of you has [abortion rights] for the rest of their lives. If you don’t like it, you can go home right now — I don’t care.”

Twitter users who were at the show tweeted video clips that included a giant screen showing images of women marching for the right to kill their undelivered babies, as well as information about the Dobbs decision, calling it a “catastrophic attack on bodily autonomy” that will “encourage more dangerous legislation, impacting vulnerable communities the most.”

Halsey also mentioned that she needed an abortion to save her life, however, based on her words in a July 1 essay for Vogue, the procedure she underwent was not an abortion legally speaking. She wrote, “One of my miscarriages required ‘aftercare,’ a gentle way of saying that I would need an abortion, because my body could not terminate the pregnancy completely on its own and I would risk going into sepsis without medical intervention. During this procedure, I cried. I was afraid for myself and I was helpless. I was desperate to end the pregnancy that was threatening my life.”

Halsey had suffered an incomplete miscarriage and needed medical intervention to complete it because she was at risk of infection. This is not an abortion by the legal definition because the intent of the procedure was not to kill her baby. No pro-life law bans surgery or treatment for incomplete miscarriage.

A person’s valid right to bodily autonomy does not allow them to deliberately cause harm or kill another innocent human being. Women have the right to their bodies and their bodies must be respected and protected. Children in the womb are not part of the woman’s body. They are their own individual persons who also deserve respect and protection.

downside of doing outdoor venues: no door to hit them on the way out 👋🏼 https://t.co/qc8q8mshd9

According to various news reports, a number of people walked out of the show when Halsey began the pro-abortion rant. A fan wrote on Twitter that the “amount of people who just walked out of the Halsey concert after nightmare when she spoke about abortion was sickening. Fight for what is right.”

Halsey shared that tweet, saying, “downside of doing outdoor venues: no door to hit them on the way out.”

It seems, however, that Halsey considers some undelivered persons to be human but not others — discriminating against certain preborn babies based on the false idea that “wantedness” defines a person’s humanity. The singer admitted in the pro-abortion rant to having once had an abortion, and has previously spoken of struggling with infertility before having a now one-year-old child following three miscarriages and a diagnosis of endometriosis.

In February 2020, Halsey expressed a wish to have a child and said of miscarriage, “It’s the most inadequate I’ve ever felt. Here I am achieving this out-of-control life, and I can’t do the one thing I’m biologically put on this earth to do. Then I have to go onstage and be this sex symbol of femininity and empowerment? It’s demoralizing.”

Then, following a pregnancy announcement in January 2021, Halsey said on Twitter, “I love this mini human already!”

Halsey considers carrying a child to be something women are “biologically put on this earth to do” and not being able to do so made the singer feel inadequate. Finally able to celebrate a pregnancy and be excited about giving birth, Halsey called that preborn child a “mini human,” yet somehow thinks women should be able to have these mini-humans violently killed in abortion because the child doesn’t fit their schedule or plan.

Halsey’s support of abortion conflicts with the singer’s previous admission that the child in the womb is “human.” Babies in the womb are human beings whether they are planned or not. We can’t pick and choose which human beings are worthy of life and which aren’t — which deserve respect and rights and which don’t. All human beings are created equal and all human beings — no matter their age, development level, gender, race, or religion — should be afforded the same equal right to life.

Editor’s Note 7/5/2022: This article was updated with an additional quote from Halsey’s July 1 Vogue essay.