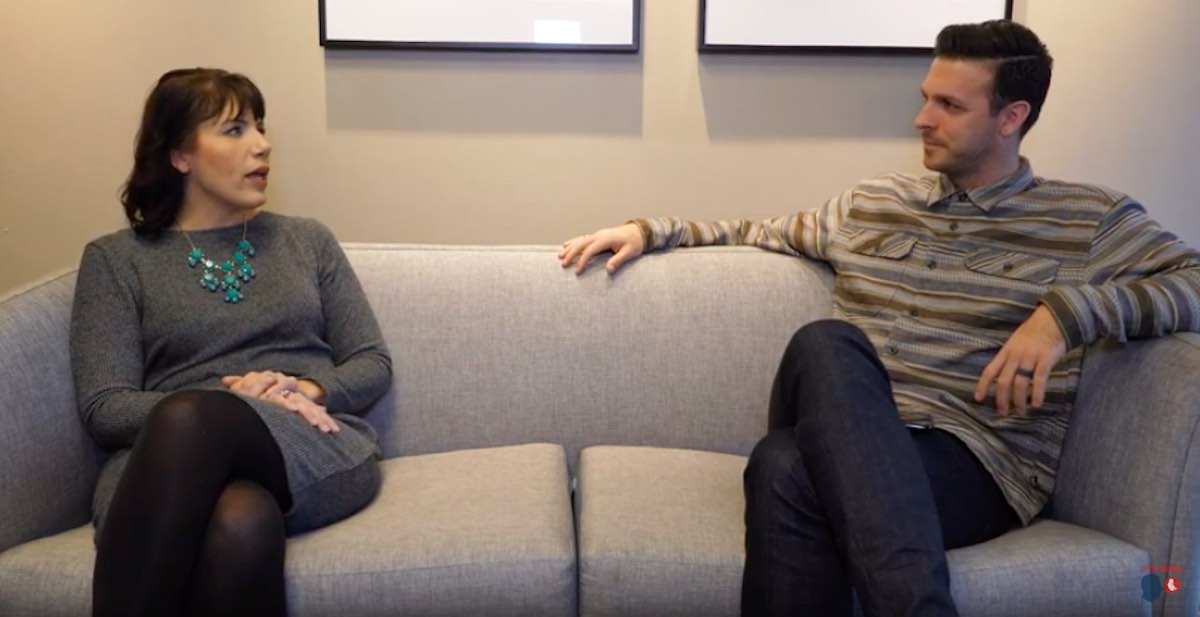 UPDATE February 18, 2020: Facebook has restored a post by pro-life activist Seth Gruber, telling Live Action that Gruber’s post was “incorrectly” flagged as spam and that it is now live. The social media platform also said that Gruber was “flagged due to frequent posting” in order “to prevent individuals from spamming links all over the platform” and that it had “nothing to do with the content.”

Gruber reached out to Live Action News to say that Facebook apologized to him and that he hopes he “can trust that it was accidental.” The post flagged by Facebook was in regards to an interview Gruber had done with abortion survivor Melissa Ohden.

February 17, 2020: In yet another apparent attempt to silence pro-lifers, Facebook has removed a post created by Seth Gruber of Life Training Institute. Gruber had interviewed abortion survivor Melissa Ohden and was sharing information about the interview on his personal Facebook page when he was sent a warning message from the social media giant — and his post was removed.

“We have these standards to help prevent people from misleading others,” the notification stated. “We may restrict your account if you violate our standards again.” 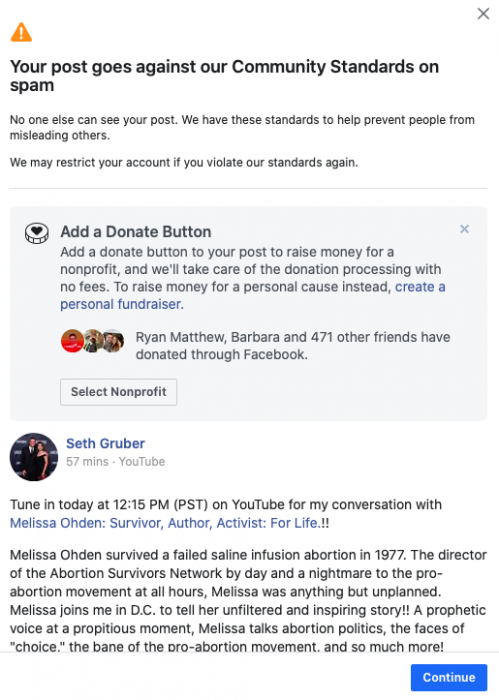 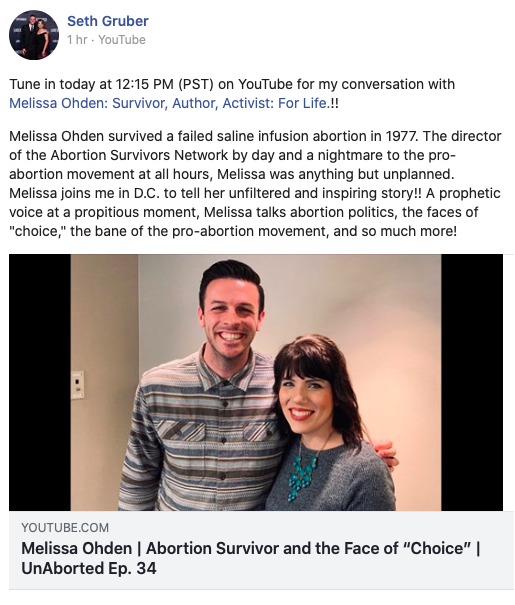 Gruber’s post simply invited his followers to tune in to YouTube later in the day to watch the interview with Ohden and gave a description of who Ohden is: a survivor of a failed saline infusion abortion in 1977. The medical records from her birth actually state, “a saline infusion for abortion was done but was unsuccessful.” In other words, Ohden survived. Abortion advocates don’t want people to know that babies do survive abortions because this shows the humanity of preborn babies and proves that abortions are committed on viable, healthy babies.

“It’s ironic, isn’t it, that when pro-abortion advocates can’t silence unborn children in the womb through dismemberment, they will attempt to silence the voices of those who survived that procedure under the guise of ‘misleading others’,” Gruber told Live Action News by email. “I appealed it of course, but haven’t heard back and probably won’t.”

Gruber responded to Facebook’s censorship, writing on Facebook, “So rather than functioning as a platform that allows all content and voices, they have become an Orwellian Leftist think tank that chooses which content to remove that poses a conservative threat to their leftist indoctrination of young people, who spend an inordinate amount of time on this platform.”

The video interview with Ohden can be viewed above or on YouTube.