Today, Facebook founder Mark Zuckerberg told U.S. Senator Josh Hawley that Facebook was wrong to censor pro-life group Live Action, and that there was “clearly bias” in the social media giant’s “fact check.” Last month, Facebook fact checker Health Feedback sought out two abortionists to “fact check” Live Action’s claim that abortion is never medically necessary. Live Action founder and president Lila Rose and Live Action followers were given notifications from Facebook that these claims were false according to an “independent fact checker,” not alerting these followers that the fact checkers were actually abortionists, and therefore biased. The so-called fact check itself was filled with falsehoods, and after a group of senators sent a letter to Facebook condemning the blatant bias, Facebook agreed to a review.

Today, Senator Josh Hawley, one of the senators who signed the letter, took to Twitter to announce that Facebook founder Mark Zuckerberg admitted that there was “clearly bias,” in the abortionists’s fact check, but seemed unwilling to take steps to prevent it from happening again. 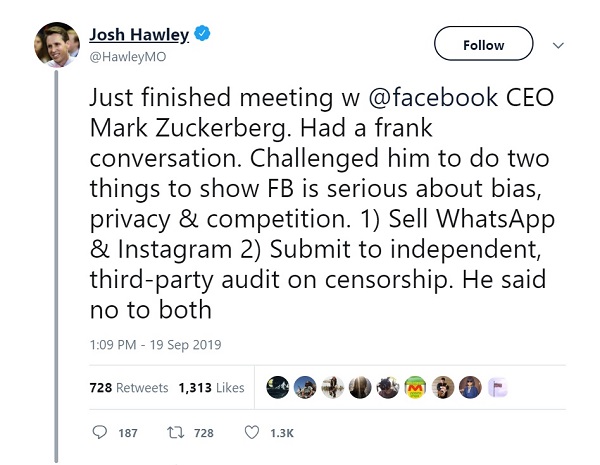 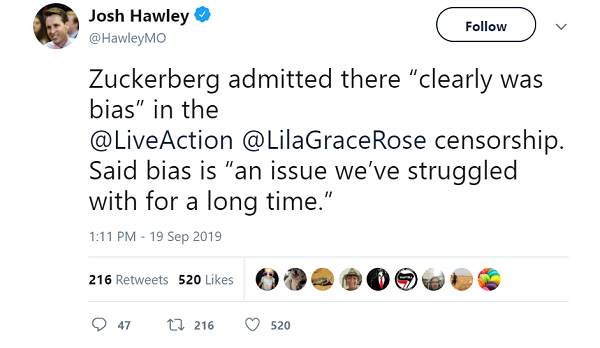 The supposed fact check completely misrepresented Live Action’s position on abortions, and misquoted Lila Rose. The fact check claims, “[The video] does not mention that this (preterm separation) is only applicable when a fetus’ gestational age is advanced enough that its survival outside the womb is possible (generally >24 weeks old). In situations where a fetus has not developed sufficiently.”

However, neither Rose nor Live Action has ever said that a preborn child would always survive a preterm delivery. As board certified neonatologist Dr. Kendra Kolb explained in the Pro-Life Replies video on this very issue (one of the videos that the abortionists labeled as “false news”):

In situations where the mother’s life is truly in jeopardy, her pregnancy must end, and the baby must be delivered.These situations occur in cases of mothers who develop dangerously high blood pressure, have decompensating heart disease, life threatening diabetes, cancer, or a number of other very serious medical conditions. Some babies do need to be delivered before they are able to survive outside of the womb, which occurs around 22 to 24 weeks of life. Those situations are considered a preterm delivery, not an abortion.

Lila Rose also spoke out about the damaging effects this attack had. 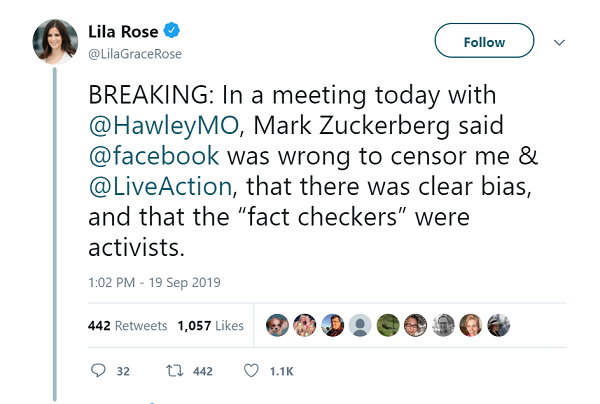 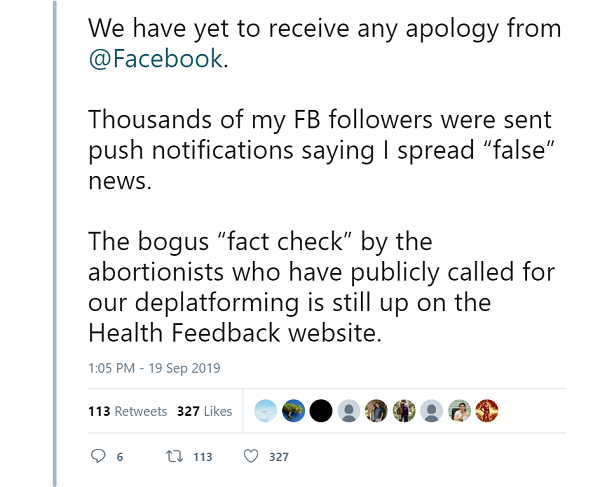 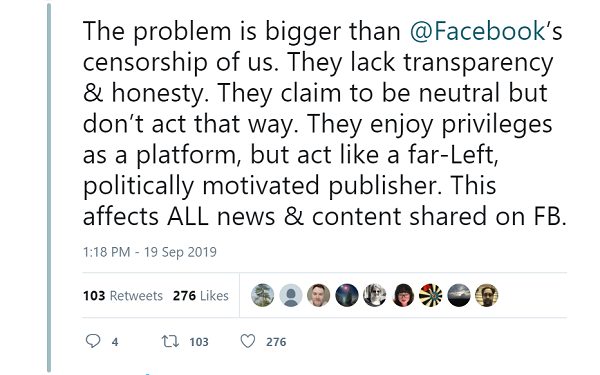 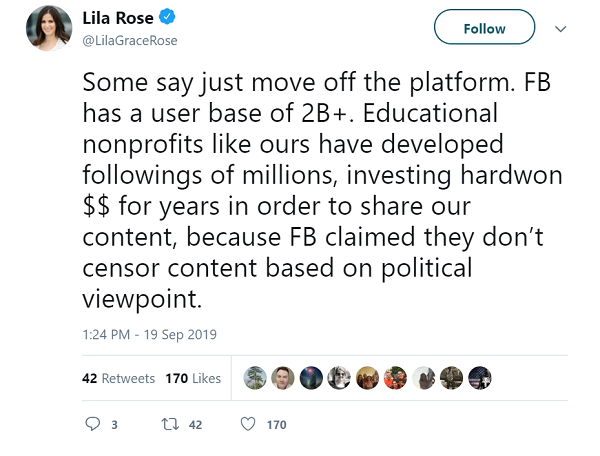 Now, Facebook has pivoted to “fact checks” that even their founder admits were biased.

While admitting fault is a good start, it is also not sufficient. Facebook must do more to fix this problem, and prevent it from ever happening again.