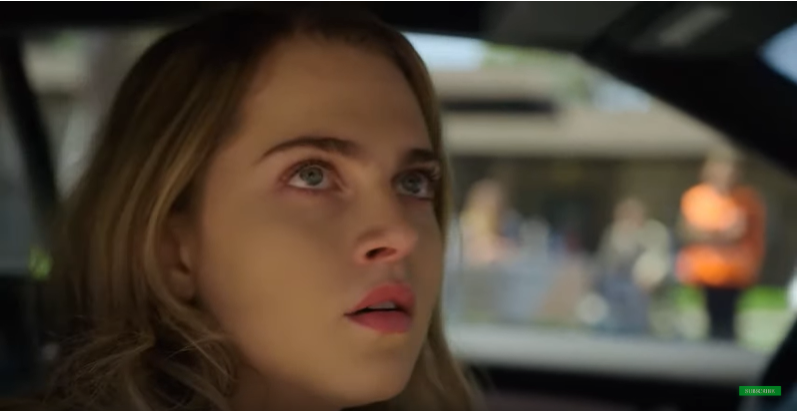 In an interview with actress Anne Winters, who plays Chloe in Netflix’s controversial 13 Reasons Why, Entertainment Weekly‘s Sydney Bucksbaum made it a point to cast pro-life pregnancy centers and pro-lifers in a negative light. The storyline: Chloe is a teenage cheerleader who resorts to an abortion after her boyfriend rapes her. But in her “journey” towards her abortion, Chloe must endure what EW considers disturbing moments at the hands of pro-lifers.

Winter’s character initially visits what she believes to be an abortion clinic, but it turns out to be a pro-life pregnancy center. She says that her character was “tricked.” In reality, pregnancy centers advertise their services as exactly what they are: pro-life centers that exist to provide women with free services, including pregnancy tests, ultrasounds, clothing, baby gear, diapers, parenting classes, and housing. Some centers are licensed clinics working under the direction of a doctor and providing on-site prenatal exams, and/or STD testing. Bucksbaum claims that providing these services to women is “traumatizing” to them. She writes:

She first had to endure visiting a fake abortion clinic, a practice that actually exists to “intentionally deceive pregnant women into believing that they provide a full range of women’s health services when, in reality, they provide only a pregnancy test, accompanied by intense anti-abortion propaganda,” according to the National Institutes of Health.

The issue isn’t just that this is a complete lie, but that Bucksbaum had the gall to actually attribute her lie to the National Institutes of Health. In response to this, Newsbusters wrote, “The only problem is that the quote describing CPCs does not come from NIH, it is taken from the abstract of a journal article found by searching NIH’s PubMed search engine database. She might as well have written ‘according to Google.'”

Equally bias are the claims from Winters who tells Bucksbaum, “I’ve been getting a lot of people saying they used to judge a friend or someone who has gone through that and made that decision and after seeing what Chloe went through, they aren’t judging anymore now that they’ve seen another side to it. If anything, that’s the best thing. I can open someone’s eyes that may have been closed off to something huge and help them see that it’s not just a black-and-white issue. It’s a tough decision that everyone needs to make their own choice about.”

Still, her lack of regard for aborted souls who have no choice is as heartless as it is obtuse. Abortion is a black-and-white issue because it’s an issue of life and death.

Bucksbaum asks Winters about her initial reaction to learning her character would have an abortion. In that question, Bucksbaum slips up, saying, “anyone getting an abortion is already in such a vulnerable place.” But if abortion is just a simple medical procedure as the abortion industry would have women believe, then why would women be any more vulnerable?

As for the actual abortion scene, Winters says it was “the vacuum noise in that scene, that was what really got me there every time. That noise is so unique and so raw. It put me in that headspace.” That noise is what stands out to real post-abortive women as well. In fact, it haunts them, reminding them for the rest of their lives of the moment their baby died.

In reality, EW’s interview with Winters is nothing more than a hit piece—an aim to demonize the 2,000 plus pro-life pregnancy centers across the United States. Centers that exist solely to help women who want to choose life.

Why is it that instead of focusing on the crime of rape itself, Netflix and EW choose to socially indict crisis pregnancy centers that exist only to serve women, not exploit them? Undoubtedly, Hollywood’s unabashed support for abortion is a clear reminder they have no business subjectively moralizing to any of us — 13 Reasons Why and EW are proof.