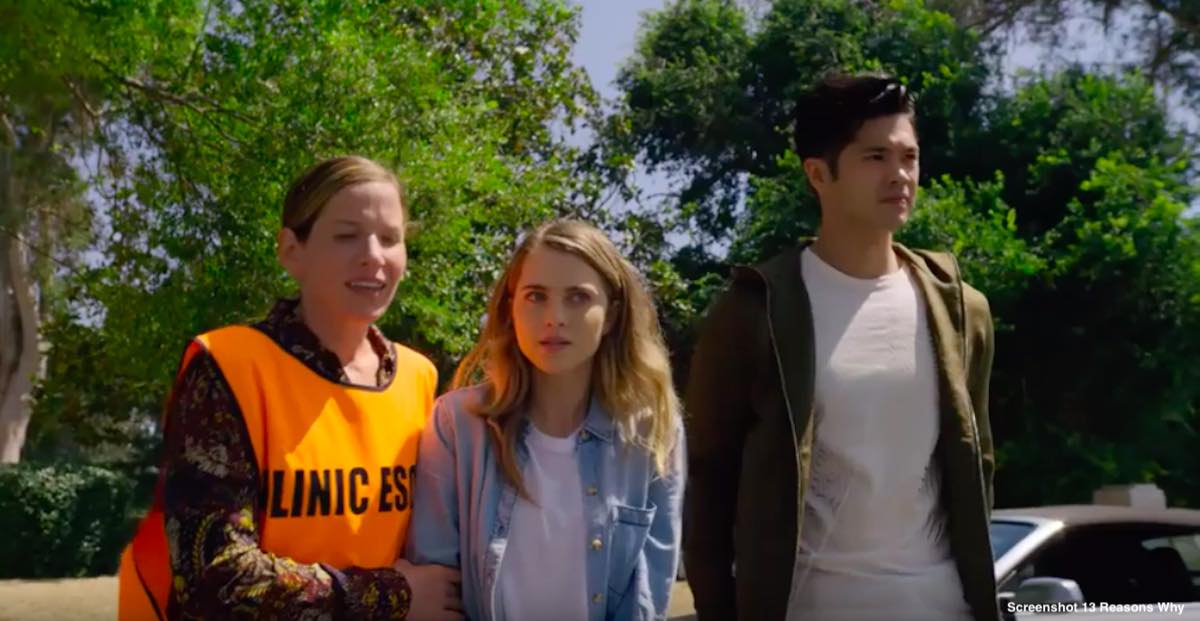 The Netflix drama “13 Reasons Why” has been the center of controversy since its very first season. The original plotline was criticized for glamorizing teen suicide, creating massive scandal, but the show runners seem to have taken that as a challenge. They’ve since moved on to graphic depictions of rape, and, in the most recent season, an episode features a teenage girl having an abortion.

In June, “13 Reasons Why” actress Anne Winters announced that the third season would feature an abortion storyline. Winters plays Chloe, a teenage cheerleader who was assaulted by her boyfriend, Bryce, in season two. In the season finale, it’s revealed that Chloe is pregnant. Winters originally hinted that Chloe would have an abortion. “I think abortion will be discussed for sure,” Newsbusters reported. “I feel like Chloe would be the type to be like, ‘Yeah, I’ll get rid of it. I feel like Bryce would tell her that [she] need[s] to get rid of it, and so would his parents. … I’ll get there and then be like, ‘Oh my god, I can’t do it. I can’t do it.’”

But, when season three was released, it turned out that Chloe did, in fact, go through with the abortion. The episode included a scene in which Chloe had a conversation with Bryce’s mother, who told her he came from a long line of men who shouldn’t have been fathers. “My son is no different,” she told Chloe. “In fact, I think he may be worse.”

Chloe first goes to a pregnancy resource center, where the counselor tells her that she and her baby “can go on to have full and wonderful lives,” before Chloe finally decides to go to an abortion facility. The episode portrays pro-life sidewalk counselors in the worst way possible. When Chloe returns for her abortion, there are protestors outside shouting at her from across the street, before a kind-looking woman appears to walk her across the street wearing a “clinic escort” vest – only, it turns out, she is another one of the protestors. As Chloe’s friend Zach says, “This is hard enough,” the protestor responds, “Well… it should be hard. Killing is a sin. But it’s not too late. This is the moment where you decide the fate of two souls! Choose wisely or you’ll regret this day until you die.” As Zach pulls Chloe away from the woman, she forces a bloody model of a preborn baby into Chloe’s hands.

While some of these kinds of tactics have unfortunately been used in the past, today, the majority of pro-lifers on the sidewalks are reaching out in a loving manner and/or simply peacefully praying for the women who enter abortion facilities. Sidewalk Advocates for Life responded to the episode, writing, “While the episode accurately depicts many of the common emotions surrounding an unexpected pregnancy – issues thousands of real American women face every year – unfortunately for Netflix viewers, the subplot so grossly and inaccurately mischaracterizes modern-day sidewalk advocacy and sidewalk counseling in front of an abortion facility, that it can only be understood as abortion propaganda.”

Inside the facility, Chloe cries during the abortion procedure, gripping her arm so hard that it leaves fingernail marks. “That was a reaction because you can’t move [in the situation]. My instinct reaction was to grab on as hard as I can to my arm because there is no one [else] to hold on to,” Winters explained of the scene in an interview with Refinery29.

The procedure in the scene appears to be an aspiration abortion. In this procedure, the abortionist first dilates the woman’s cervix before using a powerful suction vacuum to forcibly remove the preborn baby from the uterus. Finally, the abortionist uses a curette to scrape the uterus, ensuring nothing was left behind. Complications can include hemorrhage, infection, injury to the uterus, cervix, and other organs, and even death in rare cases.

While Netflix is certainly no stranger to promoting abortion, “13 Reasons Why” is especially notable because it is directly marketed to teenagers. Its viewers trend largely young and female, according to Nielsen. And it’s because of this that “13 Reasons Why” has come under such immense criticism.

After the first season aired, a study found that internet searches on suicide had skyrocketed. A second study later confirmed that there had been a 28.9 percent increase in suicides among children between the ages of 10 and 17 the month following the debut — which was higher than “any single month over the five-year period researchers examined.”

“The results of this study should raise awareness that young people are particularly vulnerable to the media,” Lisa Horowitz, one of the study’s authors, said in a statement. “All disciplines, including the media, need to take good care to be constructive and thoughtful about topics that intersect with public health crises.” Yet clearly, Netflix has not learned its lesson, continuing to air content that is dangerous. The question is whether Netflix is merely apathetic to what it could be convincing children to do — commit suicide, undergo an abortion, use broomsticks for sexual assault — or if this is a twisted attempt at sick propaganda.