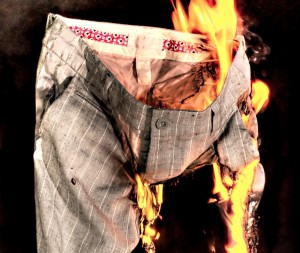 Time to put this to rest.

The case of Savita Halappanavar, whose death pro-aborts blame on Ireland’s pro-life laws, has been the focus of some of Live Action’s most emotional discussions, and we can expect another case from El Salvador to rise to similar prominence in the abortion narrative. The Huffington Post reports that a young pregnant woman’s life is in danger, but, after a month, the country’s Supreme Court still has yet to rule on her hospital’s petition to perform a life-saving abortion:

Beatriz has been diagnosed with several illnesses, including lupus and kidney disease, Amnesty wrote, and her baby is missing a large part of its brain and skull and would likely die within hours or days of birth.

Abortion in El Salvador is a black-and-white issue. According to the Pew Forum on Religion and Public Life, abortion in all cases is illegal in the Latin American nation — even when it could save the life of the mother.

In a sentence containing links to several unrelated American abortion stories, Salon’s Katie McDonough sneers, “[I]f government policy and religious ideology interfering with a woman’s right to access abortion care or a doctor’s ability to exercise medical judgment and save a woman’s life sounds familiar, it should.” Nancy Northup, head of the so-called Center for Reproductive Rights, demands that the international community rise to “safeguard fundamental reproductive rights” and preposterously claims that “[s]tudy after study has shown there are no positive outcomes to banning abortion outright” (if you don’t count a baby avoiding death as a “positive outcome”). NARAL cites pro-life laws in North Dakota and Arkansas as evidence that American women could suffer the same fate. Samantha Escobar at BlissTree wonders, “While Americans frequently look at countries like El Salvador and call them the ‘third world,’ why is it that our policies are beginning to look more like theirs than the ones we frequently see as developed?”

The Savita battles have revolved around the details of her condition, what Irish laws do and don’t say, and which medical authorities made what judgments. There may be similar minutiae to fight over in the Beatriz case, but I’d much rather cut to the chase: the “in El Salvador” part. As in, “not the United States.” Whatever is the case in El Salvador, neither it nor the situation in Ireland has anything to do with the American abortion debate.

To the best of my knowledge, nobody in the American pro-life movement, not even in its personhood or no-exceptions factions, has ever taken the position that women whose pregnancies genuinely endanger their lives should be forced to die for the sake of their babies; in fact, many of the above have expressly affirmed the permissibility of acting to save the mother’s live even if the treatment results in the baby’s death.

Granted, even though such treatments cut an unborn baby off from the womb’s support before he or she can survive independently, resulting in his or her death, pro-lifers don’t consider it to be an “abortion,” since lethal force isn’t being directly applied to the baby, and his or her death is an unintended, secondary result. Some may consider that distinction an unsatisfying matter of semantics, but the bottom line is clear: even if you do call that an abortion, we wouldn’t stop you. We wouldn’t punish you.

Even more absurd than suggesting that pro-lifers want to do otherwise is the idea that voters would go along with it even if we tried. With at most 20% of the country currently willing to ban abortions due to rape, the odds that they’d tolerate forcing a woman to continue a pregnancy that might kill her are extremely remote.

So tell me, if there really is a threat that the U.S. is going to be riddled with new Savitas or Beatrizes, where is it going to come from? Do pro-aborts who make the accusation sincerely have an actual proposal or some other hard evidence in mind, or is this just more defamatory emotional blackmail, exploiting the most gut-wrenching scenarios possible to ensure that babies remain killable for far less dire reasons?