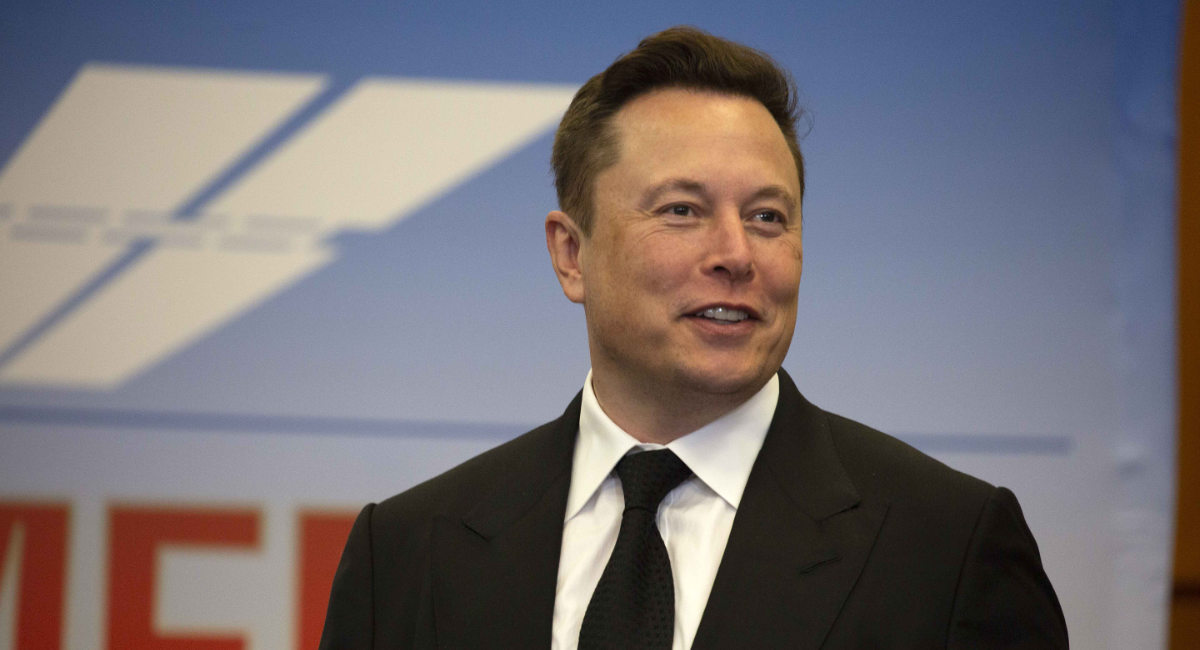 Tesla and SpaceX CEO Elon Musk is speaking candidly about what he believes to be the greatest threat to civilization: the lack of children. “I can’t emphasize this enough: There are not enough people,” he said Monday during the Wall Street Journal’s CEO Council Summit. “One of the biggest risks to civilization is the low birth rate and the rapidly declining birth rate.”

In his comments, Musk noted that many people still tout the myth of overpopulation. “So many people, including smart people, think that there are too many people in the world and the population is growing out of control,” he said. “If people don’t have more children, civilization is going to crumble. Mark my words.”

Indeed, Musk’s observation coincides with trends being seen worldwide. The Centers for Disease Control and Prevention report that 2020 birth rates for the United States were at an all-time low, with 3.6 million babies born in the US. That marks a four percent decrease from the previous year. Currently, the fertility rates in the US are at about 1.6 births per woman, lower than the necessary replacement-level fertility rate at about 2.1 children per woman.

Declining birth rates aren’t just plaguing the US. Across the globe, countries are starting to notice that their birth levels are far below replacement levels. Even China, which for decades has controlled its population with an extremely oppressive governmental family planning policy, is now facing a demographic crisis. To combat the problem elsewhere, countries like Italy, Hungary, and Singapore are actually providing incentives for people to have more children.

This isn’t the first time that Musk has spoken out about the dangers of a declining birth rate. In July of this year, he tweeted, “Population collapse is potentially the greatest risk to the future of civilization.” 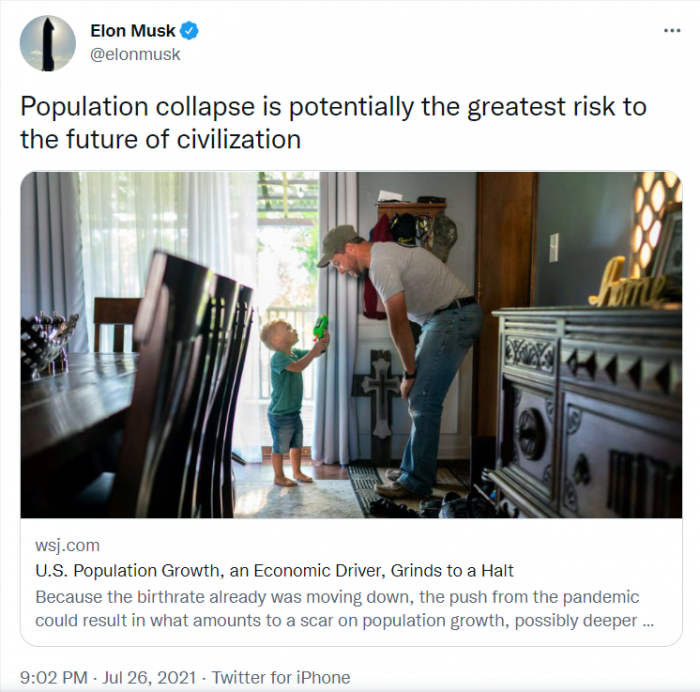 Musk also spoke about overpopulation in 2019.

“Most people think we have too many people on the planet, but actually this is an outdated view,” he said at the time. “Assuming that AI (artificial intelligence) is fine — we’re assuming there’s a benevolent future with AI — I think the biggest problem the world will face in 20 years is population collapse. Collapse: I want to emphasize this. The biggest issue in 20 years will be population collapse, not explosion, collapse.”