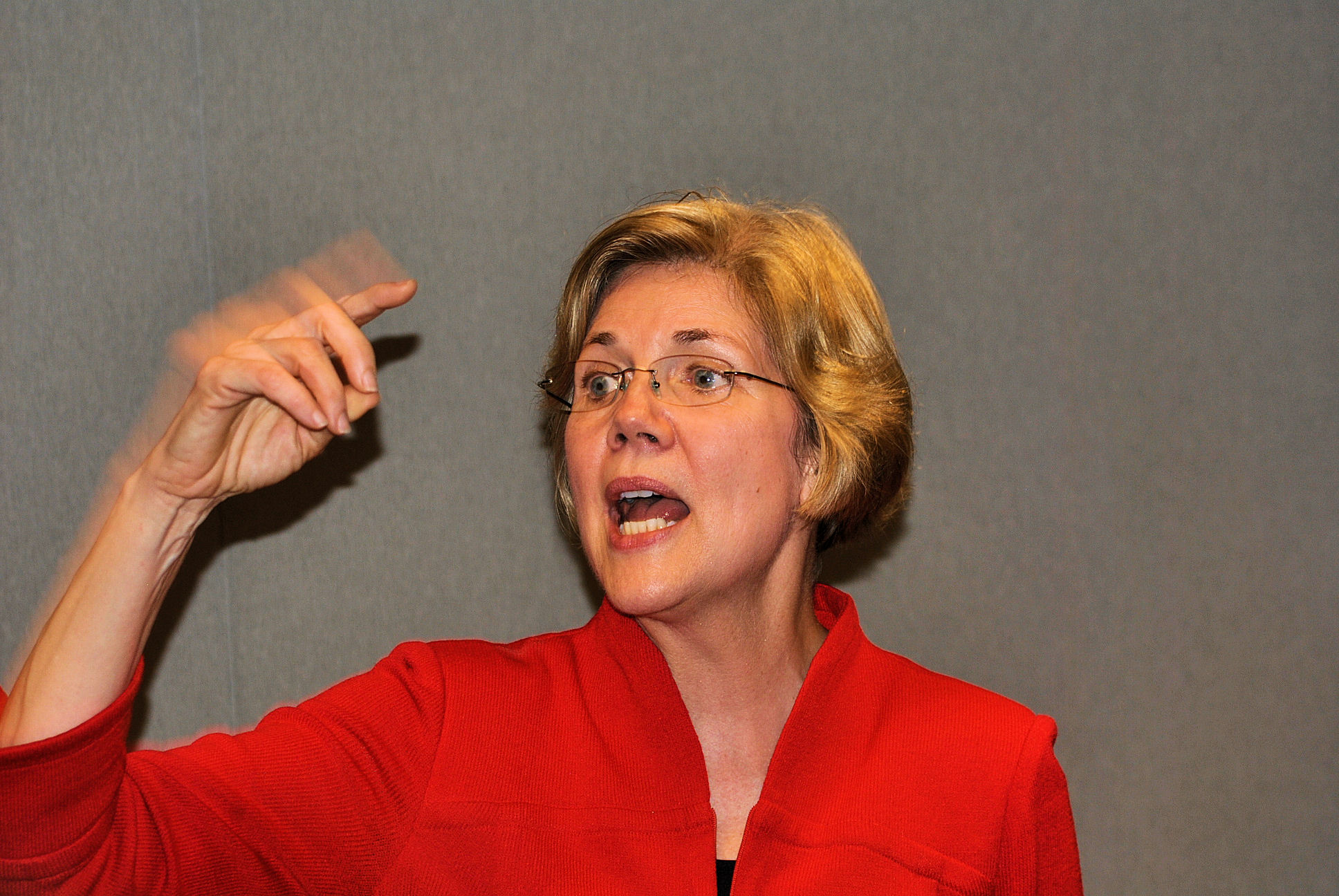 Furious, Warren scolded Republicans with hasty generalizations, rather than debate the merits of the legislation.

In her speech, Warren mocked those voting against Planned Parenthood…

I come to the Senate floor today to ask my Republican colleagues a question. Do you have any idea what year it is? Did you fall down, hit your head, and think you woke up in the 1950s? Or the 1890s? Should we call for a doctor? Because I simply cannot believe that in the year 2015 the United States Senate would be spending its time trying to defund women’s health care centers.

Because it is not. Planned Parenthood is not the only source of women’s health care centers, which the bill makes clear. Margaret Sanger’s brainchild has lately given the public reason to believe that women’s health is not their true priority. She continued:

You know, on second thought, maybe I shouldn’t be that surprised. Republicans have had a plan for years to strip away women’s rights to make choices over our own bodies.

Look at the recent facts. 2013: Republicans threaten to shut down the government unless they could change the law to let employers deny women’s access to birth control. In March of this year, Republicans hold up a non-controversial, bipartisan bill to stop human trafficking. Why? Because they demanded new, anti-abortion restrictions to cover private funding meant to help the victims of human trafficking.

Over the past few years, Republicans have voted to repeal the Affordable Care Act more than fifty times, including the portions that require insurers to cover contraception.

Because if you haven’t noticed, lots of Americans decided they really, really don’t like the ACA, and thus voted for people who don’t like it either.

And let’s be clear, it’s not just Congress. Over the past five years, Republican state legislators have passed nearly 300 new restrictions on abortion access.

So when states choose to keep abortion from being a hastily made, uninformed decision, and encourage maternity homes, pregnancy resource centers, and food shelters instead of padding the coffers of a major abortion provider, they’re automatically conspirators against women’s health care? On the contrary. Maybe they’re just more aware of the actual dangers facing women and babies.

So Madam President, let’s be really clear about something. The Republican scheme to defund Planned Parenthood is not some sort of surprised response to a highly edited video.

Democrats don’t seem to know there’s more than one video, or that the hours of full, unedited footage of these investigations are readily available.  She continued:

Scheduling this vote during the week of a big Fox News presidential primary debate, days before candidates take trips to Iowa or New Hampshire isn’t just some clever gimmick. This is an all-out effort to build support, to take away a woman’s right to control her own body, and access to medical care she may need.

No, it’s just about washing taxpayers’ hands of a corrupt organization, regardless of what it provides, and redirecting the money to worthier health care centers.

Rich Lowry of National Review sums it up best: “By Planned Parenthood’s math, a woman who gets an abortion but also a pregnancy test, an STD test, and some contraceptives has received four services, and only 25 percent of them are abortion. This is a little like performing an abortion and giving a woman an aspirin, and saying only half of what you do is abortion. Such cracked reasoning could be used to obscure the purpose of any organization. The sponsors of the New York City Marathon could count each small cup of water they hand out (some 2 million cups, compared with 45,000 runners) and say they are mainly in the hydration business. Or Major League Baseball teams could say that they sell about 20 million hot dogs and play 2,430 games in a season, so baseball is only .012 percent of what they do. . .If abortion is really incidental to what it’s all about, it could give up the alleged 3 percent. But it will never do it. Abortion is just a tiny portion of what it does exactly the way the heart is a small muscle in the body.”

If there are multiple exceptions then you can’t assuredly say “not one dime.” Furthermore, we’ve had evidence over the years that the federal funding for Planned Parenthood doesn’t stay as clean as Warren says. Regardless, why should any shady organization be given millions of dollars a year in taxpayer money?

Most of the money Planned Parenthood receives from the government comes in the form of Medicaid patients, for medical care provided to low income patients, the same payments that any other doctor or clinic receives for providing cancer screenings or other medical exams. The rest of Planned Parenthood’s federal funding comes from Title X that provides birth control to low income and uninsured people, the same program the House Republicans voted to cut in June.

Citizens don’t like having their money funneled to organizations they don’t trust, no matter how much you insist it’s for the good of the people. “Of all tyrannies,” wrote C.S. Lewis, “a tyranny sincerely exercised for the good of its victims may be the most oppressive.”

It’s not 1525 B.C. Egypt either, where “another boy!” meant you were supposed to break a baby’s neck or dispose of him in the Nile if he was inconveniently Hebrew. It’s also not 1942 Germany, where unwanted human beings could be treated as specimens for research.  We have no excuse for devaluing human life in American society.

Women have lived through a world where backward-looking ideologues tried to interfere with the basic health decisions made by a woman and her doctor, and we are not going back, not now, not ever. The Republican plan to defund Planned Parenthood is a Republican plan to defund women’s health care. For my daughter, for my granddaughters, for people all across Massachusetts and people all across this country, I stand with Planned Parenthood, and I hope my colleagues will do the same.

Perhaps partly because Planned Parenthood gave Senator Warren $16,242 to help her get elected in 2012.