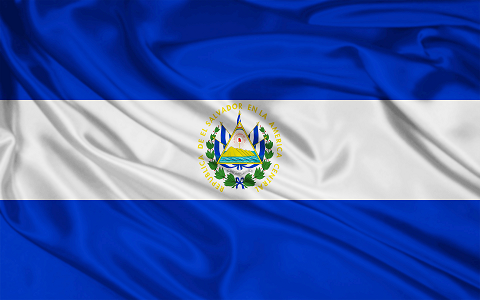 A commission of the Legislative Assembly of El Salvador decided on May 19, 2021, to table a bill that would have decriminalized abortion in the nation.

Abortion is currently illegal in El Salvador under all circumstances, and the 2016 bill in question would have legalized abortion for cases of rape or statutory rape, when the child is diagnosed with a disability or health condition, or when the mother’s life is at risk. That bill has now been archived and abortion will remain illegal in El Salvador.

Pro-abortion activist Sara Garcia said the decision must be “vigorously” denounced and claimed abortion laws are “detrimental to human rights.” For years, pro-abortion organizations including Planned Parenthood have been financing the push for El Salvador to legalize abortion. Their attempts to rally support have included lying with the help of media outlets about horrific cases of infanticide and playing on the compassion of American celebrities. Those celebrities have been tricked into believing that women who have been convicted of infanticide have actually been imprisoned for abortions they didn’t have. In reality, these women killed their newborns.

One example is Imelda Cortez who was arrested in 2017 for the attempted murder of her newborn. Cortez had been sexually abused by her stepfather –a trauma that made her the poster child for abortion activists who believe abortion should be legalized for cases of rape even though that baby was innocent and his or her DNA would have been the proof needed to arrest her stepfather. Since abortion is illegal, Cortez did not undergo one but what she was convicted of doing when her baby was born was heartbreaking and horrific.

While the pro-abortion media has claimed both that Cortez was arrested for not seeking medical attention for the baby at birth and for attempting to abort the baby, the proof supplied to the court by prosecutors during her trial told a different story altogether.

After the baby was born, Cortez was taken to the hospital by ambulance due to excessive bleeding, but her baby was not with her. According to FUNDACIÓN VIDA SV, the doctor on duty, Dr. Ana Sosa, asked Cortez where the baby was and Cortez denied that she had just given birth. She said that she felt something come out of her body when she was using the bathroom. Doctors notified the police who found the baby at the bottom of a septic tank with the lid closed over it. They removed the lid and an officer climbed into the septic tank to rescue the baby, who was covered in feces and white power suspected to be lime. Photos were presented. Yet the pro-abortion media ignored all of this information and claimed Cortez was wrongly accused of abortion. Television host, Padma Lakshmi is one of many who has been duped into believing Cortez had an “obstetric emergency.”

Cortez’s crime is not the only story the pro-abortion media has used to advance its cause of legalizing abortion in El Salvador. More than 17 women are at the heart of the debate over abortion, including María del Tránsito Orellana Martínez, who was convicted of aggravated homicide after her newborn baby was found strangled to death with laces from an apron. There were seven witnesses and photographic evidence, yet the pro-abortion organizations funded by Planned Parenthood in El Salvador claim she miscarried and was wrongly convicted of abortion. Her baby is pictured below. 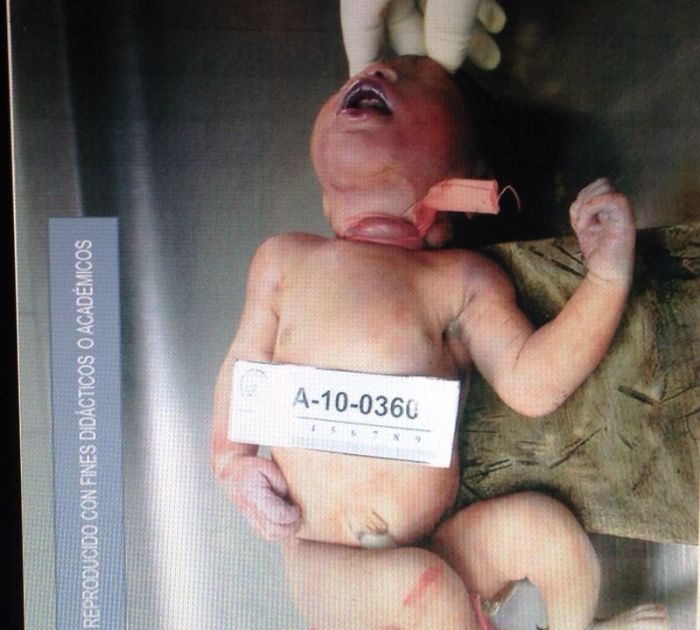 Evelyn del Carmen Sánchez Cabrera was also convicted of murdering her newborn, who was found “wrapped in rags moaning in pain inside a septic tank.”  Her baby was stabbed in the chest and neck and her cause of death was severe blunt trauma to the brain and perforation of the left lung caused by a knife. Cabrera even confessed to the killing. 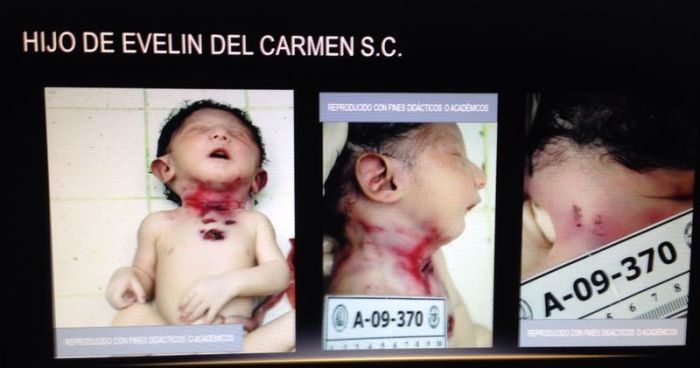 Abortion is never necessary. In cases of rape, abortion is an additional traumatic event that the rape survivor must overcome, this time with herself as the aggressor and her baby as the victim. In addition, abortion for cases of statutory rape would only allow child abusers to destroy the very babies that will prove they are abusing teenage girls. Abortion is a sexual predator’s dream come true.

For babies with a disability or health condition, abortion is an act of eugenics as it discriminates against the child for being different and sets an example that certain humans are better off dead. In addition, abortion is never necessary to save the life of the mother as countless doctors have attested to. Abortion is the intentional and direct killing of a preborn child. When a pregnancy has to be ended due to a serious health concern for the mother, it is faster and safer to deliver the child alive and attempt to save both lives than to take the time to dismember a child or induce cardiac arrest before delivery.