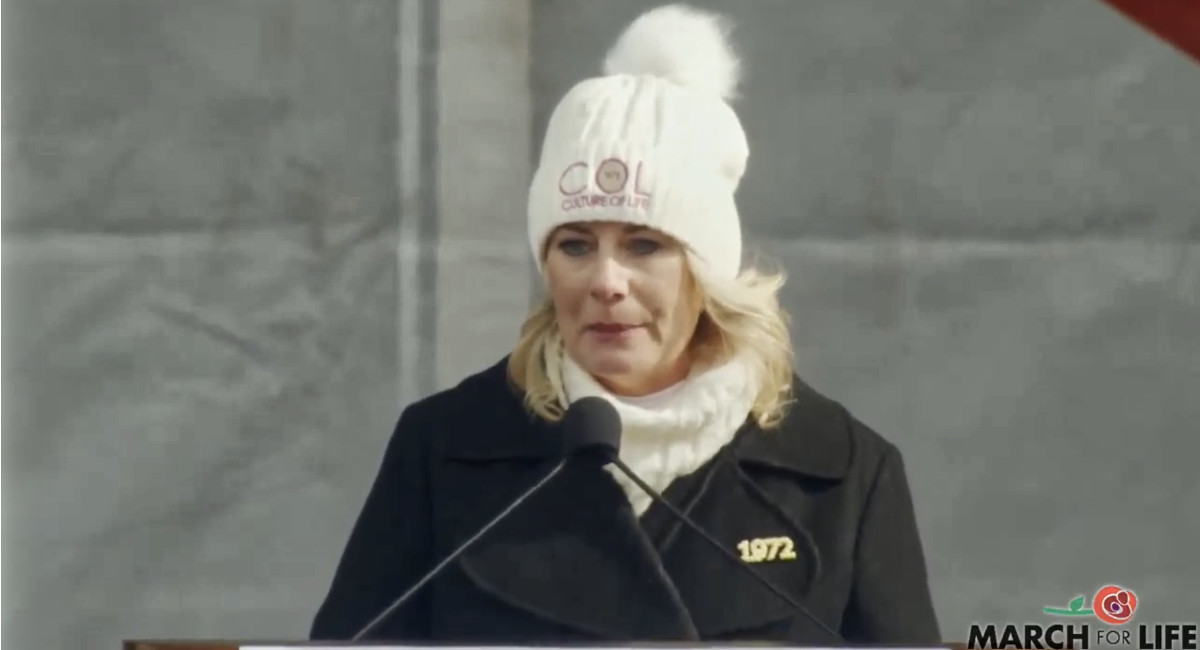 Duck Dynasty’s Lisa Robertson, author of the 2015 book, “Desperate Forgiveness,” which tells the story of Robertson’s own past abortion, spoke at the 2022 March for Life rally on Friday, January 21. Robertson is the wife of Alan, one of the well-known Robertson brothers of the Duck Commander clan.

Robertson was just 16 years old when she had her abortion. She told the March for Life rally crowd that she was told “three lies” by the abortion facility that day — lies that she said “would impact the life of my unborn child.”

The first lie Robertson said she was told was, “it’s just a glob of tissue. But that was a lie because we know that life begins at conception.” The second was, “I was told, your body will heal and be as good as new in a couple of days. That also was a lie. My body was never the same and I was never able to carry a child to full term.”

Many women have suffered physical and emotional complications after abortion, and their suffering is increased when they come to terms with the real facts about their aborted children and their development:

The third lie, she says, was “when you leave here today, you can forget this day ever happened. Again, that was a lie. That was 40 years ago and every day of my life I think of that day.” This type of abortion trauma is also unfortunately common.

Robertson also emphasized the need for pro-life Christians to “be pro-love and pro-life in a pro-hate and pro-choice world” and to “be pro-adoption as well.”

“Decide today, right here… that you’ll take up this fight for the life of the unborn and the countless women who will suffer as I have because of their decisions,” she said. “… [S]peak truth, speak life, speak love, and speak Jesus — and seek Jesus.”