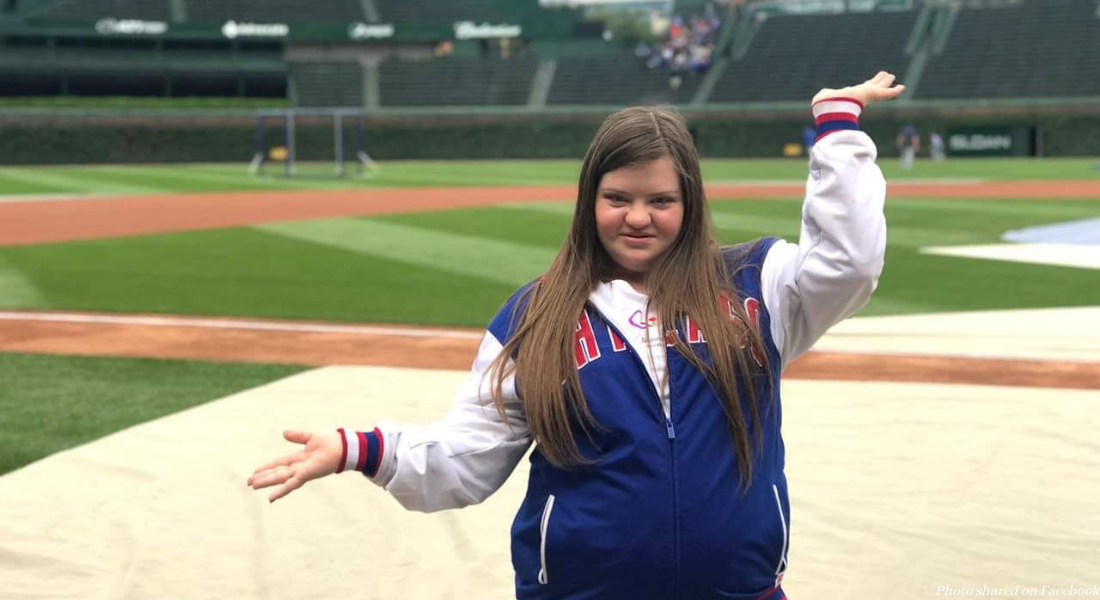 The namesake behind a chain of Down syndrome education and resource centers sang the national anthem at a Chicago White Sox game for developmental disability night on September 15.

For Gigi, singing the national anthem isn’t easy. With low muscle tone and speech impediments, it’s harder for her than for her typical peers, but her mom told Fox 32 that Gigi learned the words 10 years ago, and practices constantly.

“I’m just gonna thank God, because he’s given her this incredible platform to be able to show the world that people can do anything that they put their minds to and their dreams to and that, you know, a diagnosis isn’t going to stop her from making her dreams come true,” Nancy said.

According to Julie Taylor, the Guest Services Director for the White Sox, Gigi has fans of her own, too. “Gigi is like a rock star here, with fans coming to meet her and take pictures,” she told Illinois News Today, adding to ABC 7 Chicago, “It’s great to have her here and for all the people she’s helped.”

Yet for Gigi herself, she remained calm. “I never get nervous,” she said. “Only [my mom] gets nervous.”

Still, the moment meant a lot to Gigi’s mom, who said performances like this inspire other people with Down syndrome. “It was like a thank you God moment,” Nancy Gianni said. “She’s representing people who need our support, who need people to believe in them. See their potential, not their limitations.”

READ: UK mom says she was encouraged to abort at 37 weeks due to son’s Down syndrome

Earlier this year, a new Gigi’s Playhouse location in Sacramento, California, was vandalized with anti-disability hate speech. At the time, the organization said this was not unusual for disability organizations. “This is not the first experience with hate speech toward the Down syndrome community,” a news release said. “People with Down syndrome face lifelong discrimination and are often targeted for the disability that is written on their face. This act of hate speech was, quite literally, written on the images of local Sacramento-area children.”

It’s for that exact reason that events like this, with Gigi singing the national anthem, can be so meaningful. As Nancy Gianni said, “She has a diagnosis of Down syndrome on her face, and standing up today meant everything.”