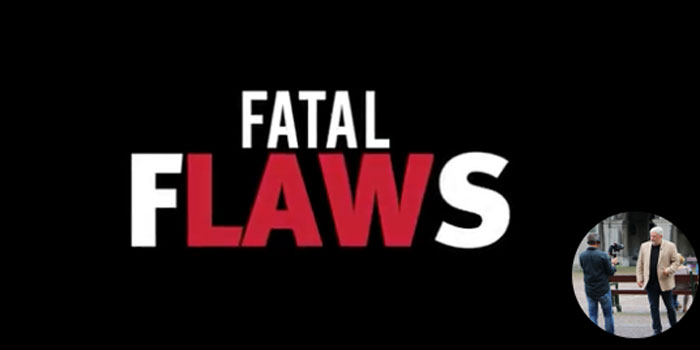 Next month, DunnMedia and the Euthanasia Prevention Coalition (EPC) are set to release a groundbreaking documentary that examines the dangers assisted suicide laws pose for vulnerable patients.

With the continued spread of assisted suicide legislation, there are more personal stories showing the effects of these laws. The stories show the inherent dangers of laws that sanction what before now was legally homicide. Fatal Flaws director, Kevin Dunn, and his team traveled around the world to interview people on both sides of the issue. Leaders of the euthanasia lobby are having second thoughts in the face of shifting cultural attitudes toward euthanasia; family members and survivors have witnessed the oversights in assisted suicide laws that put people at risk for deadly discrimination and abuse. In sharing these different perspectives, Fatal Flaws offers an unprecedented look at how assisted suicide laws endanger people’s lives.

EPC Executive Director Alex Schadenberg explained to Live Action News in an interview, “Many of the stories in the Fatal Flaws film are new stories, never heard before, and the story of Magreet, whose mother died by euthanasia without consent in the Netherlands, is the first story of its kind to be shared with the world.”

Fatal Flaws is not the first time DunnMedia and EPC have collaborated. In 2016, they made the documentary The Euthanasia Deception, which Schadenberg says “did very well and was an incredibly professional production but it was limited by the fact that it was clearly an advocacy film opposing euthanasia and assisted suicide.” From the experience of making that documentary, the idea for Fatal Flaws, a film examining the inherent problems with assisted suicide legislation as seen from both sides of the debate, was born.

Director Kevin Dunn’s passion for the subject matter is well known, so DunnMedia and EPC were logical partners for this second documentary interviewing advocates on both sides. The team found stories from people in many different countries, offering a broad perspective of the issues.

In interviewing assisted suicide advocates, the filmmakers had some disagreement about language. Dunn wrote on the film’s blog, “To be clear, the pro-euthanasia lobby cringes when I use words like ‘murder’ or ‘killing’ in my interviews. One group asked me not to use the term ‘assisted suicide’ as it might offend. One national broadcaster didn’t want me using the term ‘euthanasia.’” Despite this pushback, the team refused to use euphemisms. Schadenberg explained, “The euthanasia lobby wants to distort language enabling them to confuse people about what euthanasia actually is. We simply take the position that accurate language is necessary to convey the reality of euthanasia and assisted suicide.”

READ: Assisted suicide machine puts occupants to death with the click of a button

The reality is that euthanasia is a form of homicide. Schadenberg elaborated, “The act constitutes one person killing another person. Calling it aid in dying only confuses what it actually is. Assisted suicide is a form of suicide. When a doctor provides a lethal prescription to a patient for the purpose of suicide, then it is assisting a suicide. That is what it is.”

Another important aspect of the film is examining how assisted suicide laws become increasingly expansive. Assisted suicide activists insist that the laws that have been effect the longest, namely Oregon’s and the Netherlands’, have not changed and therefore cannot be said to introduce a slippery slope. However, recent studies show that the laws were crafted with imprecise language that allows for a broadening understanding of who qualifies for assisted suicide and even involuntary euthanasia. Schadenberg told Live Action News, “The euthanasia lobby states that there is not a slippery slope because the Dutch law has not changed, but in reality the interpretation of who qualifies under the Dutch law has incredibly expanded. Therefore the incremental extensions occur, not because the law changed, but because the law used undefined language, and the meaning of that language, over time, has expanded.”

The premiere screening of Fatal Flaws will be May 8 in Ottawa, and the team is currently scheduling screenings in other cities. The Euthanasia Deception had hundreds of screenings, and several people who saw the film changed their mind about supporting euthanasia. Fatal Flaws will likely have similarly powerful results, and the team hopes that thousands of people will watch it. Schadenberg told Live Action News, “The whole purpose of these films is to present a message that is not being presented by the regular media and to change the hearts and minds of those who watch the film.”

For more information about Fatal Flaws and screening the film in your area, visit the film’s website.