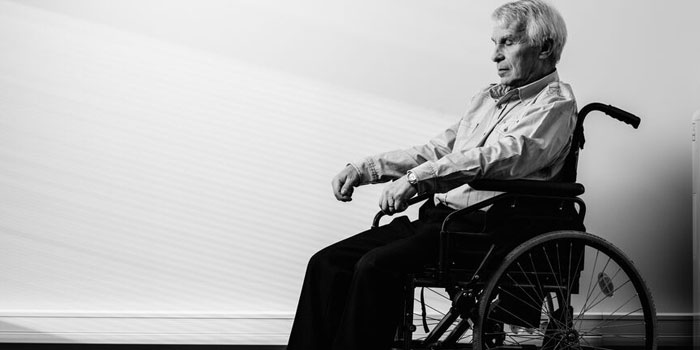 Around the world, assisted suicide continues to spread, largely unchecked. In places like Belgium and the Netherlands, there are seemingly no limits on who can be euthanized — and people with disabilities are prime targets. And while there are plenty of people willing to advocate for assisted suicide, disability self-advocates around the world have begun speaking out against it.

In the United States, California and Oregon are just seven jurisdictions that have legalized assisted suicide. Ben Mattlin, a 55-year-old man with spinal muscular atrophy, “a congenital, progressive neuromuscular weakness akin to muscular dystrophy,” has written an op-ed arguing that it’s not assisted suicide that we need, but better health care options to keep people alive. Mattlin recounts an experience he had in a hospital when a surgery complication left him with life-threatening sepsis. Doctors questioned whether they should intervene to save Mattlin’s life; his wife said yes. But the experience understandably stuck with Mattlin.

“The value of my life has been discounted by medical professionals, and others, more often than I care to remember. That’s because even at my healthiest, I am what some would consider terminally ill,” he says.

“Without extensive daily interventions — hands-on (and expensive) assistance with bathing, dressing, toileting, and feeding, as well as breathing treatments, wheelchair maintenance, and so forth — I wouldn’t last long,” he adds. “In fact, before recent medical advances, half of the infants diagnosed with my condition perished before age 2…. The knee-jerk questioning of whether my life is worth saving drives my opposition to the legalization of assisted suicide. And I know I’m not the only one who’s experienced this kind of dismissive attitude, the subtle pressures and invisible coercions to unburden others.”

California legalized assisted suicide last year, and as Mattlin notes, legal assisted suicide prioritizes death over treatment. Mattlin points to Brittany Maynard as an example, wondering if society had a different attitude toward those with debilitating and terminal illnesses, whether things might have been different for Maynard.

“Conditions like Maynard’s and mine are expensive to treat on an ongoing basis. Death is cheaper,” he continues. “Sure, anybody who tries to push someone toward seeking death under this law is liable for felony prosecution. Yet a lack of adequate health insurance coverage alone sends a pretty strong signal. To me, just having the state condone the option of unburdening others is tantamount to more than a green light. To the most vulnerable, it’s a kick in the pants.”

Mattlin is right: in both California and Oregon, patients are told that their insurance companies will not pay for treatment — but will pay for them to die. For an already vulnerable person, this can push them over the edge.

This isn’t solely an American issue; Australia is currently debating legalizing assisted suicide, with “right to die” advocates arguing that Australians should have the right to so-called “death with dignity.” Many people with disabilities, however, rightly see this “right” as a problem. Craig Wallace, of the disability advocacy group Lives Worth Living, also points out that many are willing to give people with disabilities the “right” to die, but not tools to live a better life.

“The reality is that people like me don’t get choices in too many areas of our lives,” Wallace writes. “That includes a preventative and tertiary health system that is staggeringly unfriendly to us, even if people with disability and/or chronic conditions should be their best customers.” People with disabilities already struggle to get adequate health care, with some unable to get care at all due to barriers in the system. “On the ground, I hear from people who can’t be examined by their GP because they don’t have a height-adjustable exam table. Clinics, primary care, dentists, holistic health and the tertiary health system still have significant barriers to access, especially in regional Australia.”

Using the example of a 43-year-old woman with cerebral palsy named Tina, who lives independently and is fully employed, Wallace outlines the issues Australians with disabilities face:

If Tina has aggressive cancer there is a very good chance that she couldn’t even get a proper medical exam or the kinds of screening recommended for women her age. She probably couldn’t even find a clinician with the time and capacity to communicate with her.

In the real world someone like Tina is also very unlikely to have a job and to be able to afford private health insurance or even find the informal supports that other people could call on following a life-changing health diagnosis. As a woman with disability she’s also far more likely to be facing various forms of violence or abuse that make life seem intolerable.

Choice? What a joke.

Wallace concluded that those with disabilities “are entitled to ask members of parliament: why are you hurrying to grant us the ‘choice’ to die when you never lifted a finger to fix the barriers that made our lives miserable or gave us equal access to preventative health?” He says that what’s lacking is true “equal access” to proper healthcare, adding that “offering us euthanasia isn’t an act of generous equality. It’s… a fake, cruel one-way exit for vulnerable people locked out of basic healthcare and other social and community infrastructure that others take for granted.”

In Britain, assisted suicide is also being considered — and disability self-advocate James Moore pointed out that people with disabilities are often treated as burdens. Moore argues that in Britain, people with disabilities frequently experience discrimination. “With a few notable exceptions, for example those rare individuals with the potential to become elite Paralympic athletes, British society does not value disabled people, or the contributions that they make,” Moore writes. “Britain is frequently in the habit of treating disabled people not as valued members of society, but instead as burdens or costs…. [T]he United Nations was moved to describe the situation facing them as ‘a catastrophe’ in a recent report.”

He also points out that people with disabilities largely survive at the whim of the state.

“To be able to live, and to make my pain manageable, I am reliant upon drugs and medical intervention,” he explains. “Because of that a terrifying thought often comes unbidden… [w]hat happens if a Government not known for its compassionate nature says, you know what, you cost too much. But here, you can have some barbiturates if you want.”

Noel Conway, a British man with a motor neuron disease, petitioned the High Court for the right to kill himself through assisted suicide, and was denied. While Moore says he understands and sympathizes with Conway’s stance, he cannot get behind it — and argues against the position of needing assisted suicide before one becomes a “burden” on loved ones, as espoused by none other than Stephen Hawking himself. “It’s very possible that an otherwise more or less happy disabled person could suddenly find themselves in a difficult situation with family or carers, could, as a result, start to become so convinced that they were a ‘burden’ that they might feel the same way when with the proper support they wouldn’t dream of it,” Moore says.

He makes a good point; most people who request assisted suicide do so not because they fear horrible pain or the symptoms of their disease, but because they are afraid that they will be a burden on their loved ones, are battling depression, or because of a lack family support. When these underlying issues are addressed, the request for assisted suicide is typically withdrawn.

People with disabilities are right to fear the legalization of assisted suicide. It preys on the vulnerable, those who are sick or disabled, the poor, the elderly, and the mentally ill. And more people need to speak up against it, before the floodgates truly open, and can’t be closed again.