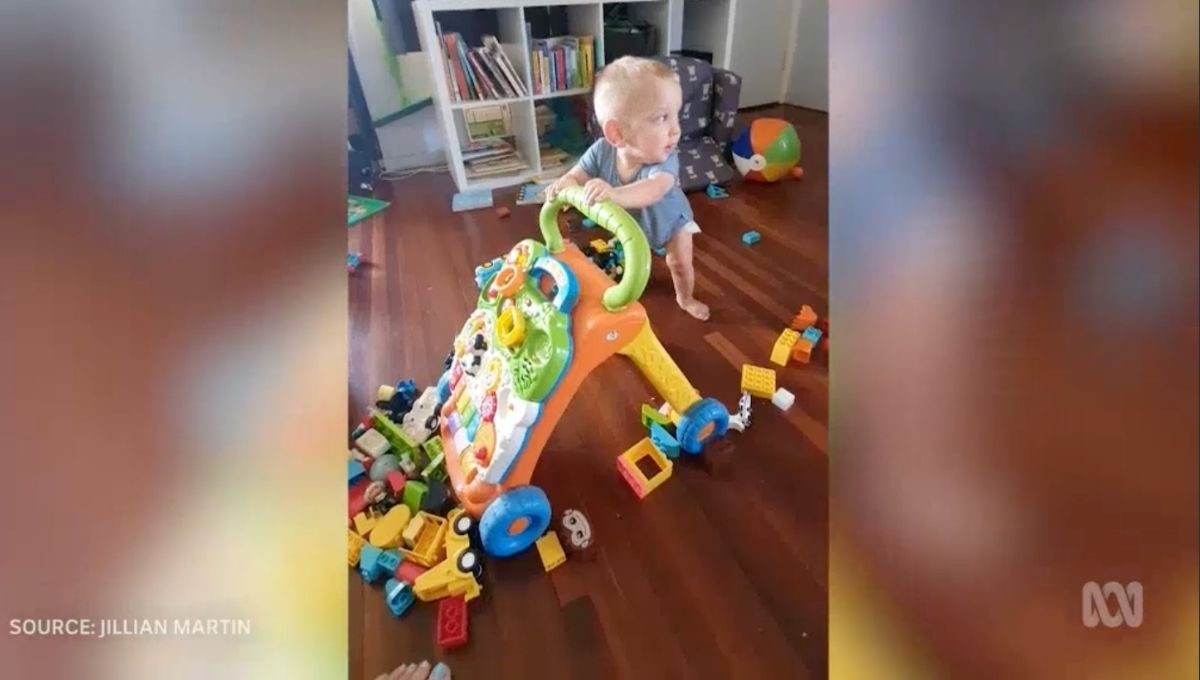 A one-year-old boy in Australia has been astounding doctors from the moment he was born prematurely at 23 weeks. Never expected to survive, Isaiah is now taking his first steps and giving hope to other families.

Isaiah’s mother Jillian Martin’s water broke when she was only 20 weeks pregnant. Doctors took her to the stillborn ward, reported ABC, because they didn’t expect her baby to survive. “They said my son was going to be stillborn, because you’ve got about a 98 per cent chance of going into labour after your water breaks,” she said.

She and her partner Dan Rhodes “were devastated” by this news, but Martin didn’t go into labor as doctors has predicted. She was able to carry Isaiah for three more weeks, giving him the time he needed to get stronger. “I still had a bit of fluid left, albeit on the lower side of normal,” she explained. “As they carried out more checks, the baby’s heartbeat was fine.”

Martin was flown to Townsville University Hospital to give birth, but once she was there, doctors told her they thought her baby boy would be born brain dead. “That was hard,” she said. “You’ve had all this hope and you’ve stayed so positive this entire time and then you’re just railroaded.”

But when Isaiah was born at just over 23 weeks, he was very much alive. He weighed just 700 grams and was taken to the Neonatal Intensive Care Unit, where he would stay for four months. “After it was all done, I was standing in the NICU looking at him and I just couldn’t believe how small he was,” said Martin. “You have so much doubt running through your head — ‘How is something this small going to survive?”

Over the next four months, Isaiah endured blood transfusions and steroids. He has chronic lung disease, retinopathy of prematurity (eye disease), and high-functioning cerebral palsy. When it came time for him to go home with his parents and brother, they were anxious to no longer have the 24-hour care and the monitors that had been a constant in their lives since Isaiah’s birth, constantly reassuring them of his good health and signaling any trouble.

“I missed those beeping noises,” she said. “On our first night home, I’m pretty sure I could hear the ants crawling along the floorboards.”

One night at home, Isaiah’s lungs partially collapsed and he was diagnosed with RSV (respiratory syncytial virus) and HMPV (human metapneumovirus). The doctors told the parents that having those two viruses at the same time should have killed Isaiah, but he fought hard. After three weeks in the intensive care, he was “back to normal.”

“The doctors were just astounded,” said Martin. “They said he had defied all the odds, and as he’s grown, he’s continued to surprise us.”

Now the couple is celebrating Isaiah’s first steps and working to spread awareness for prematurity to give other parents hope.

“Yes, things happen in pregnancy and it’s not always straightforward,” said Martin. “But sometimes it’s not a death sentence and miracles can happen.”

This month, Curtis Zy-Keith Means made history as the youngest surviving premature baby. Born in July 2020 at just 21 weeks and one day, Curtis is now the Guinness Book of World Records holder, beating the previous record-holder Richard Hutchinson born at 21 weeks and two days. These babies prove that the idea of “viability” is a false notion. Every living human being — including those in the womb — is viable because she is alive. A human’s natural environment for the first 40 weeks of her life is her mother’s womb. No human could survive outside of their natural environment, but that doesn’t make them any less human or any less viable.

Every preborn child and premature baby should be given the best chance at life that doctors can provide.