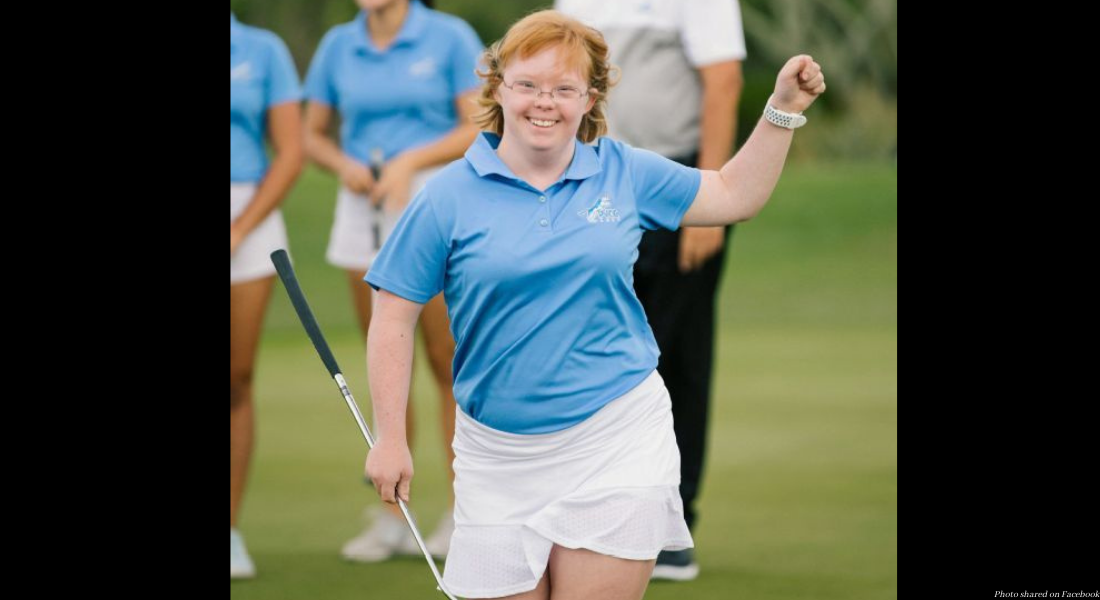 Next week, Amy Bockerstette is going to make history. Bockerstette will be competing in NJCAA national championships with her Paradise Valley Community College teammates, making the 22-year-old golfer the first person with Down syndrome to compete in a national collegiate athletic championship.

Bockerstette is no stranger to the world of golf. In high school, she excelled, becoming the first person with Down syndrome to qualify for the Arizona state high school tournament, a feat she accomplished twice. She then earned a full athletic scholarship to Paradise Valley Community College for golf.

She’s also competed in the Special Olympics, and gained widespread media attention after she made par on the famous 16th hole at TPC Scottsdale, with Gary Woodland, a golfer on the PGA Tour, watching.

“I’ve been blessed to do lot of cool things on the golf course, but that is by far the coolest thing I’ve ever experienced,” Woodland told reporters that day. “She was phenomenal. And then to step up in front of all the people and the crowd and everything and to hit the shots that she hit and made par. I’ve never rooted so hard for somebody on a golf course and it was an emotional, emotional really cool experience.”

Now, Bockerstette is taking on the national championships. According to her father, Joe Bockerstette, she’s been well-loved her entire life. “I remember saying when she was five or six years old, this child changes people,” he told the Associated Press. “She has this sort of love and light everywhere she goes.”

Growing up, she bowled, swam, played basketball, baseball, and soccer, but especially excelled at golf. After her amazing moment with Woodland, she’s since been taking her fame to the next level, attending the ESPYs, going to golf tournaments, and speaking at the National Down Syndrome Congress.

“My superpower is confidence and believing in myself,” she said during her speech. “With your superpower, you can create your own purpose.”

READ: Mom publishes diary to share the good things about parenting a child with Down syndrome

What has allowed Bockerstette to do so well in golf is her ability to focus, and ignore the pressure around her. “That’s just Amy,” her father said. “She doesn’t get nervous. The bigger the moment, the more likely she’s going to love. She has so many examples in her life of doing that.”

She and her family also launched the I Got This Foundation, inspired by the mantra she repeated to herself before her famous round on the 16th hole. The foundation helps give golf instruction and opportunities to play for people with developmental and intellectual disabilities. And with the national championships next week, it seems Bockerstette’s opportunities to shine are just getting started.