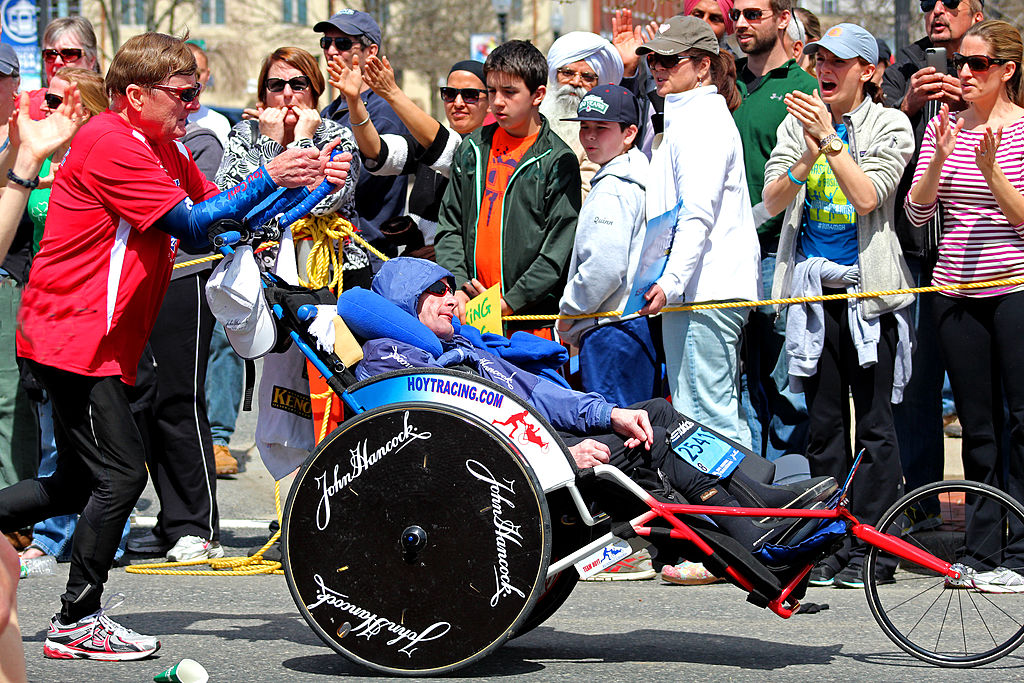 Dick Hoyt, the father who became a runner to help his son feel like he was “not handicapped,” has died at age 80.

Hoyt inspired thousands of other runners, but most importantly he inspired fathers and disabled athletes when he began pushing his son Rick in a wheelchair in hundreds of races, including the Boston Marathon. His son Russ Hoyt told The Associated Press that his father passed away peacefully in his sleep at his home in Massachusetts on Wednesday morning.

“He had an ongoing heart condition that he had been struggling with for years and it just got the better of him,” said Russ. Russ and his brother Rob broke the news to Rick.

Rick was deprived of oxygen during his birth and is a quadriplegic with cerebral palsy. He was 12 years old when he first began to communicate using a special speech device. He told his father he wanted to take part in a five-mile race to help a teenager who had been paralyzed in an accident. Hoyt was not a runner, but he agreed to push Rick in the race. When that race was over, Rick told his father, “Dad, when I’m running, it feels like I’m not handicapped.” That’s when Hoyt became a runner and Team Hoyt, a charity to assisted disabled athletes, was born.

READ: Team Hoyt’s final Boston Marathon a tribute to a son’s potential and a father’s love 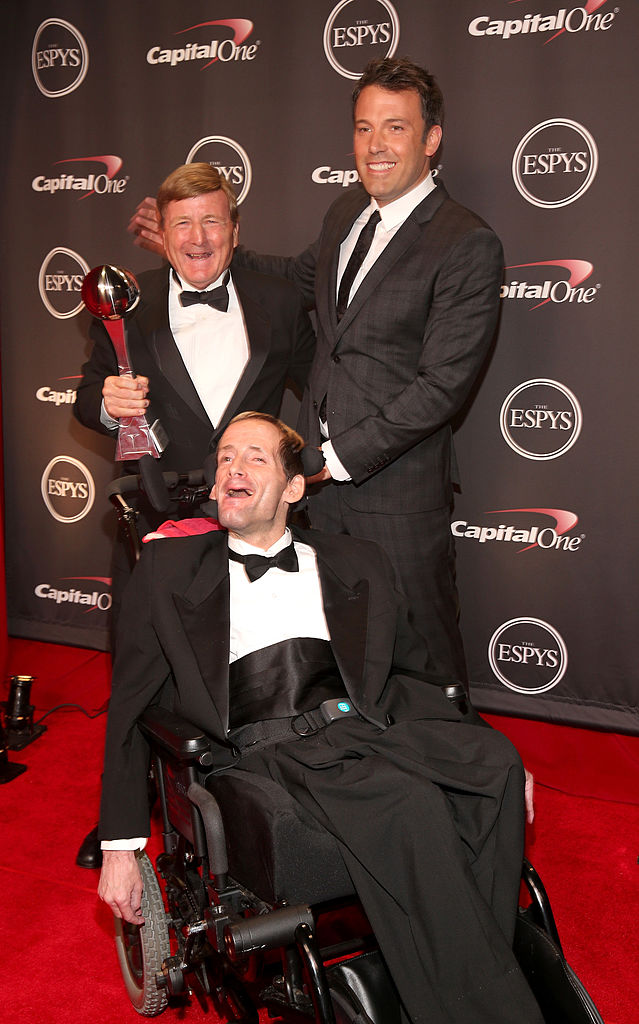 For 37 years, Hoyt pushed, pulled, and carried his son through thousands of races, including marathons, duathlons, and triathlons. They even took part in the Boston Marathon 32 times, as well as the Ironman, which includes a 2.4-mile swim, a 112-mile bike ride, and 26.2-mile run. The father and son team also participated in a run and bike across the United States, covering 3,735 miles in 45 days in 1992.

Having planned to retire from racing in 2013, the father and son team was at the Boston Marathon for the race when it was bombed, and they weren’t able to finish. They returned in 2014 to race the Boston Marathon one final time before retiring. In 2015, Hoyt served as Grand Marshall of the race, and a statue of the pair stands in front of a school in Hopkinton, near the starting line of the marathon.

Rick continued to participate in racing for another five years along with Bryan Lyons, a dentist who took over pushing Rick but sadly passed away unexpectedly at the age of 50 in June of 2020.

Though seen as an inspiration, Hoyt shied away from that title, saying, “I just love my family and I just want to be the very best father I can be.” 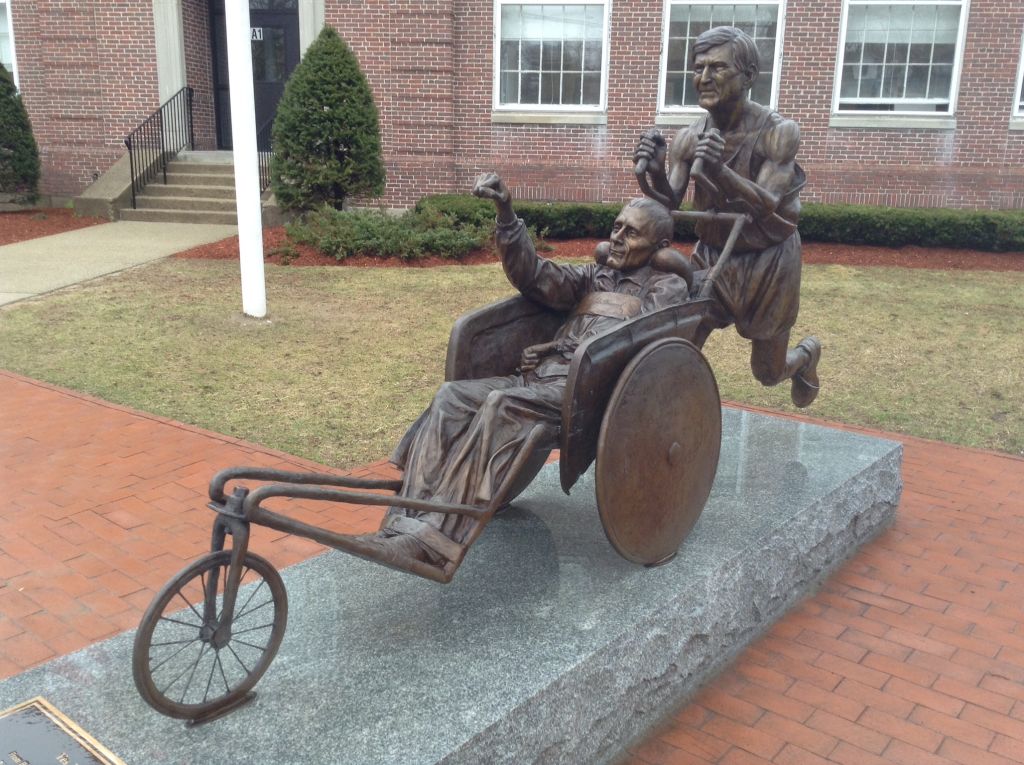 According to Fox News, the Boston Athletic Association, which runs the Boston Marathon, called Hoyt a legend.

“The B.A.A. is tremendously saddened to learn of the passing of Boston Marathon icon Dick Hoyt,” the organization said in a statement. “Dick personified what it meant to be a Boston Marathoner, showing determination, passion, and love every Patriots Day for more than three decades. He was not only a fan favorite who inspired thousands, but also a loyal friend and father who took pride in spending quality time with his son Rick while running from Hopkinton to Boston.”

Though doctors said he should be institutionalized, over the years Rick graduated from Boston University and moved out on his own. He hopes that people look at him and see an intelligent person, not a person with disabilities. “I may be disabled but I live a very fulfilling life,” he said. “I have showed to disabled people that they don’t have to sit back and watch the world go by. They, too, can go to school, get a job, and be included in everyday life.”