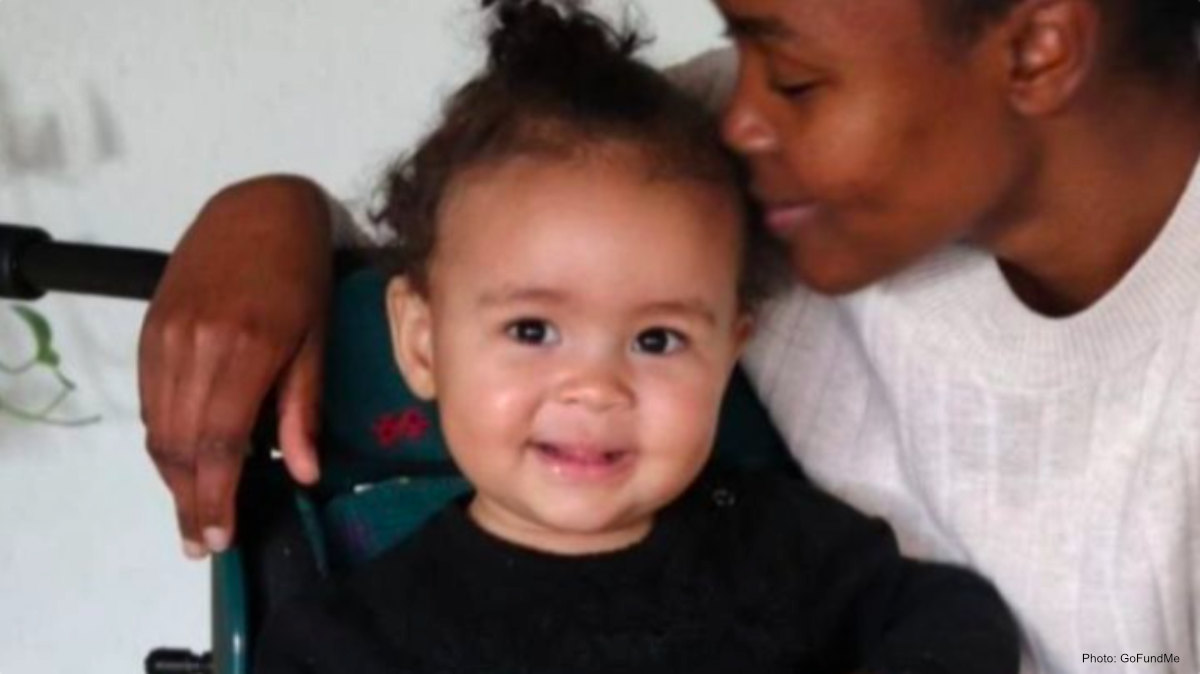 The parents of 14-month-old Ayah Lundt of Denmark are in a desperate race against time, needing to raise $2.1 million for a life-saving medical treatment for their daughter. Little Ayah, born in January of 2020, was diagnosed at nine months old with spinal muscular atrophy (SMA), a historically incurable group of hereditary genetic diseases that can progressively rob apparently healthy children of the ability to walk, and then crawl, and then eat, and then breathe. Of the four types of SMA, Type 1 is the most lethal, and children who have it almost always die before age two. Lundt has Type 2, which has a longer life expectancy but comes with characteristic severe motor impairment that progressively causes breathing difficulties and prevents independent standing or walking.

Though Lundt was a bouncing, bubbly baby for the first nine months of her life, a visiting home nurse referred her concerned parents to a doctor after the baby suddenly stopped doing things she’d previously done. According to CNN, Lundt’s alarmed mother Mary noted that she could no longer “lift her head while lying down, sit on her own or clap — all things she’d excitedly done before. Her legs caved when she tried to crawl or stand. The key red flag came when she was unable to eat oatmeal with a spoon — something she’d done numerous times.”

After the unexpected diagnosis, Lundt’s parents learned that a gene therapy treatment called Zolgensma — dubbed the most expensive drug in the world — was her only hope. The one-dose medication “delivers a fully functional copy of the gene into the target nerve cells, altering the child’s biology and improving muscle movement and function” and is only given to children under age two. While Lundt’s mom said that she would likely never walk again, the medicine could dramatically impact her breathing. Respiratory failure is the most common cause of death in children with spinal muscular atrophy.

With a $2.1 million price tag, the drug offered by Novartis Gene Therapies in the United States is not covered under Denmark’s universal health care system. Because the drug is conditionally approved in the European Union, Lundt is not eligible for a lottery offered by Novartis Gene Therapies to children from countries which have not approved the drug. Thanks to the lottery, 100 free doses of Zolgensma (Live Action News highlighted one lucky recipient here) were distributed in 2020, and a similar amount are anticipated to be given away this year.

According to CNN on March 31st, Ayah’s parents Mary Mithika and Frank Lundt had raised just $60,000 despite reaching out to friends and family in both Mithika’s home country of Kenya as well as in Denmark. But after international news coverage, including stories from Nairobi to Australia, a GoFundMe account for Lundt had raised $1,229,860 as of April 6th. Lundt’s devastating story is rapidly becoming a reminder of the universal power of human kindness, and comes at a time when so many people feel so divided the world over.

Contributors to the GoFundMe fundraiser offered well wishes and prayers for Lundt and her family.

One couple wrote: “We donated because life is a blessing from God and medicine that can save a life should never be so expensive that those who need it cannot afford it. May God bless Ayah, her family and every soul that is loving and good.”

Another contributor wrote: “I’m a mother of three so I get it. My family is praying for yours and we send you blessings and prayers for good health for your daughter.”

Another wrote: “I care, may you live to tell your story Aya, Tunakupenda sana. To the mom, your strength is admirable, keep fighting gal, you got this.”

In February of 2021, Live Action News featured the story of the youngest child to ever receive Zolgensma. Diagnosed prenatally with spinal muscular atrophy, Lexa Dennis received Zolgensma at just four days old, and she is expected to be virtually unaffected by the disease. A neurologist commenting on her case noted, “Gene therapy is transformational for children with SMA and their families. It’s very rare in the medical field to find a cure for a genetic disease. To think that SMA could potentially disappear like polio has is remarkable.”