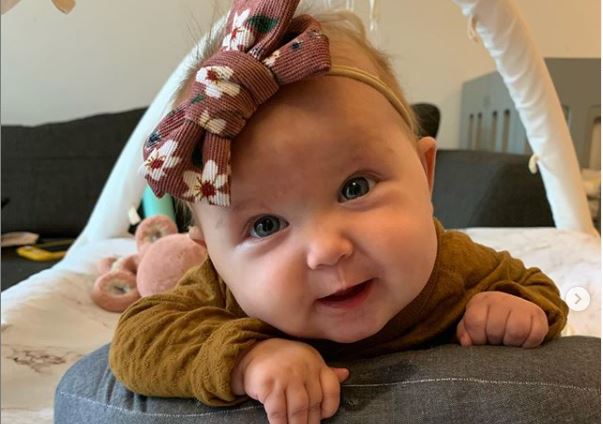 When Lucy Van Doormaal was just five weeks old, she was diagnosed with a life-threatening genetic disease called spinal muscular atrophy (SMA). Now seven months old, Lucy has been given a new chance at life after winning a lottery to receive an experimental, potentially life-saving gene therapy treatment… for free, according to CNN.

SMA comes in four varieties. Lucy’s type, Type 1, is both the most common and the most severe, generally leading to death by age two due to muscle loss. According to the National Institute of Neurological Disorders and Stroke, SMA specifically “refers to a group of hereditary diseases that damages and kills specialized nerve cells in the brain and spinal cord (called motor neurons)” which impact “movement in the arms, legs, face, chest, throat, and tongue, as well as skeletal muscle activity including speaking, walking, swallowing, and breathing.”

Lucy’s family went into full-on fundraising mode, racing against time to fund a one-time gene therapy treatment called Zolgensma that is FDA-approved in the US but not yet cleared for use in Canada where the family lives. Zolgensma “replaces the genetic root cause of SMA with a one-time-only dose and replaces the function of the missing or nonworking survival motor neuron 1 (SMN1) gene with a new, working copy of a human SMN gene” according to the drug website. Clinical studies have shown remarkable and sustained motor improvements in patients who received Zolgensma, and the price tag is a hefty U.S. $2.2 million, translating to Canadian $2.9 million. In July, Lucy’s mom Laura told CNN, “They have put a price tag on my daughter’s life, and that’s extremely difficult to digest.” 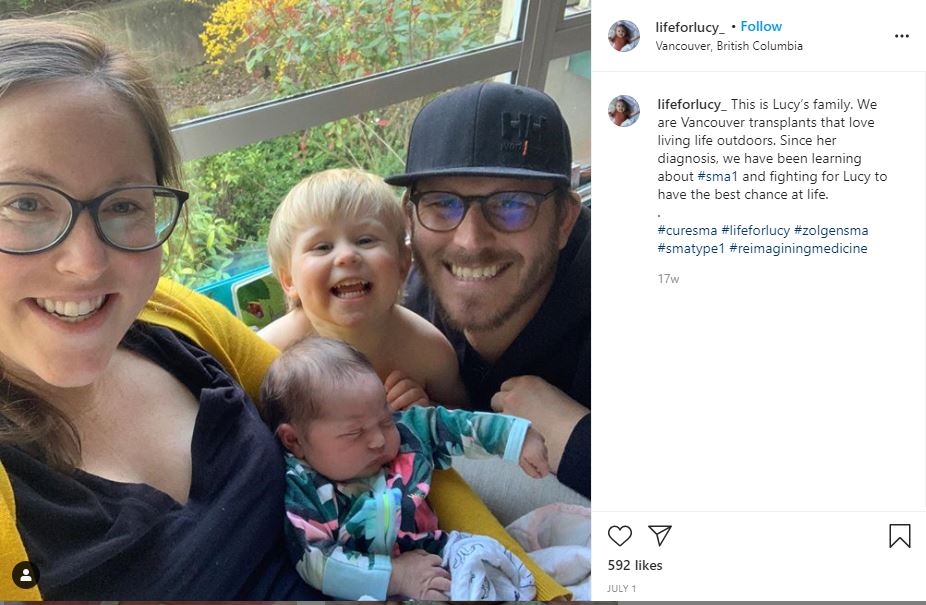 But all of that changed in the blink of an eye after Lucy was randomly selected by Novartis Gene Therapies to receive the treatment free of charge through its Managed Access Program (MAP). The lottery program just launched this year and is intended to provide financial relief for families in countries where Zolgensma is not yet approved for use, and thus funded completely out-of-pocket by desperate families.

“We were totally shocked,” said Laura. “We didn’t expect this outcome but we were just so happy because our single goal was providing the treatment to Lucy.” Lucy has received the treatment, and her family is already noticing big gains. “The biggest changes are her head control, really quickly after the treatment she was able to hold her head up which is something she’s never done before. She can sit with some support and hopefully one day she’ll crawl.” Lucy’s improvements are leading her family to dream big for her future, a future that seemed out of reach just three months ago. “Maybe one day she’ll even walk. That’s really an optimistic dream, I know, but we like to have high expectations and we don’t want to hold her back.”

Now that Lucy has had the treatment, the family is focusing on her recovery and progress. They are also taking the time to enjoy her as a baby. “[B]ut we also now have to face the grief we are feeling from the diagnosis and process what our new life looks like,” said Laura. “These are all healthy things that needed to happen, so we definitely feel so much more hopeful about our future.”

The nearly two million dollars raised by the Van Doormaal family before Lucy won the free treatment has been divvied up to cover her future medical expenses and to help other children with the same diagnosis.